If decoupling is not in the cards, the United States must find a way to ensure trade improves the lives of workers – on both sides of the Pacific. 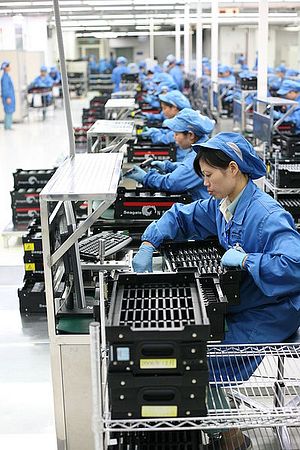 The closest the United States has to this type of tiered citizenship is its 10.5 to 12 million undocumented migrants, whose wages are suppressed by a lack of legal status, as well as the 20 to 23 million Americans whose felony convictions hamper their earning potential.

A Worker-First Approach to China

Like Vietnam, China’s industrial sector faced a wave of strikes in the 2000s and 2010s. In China, just as in Vietnam, reformers in the country’s single party-controlled union federation began to experiment with collective bargaining, especially in the manufacturing hub of Guangdong province. Talk about instituting a «right to strike» emerged amidst a strike wave in 2010.

This article was written by Michael Haack

To read the full article, please click on the following link: https://thediplomat.com/2021/02/could-biden-make-us-china-trade-better-for-workers/