President Biden wants to increase corporate taxes to help pay for his so-called infrastructure plan. The plan actually spends more on “progressive” priorities, including a down payment on the Green New Deal, than on infrastructure.

Much of the spending will benefit state-favored businesses. For example, the plan provides money to promote manufacturing and electric vehicles. So, the idea is to raise taxes on all corporations and then use some of the received tax payments to subsidize government-favored businesses and industries. 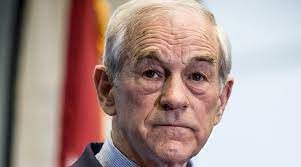 Thus, the greater role government plays in the economy the less prosperous the people will be — with the possible exception of the governing class and those who make their living currying favor with the rulers.

Yellen’s global corporate tax proposal will no doubt be supported by governments of many European Union (EU) countries, as well as the globalist bureaucrats at the Organization for Economic Cooperation and Development (OECD). For years, these governments and their power-hungry OECD allies have sought to create a global tax cartel.

The goal of those supporting global minimum taxes enforced by a global tax agency is to prevent countries from lowering their taxes. Lowering corporate and other taxes is one way countries are able to attract new businesses and grow their economies. For example, after Ireland lowered its corporate taxes, it moved from being one of the poorest countries in the EU to having one of the EU’s strongest economies. Also, American workers and investors benefited from the 2017 tax reform’s reduction of corporate taxes from 35 percent to 21 percent.

Yellen and her pro-global tax counterparts deride tax competition between countries as a “race to the bottom.” In fact, tax competition is a race to the top for the countries whose economies benefit from new investments, and for the workers and consumers who benefit from new job opportunities and new products. In contrast, a global minimum corporate tax will raise prices and lower wages, while incentivizing politicians to further increase the minimum.

A global minimum corporate tax will also set a precedent for imposition of other global minimum taxes on individuals. This scheme may even advance the old Keynesian dream of a global currency. The Biden administration is already taking steps toward a global currency by asking the International Monetary Fund to issue more special drawing rights (SDRs).

Global tax and fiat currency systems will only benefit the world’s political and financial elites. In contrast, regular people across the world benefit from limited government, free markets, sound money, and reduced or eliminated taxes.