Fragrant rice in the joyous festival of Bengalis 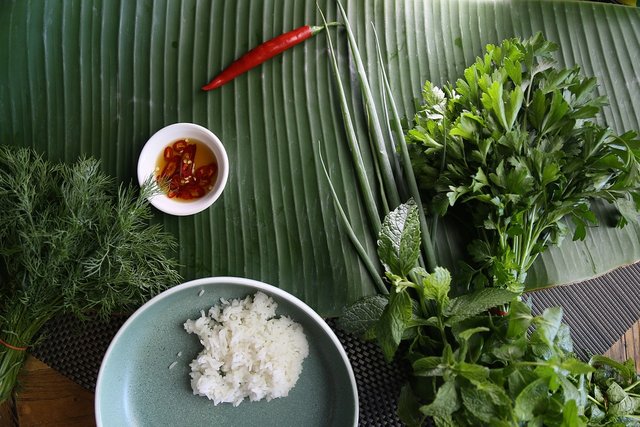 The nature of Bengal seems to have spread all its glory in the minds and hearts of every Bengali man and woman. In Bangladesh, various types of juices and fragrant aromas thrill our hearts and minds. In the middle of each season, Bengalis find various festivals full of diversity. That is why the festival-loving Bengali nature is intoxicated with the highest use of all its splendor and tries to make the most of the entertainment in his own heart by setting up a moon market like himself in the festive mood by combining sadha and sadhya.
Although there is no abundance of wealth and splendor, there is no shortage of Bengali merriment and spiritual hospitality. For this reason, I understand that Bengali poets and writers have been composing various poems on the nature, environment and nature dependent festivals of Bengal by mixing the sweetness of their minds. The soil, climate and climate of this country are much more suitable for agricultural production, as there are very few countries in the world. In the language of the poet, it is said that wealth is full of flowers, this Bashundhara of ours / the country in it is the best of all countries / and the country made with that dream is surrounded by memories./ You will not find such a country anywhere, / the queen of all countries is mine Homeland, / He is my homeland, He is my homeland.
In this land of Bengal, in all seasons of the year, including winter, summer and monsoon, there is indeed a golden crop. Along the way of the conspiracy season, in the winter season of Bengal, the winter frosts and the stars, the scaffolding, the splendor of the paddy fields adorned with awe-inspiring ripe paddy fields, the autumn season shakes the Bengalis hard. A farmer cultivating aman paddy with sweat on his head and feet remembers the message of endless peace in such a scene of his golden paddy field. The peasants of Bengal rejoiced with the joy of receiving the fullness of Digantana's yard autumn. "Nabanna" or New Paddy Food Center is basically a folk festival. The festival is celebrated at the center of rice collection, the main food grain in the agrarian civilization. According to the followers of traditional religions, the main reasons for the introduction of this festival are the availability of more crops, rain, fertility and the desire for livestock. In different parts of India and Bangladesh, different communities and tribes are celebrating Nabanna festival at different times. After harvesting aman paddy in autumn, on the first day of the month of Agrahayan or in the month of Poush, the householders used to celebrate this festival.
There are various types of fragrant rice produced in our country throughout a large area of ​​Bengali Nabanna festival. These fragrant rice phirni payesh, jorda, roasted khichuri are very popular in Nabanna festival. Scented rice is also very popular in polao, biryani, kachchi and cooking in the Nabanna festival of a little quality kalebar. Fragrant rice is our native tradition. Districts of North Bengal like Dinajpur, Thakurgaon, Panchagarh, Rangpur, Naogaon, Rajshahi etc. are at the top in the production of aromatic rice. Dinajpur's traditional fragrant Kataribhog rice has spread its fame in the country and abroad. At one time the local varieties of Kataribhog, Kalijira, Chinigunda, Chini Atap, Badshabhog, Khaskani, Begunbichi, Tulsimala etc. were valued but now the rice scientists of our country have shown great success in this regard. In the meantime, Bangladesh Rice Research Institute has developed high yielding fragrant paddy, Brie Dhan 38, Brie Dhan 38, Brie Dhan 50, Brie Dhan 83, Brie Dhan 70, Brie Dhan 90. The Bangladesh Atomic Agriculture Research Institute has already developed two more fragrant rice without rice 9 and without rice 13. Of these fragrant rice, all but Bri Dhan 50 and Bri Dhan 63 are grown in the aman season, which is a new addition to our Nabanna festival. The aroma of fragrant rice has now left the national arena and taken its place in the international arena. In July this year, the Ministry of Commerce, FC Trading Corporation was given permission to export one thousand metric tons of aromatic rice. This is also a message of joy for us in this year's Nabanna festival.
The global epidemic, which began in Wuhan, China in late 2019, continues to hamper the normal flow of people and the celebration of happiness. In the midst of this global crisis, under the strong leadership of Hon'ble Prime Minister Sheikh Hasina, agricultural development activities, massive incentives in agriculture, loan assistance to farmers at 4% simple interest, supply of agricultural machinery at 50-60% subsidy have not stifled our agriculture. The ranking has risen from fourth to third; Asia has topped the continent in increasing the rate of mechanization in agriculture. Apart from this, the overall agriculture of small Bangladesh has achieved other international rankings.
Above all, boro and aus paddy have had bumper yields than the target during the Karuna period. Farmer brothers are the big partners of this achievement, the Ministry of Agriculture and all their affiliated organizations are on the side of the farmers under the patronage of the government. The huge staff of the Department of Agricultural Extension, the largest institution of the Ministry of Agriculture, is working closely with the grassroots farmers.
It is expected that aman paddy production like Boro and Aus will also have bumper yields than the target; Farmers will smile, their paddy fields will be filled with golden paddy; The use of aromatic rice will increase. Economic development in the agricultural sector will be possible.