To use an Austrian idea to explain Marxism's notion of alienation

The genius of Ludwig von Mises, and the Austrian School of Economics in general, was their rejection of the Positivist notion of a perfectly rational, profit maximizing homo economicus - arguably the most evil idea in all of economics. Karl Marx shared, and in a way, preceded them in this rejection, so today we're going to use an Austrian idea to explain Marxism's notion of alienation.
In case you guys have forgotten - after all, Facebook kept me in the freezer for a while - alienation is the artificial estrangement between Man and his work, allegedly brought about by capitalism. Capitalism, to Marx, however, wasn't the same thing as a free market system. He used the term to refer to the system in which traditional feudal elites could perpetuate their power by manipulating markets - what rational people now call "crony capitalism".
The proper understanding of Marx's ideas begs the question: is there something in crony capitalism that necessarily causes a split between people and their work, or is that just another Marxist idea that appeals to people by blaming their individual failures on an external, collective entity? 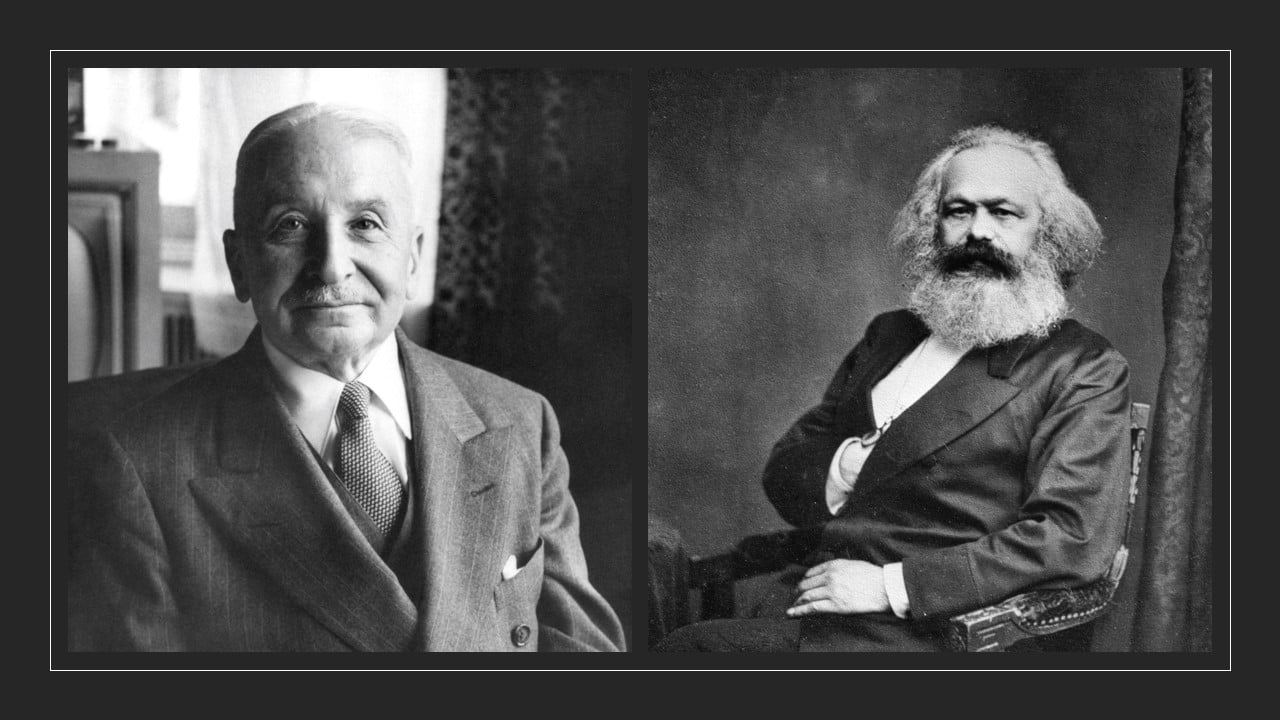 When talking about labor and salaries, Mises differentiates between mediate and immediate gratification of labor. As the name implies, mediate gratification is gratification mediated by secondary rewards, while immediate is gratification that arises from the work itself.
Take swimming as an example. People swim because it is good for their health; because it makes their bodies look better; because it might be useful in an accident; because it teaches them discipline. Those are all mediate forms of gratification for swimming - you want to swim because of a secondary reward in the future. Many people however, simply like to swim - they enjoy the very act of swimming, and the way it makes them feel. That direct enjoyment of an activity is its immediate gratification.
How exactly does that relate to crony capitalism?
It does because a regime of debt-based currency, regulated by a central bank, causes the immediate gratification - i.e. the monetary aspect - of a business to artificially grow in importance.
A businesses' only metaphysical necessity is solvency. If its owner produces as much as it spends, the business can remain in existence. From that point on, it becomes a matter of how much immediate gratification one is willing to trade for mediate gratification - of how much the producer will indulge himself, as a producer, and how much he will indulge his consumers, in return for more money.
This isn't an easy exchange to balance, as a producer who works only for money will likely hate every minute of his work, and a producer with no customers will perish. It is, however, an easy alternative to identify when we see it - we can all tell the difference between, say, the wine section of Walmart, driven strictly by the maximization of profit, and an old-school dedicated wine store, driven by its owners passion for wine, made profitable.
When you throw a central bank issuing debt-based money into the mix, you make saving impossible - after all, how can you save if your currency is debt? By making saving impossible, you make every single business artificially "addicted" to credit. If interest rates are artificially going up, as they did a few decades ago, you must loan out money to keep the business afloat - if they're falling, as they are now, you must constantly take out loans to remain competitive.
By forcibly subjecting every single company to the credit market, you make every company play by its rules - the simple rule of minimizing cost while maximizing revenue. Businesses which could otherwise be forms of slowly and productively turning previously saved wealth into income, while giving its owner a pleasurable routine, become economically impossible - not by metaphysical necessity, but by a central-planner's design.
The profit motive is spiritual in nature, and highly individual. To reduce "profit" to "currency", which is essentially a social tool, is to reduce man's individual soul to its social relationships. This gap between what a business should mean to its owner, and what it does mean once it's been changed by a parasitic credit system is what I call the "artificial meaning gap".