let's start our objective dive into Marxism... but where?

So let's start our objective dive into Marxism... but where?
A good place to start would be at his labor theory of value, but there's not much to be salvaged there. Although it was the standard theory for most European economists at the time, and people often misrepresent it as an intrinsic theory of value - when it's actually a collectivistic version of the subjective theory of value - it is, indeed, crap. Because of that, I'll save it for the end of this series, and start instead with the most fundamental of his interesting ideas: his theory of money.
Like the Austrians, the Salamancans, and any other half-decent school of economic thought, Marx saw money as a spontaneous creation. He did not view it as the deliberate creation of a central planner, but as a homogeneous, marketable commodity that was, by its own nature, suitable to mediate trade - and was thus used for that purpose by multiple, independent individuals.
In consonance with proper schools of economics, he viewed money as the fundamental technology that allowed us to go from barter to indirect trade - in his terminology, to go from a C-C' trade, to a C-M-C' trade, where C stands for "commodity", and M for "money". Also like proper schools of economics, he realized how that would overcome the problem of "coincidence of wants", allow for the development of a credit system, specialized labor, and an overall increase in people's quality of living. 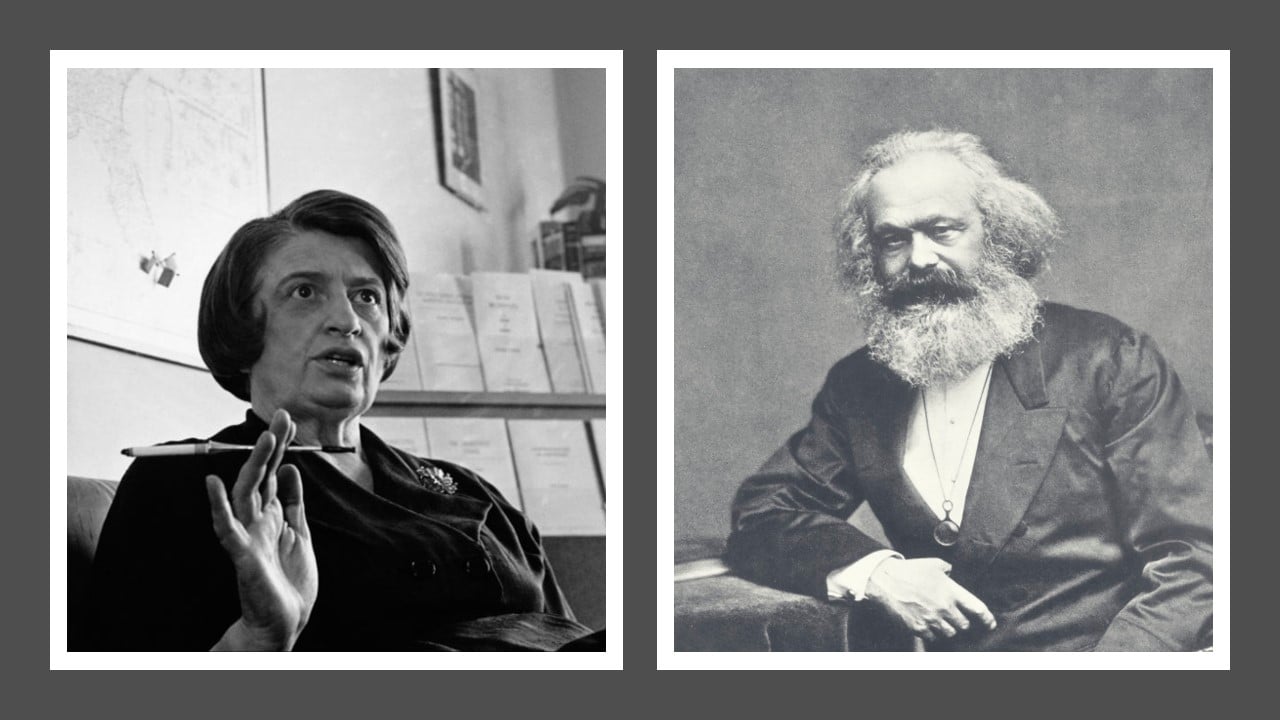 The problem, for Marx, began with the inversion of this logic, from C-M-C' to M-C-M'. In other words, he identified that people are susceptible to the mistake of reversing causality. Instead of trading a good they produced for money, so they could purchase a good they want to use, some people would ignore the objective value of goods, and see them exclusively as means by which to increase their supply of money, which they would end up never spending.
This reversal is the origin of Marx's "capitalist", which he viewed as "capital personified, and endowed with consciousness and a will". The capitalist, however, wasn't "the bad guy" in Marx's eyes - he was somewhat of a neurotic altruist, throwing his own life away, but making our lives better. He saw the existence of professional capitalists as a small, self-inflicted hick-up on what was otherwise the ideal system: free-market. He says so, explicitly, around the end of chapter 5, in the first volume of Das Kapital - this passage was so shocking to me, I still remember where it is almost a decade after reading the book.
The parallels to Ayn Rand's Objectivism are uncanny at this point. Trade is morally good. The free-market is the ideal political and economic system, allowing individuals to improve each other's lives selfishly. Money is like a car, but it will not replace you as the driver. You cannot reverse cause and effect. Marx even calls this reversal a form of "reification", and uses the word with the same meaning as Rand's "reification of the zero" - to treat a non-existent, such the immediate value of money, as if it existed.
I believe this is one of the main reasons behind Marxism's attraction to young people - he identifies a real, widespread problem. Anyone who has been in a business environment for long enough knows people like that - individuals who adopt money itself as their ultimate purpose, and throw their lives away in its pursuit, instead of pursuing value. This is a form of collectivism, and usually results in a very bad, and well-deserved mid-life crisis.
So if Marx praised money, free-trade, and even the capitalist in his altruistic ways, where did he go wrong? How does one go from "let individuals trade freely" to "let's commit genocide"? The answer lies in his idea of "primitive accumulation of capital", which I will explain tomorrow - spoiler alert: he viewed the capitalist as a tool that could be exploited by monarchs to perpetuate the wealth they'd stolen.
710.950 SEREY
6 votes
0 downvote