Some moments with goat cubs... 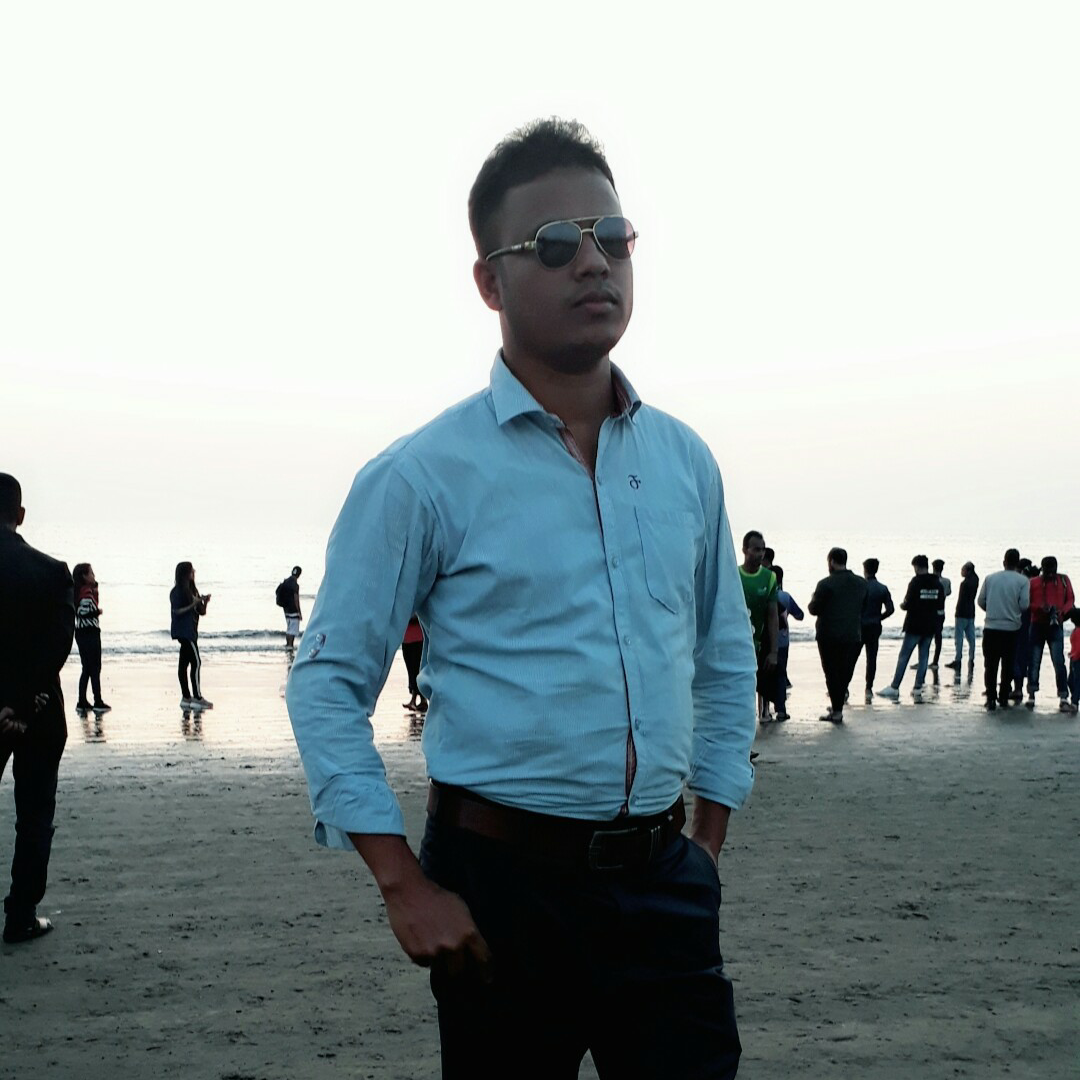 A few days ago I spent some time with two goats which I liked very much. Then two goats were eating grass and jumping. Besides, they were looking at me with very magical eyes and were coming very close to gesturing with their hands. But before touching with his hand, the two get into a mischief or move away a little. Maybe I was a little scared. 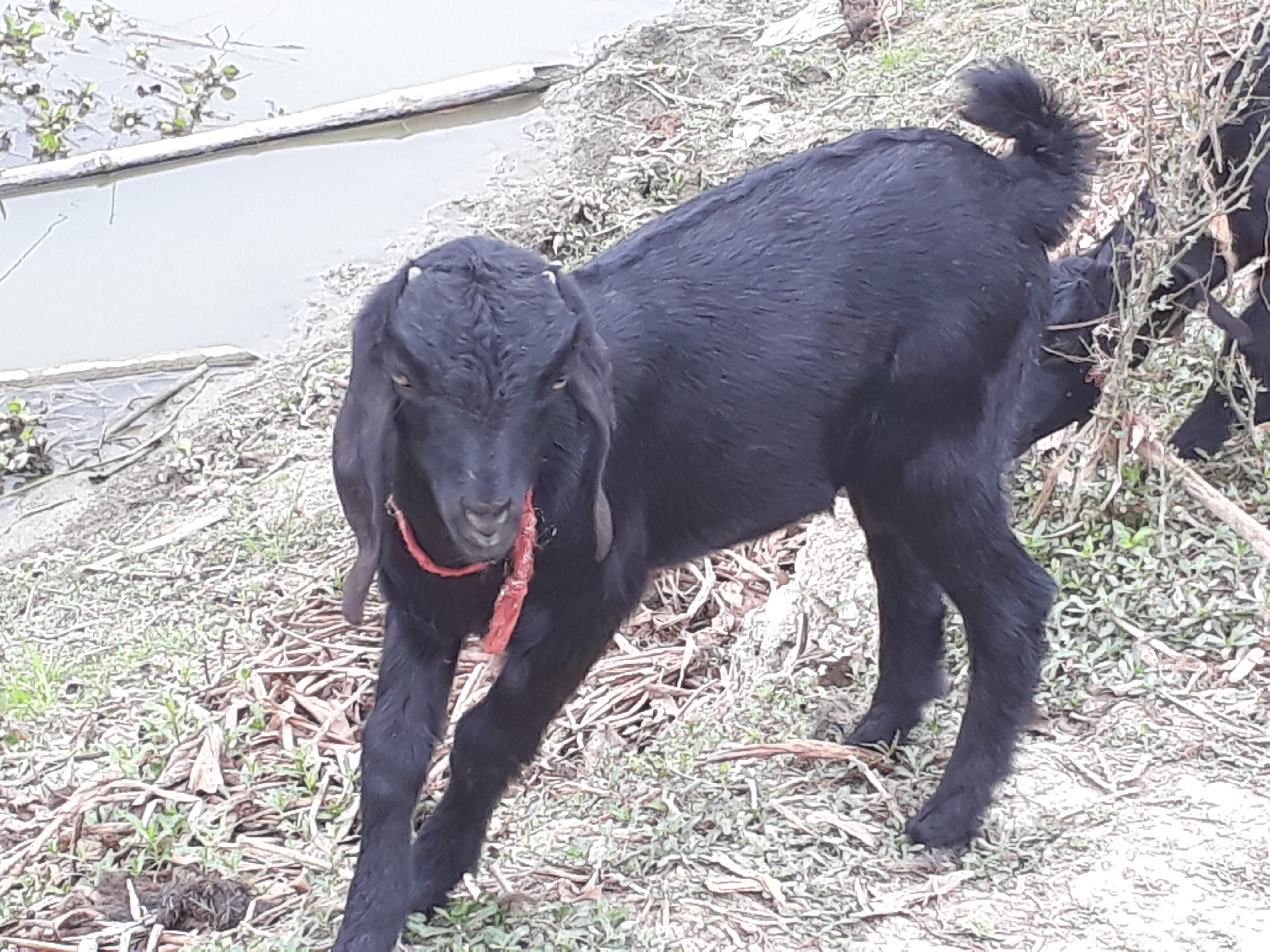 Perhaps these were very hungry. So these didn’t want to spend time with me and focused more on eating grass. Because they have stopped drinking milk for some time. So they were eating grass to find them. He was looking at me occasionally again. Which fascinates me even more. 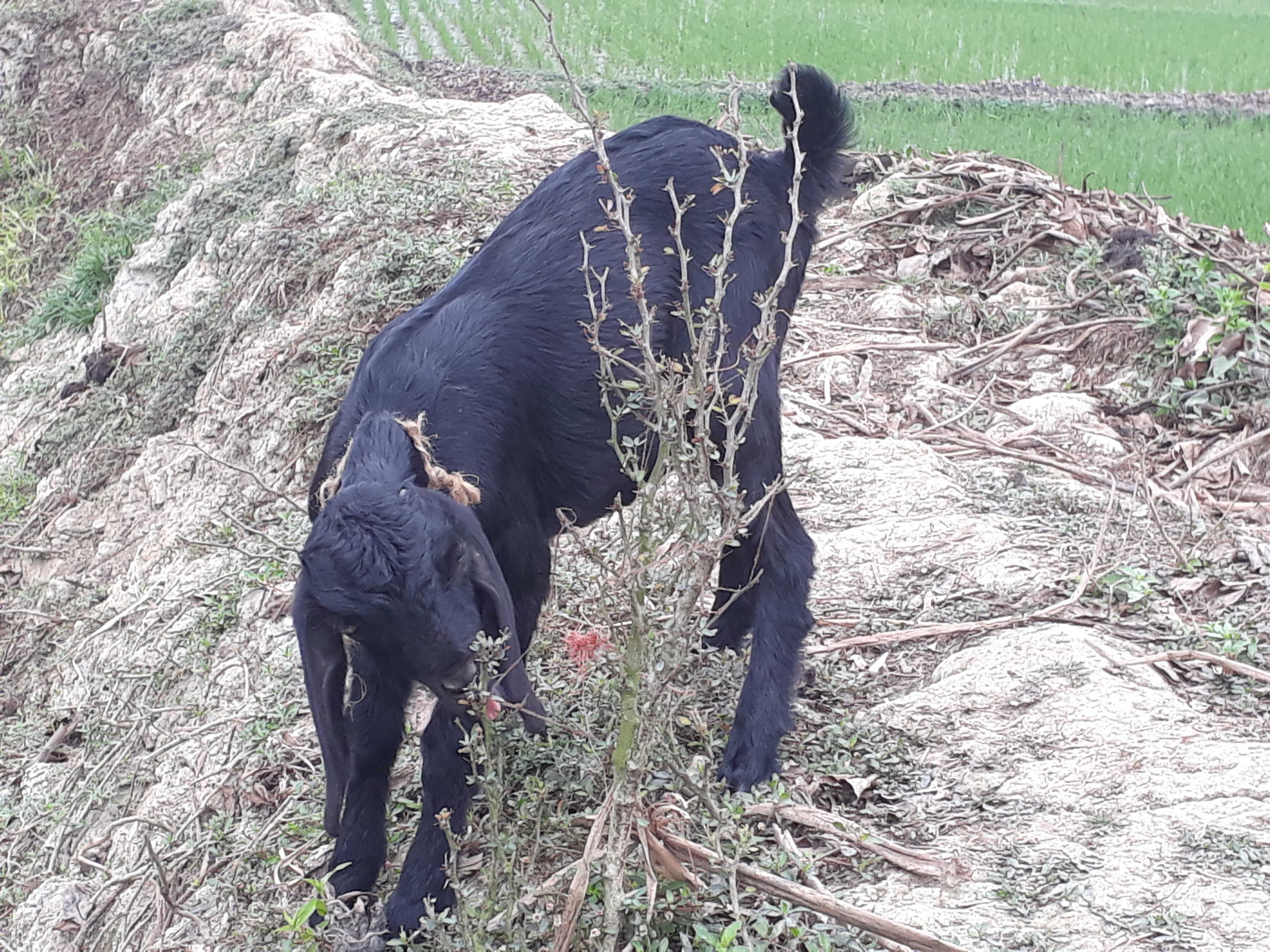 I was fascinated by the magical look of the two goats. It's as if they're pointing at me or trying to say something. Again it seemed to me that he was saying with his eyes to give them a little caress. I really liked this scene. 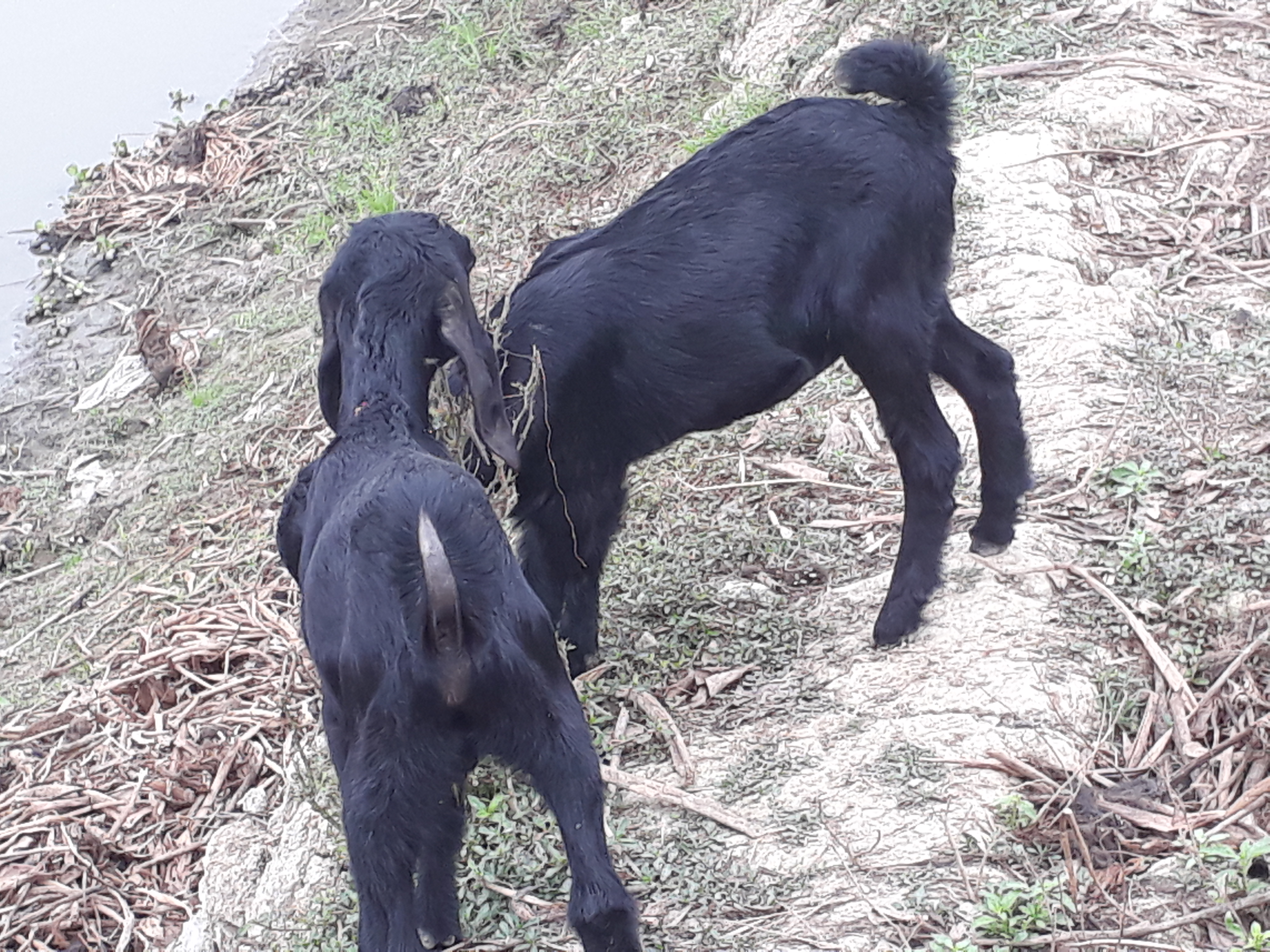 At present many families in our country keep goats. The goat can easily recognize its owner when it sees it. Goats can be good companions to people like dogs. Even it lives very close to humans.

Like a pet dog, a goat deserves to be accompanied by a human. A lot of times it jumps away and sometimes it gets naughty with people. In other words, like other pets, goats have the ability to communicate with humans. Even like a dog, a goat is capable of building hearts with humans and this animal is as intelligent as a dog.

These two kid goats tried to express themselves with me. Although I fail to understand that. Because I don't understand the language of animals. Then I really enjoyed spending time with these two kids and I really enjoyed the whole time. Although they did not touch my hand. Because the moment I touched them with my hand, they were moving away. Maybe these were a bit scary.