Wharton School analysts concluded that Biden’s proposed spending binge would actually lead to a smaller economy in 2022. Here’s why.

President Biden is hitting the road and traveling across the country to pitch his $1.9 trillion COVID-19 stimulus and relief spending proposal to voters. 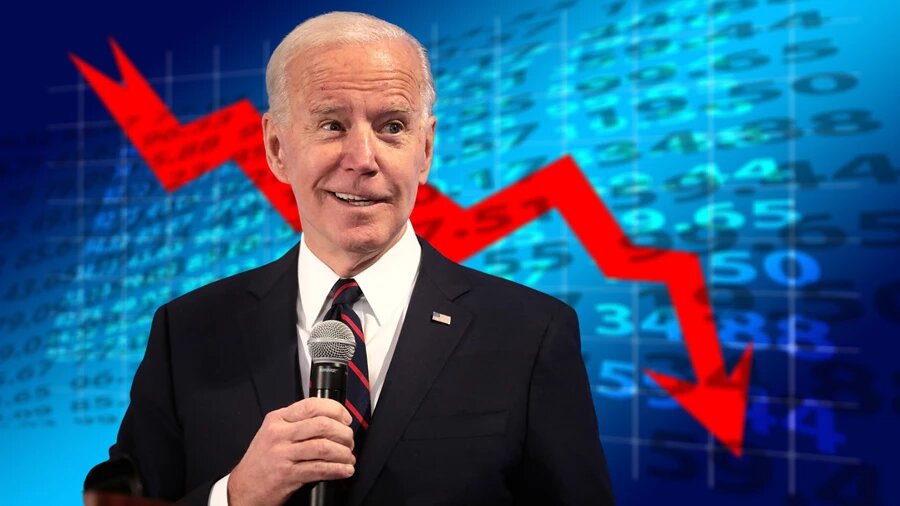 The legislation includes $1,400 relief checks, a further six-month expansion of “temporary” super-generous unemployment benefits that often pay more than work, $350 billion for bailouts for state and local governments, partisan provisions like a federal $15 minimum wage, and much more. Economists interviewed by FEE warned the package was an “economically unjustified” plan that “incentivizes unemployment.”

Yet with his road trip and ongoing lobbying efforts, Biden hopes to persuade voters and members of Congress that his stimulus proposal is necessary for long-term economic recovery. But a new Ivy League analysis suggests the opposite.

Scholars at the University of Pennsylvania’s Wharton School of Business analyzed the plan and found that the massive spending splurge—which costs roughly $13,260 per federal taxpayer—would only cause a “slight uptick” in economic growth in 2021. The analysts warned that this minor boost would just be “instant gratification,” and that the skyrocketing government debt caused by the blowout legislation would undermine any gains in the medium-to-long term.

“The existence of the debt saps the rest of the economy,” Wharton analyst Efraim Berkovich said. “When the government is running budget deficits, the money that could have gone to productive investment is redirected.”

“Effectively, what we’re doing is taking money from [some] people and giving it to other people for consumption purposes,” he continued. “That has value for social safety nets and redistributive benefits, but longer-term, you’re taking away from the capital that we need to grow our economy in the future.”

Biden’s costly plan would explode the national debt. This, per Wharton, would lead to a “crowding out” effect over the coming years as more loan money is taken away from productive business/private sector investments and instead consumed by government debt.

So, Wharton concludes, Biden’s spending binge would actually lead to a smaller economy in 2022. How’s that for “stimulus?”

And we must also consider the other elements of Biden’s plan that would sabotage the economic recovery, like the inclusion of a federal $15 minimum wage. This partisan provision would eliminate millions of jobs, devastate struggling small businesses, and lead to higher consumer prices.

You might be wondering: Why would anyone support a stimulus effort that offers only small short-term gain in exchange for long-term economic detriment? It’s due to a common flaw in policy thinking that focuses on the seen benefits while ignoring the unseen costs.

Famed economist Frédéric Bastiat discussed this fatal flaw of policymaking in his essay "What Is Seen and What Is Not Seen in Political Economy.”

“[A] law gives birth not only to an effect but to a series of effects,” Bastiat wrote. Only the first effect is foreseen by naive policymakers who fall victim to this fallacy, while the many second-order consequences remain unseen.

“It almost always happens that when the immediate consequence is favourable, the ultimate consequences are fatal, and the converse,” he wrote. “Hence it follows that the bad economist pursues a small present good, which will be followed by a great evil to come, while the true economist pursues a great good to come—at the risk of a small present evil.”

It’s fair to say that in this case, the president is thinking like a bad economist. (Or a good politician).

Biden knows that the short-term benefits of his proposal—like $1,400 checks in many peoples’ mailboxes—will be seen and felt by millions of voters who will directly credit him for it. (His name will even be on the checks). Yet the vast and diffuse costs imposed on people by the plan over time will most likely never be directly traced back to the legislation itself, instead observed only by economists and analysts who parse broad economic data and trends.

So, Biden’s proposed stimulus can simultaneously be an economic net-negative and a political winner. And, unfortunately, many of our politicians won’t mind the tradeoff—because the only loser in this political bargain is the average American citizen.