When we finally have the full figures, total taxpayer money lost to fraud by the US federal government will likely be bigger than the entire economy of many small countries.

Whenever the government spends money, a significant portion is lost to bureaucracy, waste, and fraud. But the sheer speed, haste, and unprecedented scope of federal spending in response to the COVID-19 pandemic—an astounding $6 trillion total—has led to truly unthinkable levels of fraud. Indeed, a new report shows that the feds potentially lost $200 billion in unemployment fraud alone.

“More than $200 billion of unemployment benefits distributed in the pandemic may have been pocketed by thieves, according to ID.me, a computer security service that 19 states — accounting for 75% of the national population — use to verify worker identities,” Yahoo Money reports. “That's more than triple the official government estimate of $63 billion based on the 10% pre-pandemic fraud rate.”

To put that $200 billion figure in context, it is equivalent to $1,400 lost to fraud per federal taxpayer. (There goes your stimmy check!)

Or, comparing it to the $37 billion the federal government spent on vaccine and treatment development, it’s more than five times more lost to fraud than went to arguably the most crucial COVID initiative of all. That’s just scratching the surface. According to the American Enterprise Institute, “unemployment fraud” now ranks as the 4th biggest federal COVID expenditure out of more than 17 different categories.

We’ve covered some of the craziest examples of stimulus fraud at FEE.org since the spending blowout began. Notable highlights include the up to $850 million lost to a Nigerian scammer ring—yes, seriously—in Washington State and the rapper arrested after stealing $1.2 million and… rapping about it. Funny as they may be, these examples are just a few compared to the thousands we don’t know about. 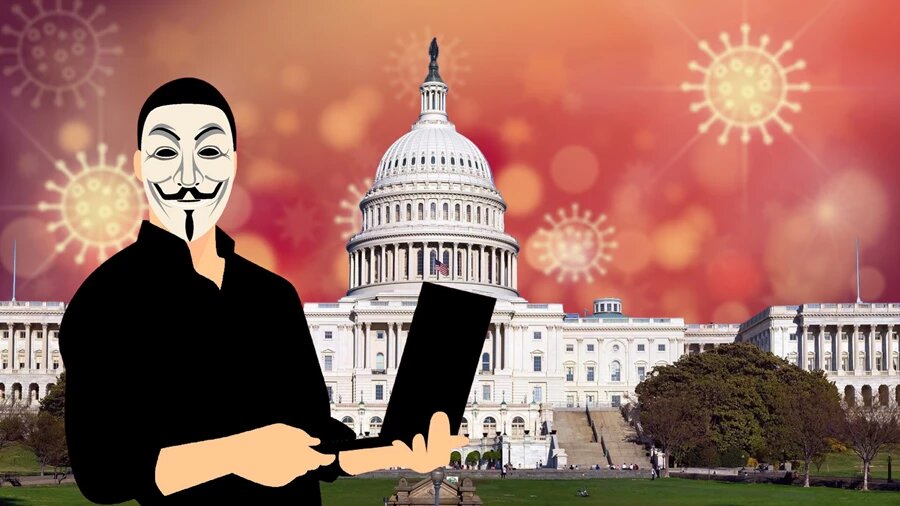 And, to be clear, this is just the fraud from one specific part of the COVID relief spending. There are undoubtedly billions more that we’ve lost to fraud across the fraud-rife Paycheck Protection Program and other federal initiatives. (Like when we sent billions in “stimulus checks” to dead people and random foreign citizens!) When we finally have the full figures, total taxpayer money lost to fraud by the US federal government will likely be bigger than the entire economy of many small countries.

Hard-working taxpayers of any political persuasion will undoubtedly find this level of waste and incompetence frustrating. But, while it’s true that the pandemic chaos undoubtedly exacerbated the problems, we cannot dismiss this as a one-off fluke. Rather, as Nobel-prize-winning economist Milton Friedman famously explained, fraud and waste are inherent to government spending by its very nature.

Indeed it is. When it comes to big government spending programs, pandemic-related or not, taxpayers must realize that fraud and waste are simply baked into the cake.