President Biden has just unveiled a new $2.3 trillion “infrastructure” plan, but a shockingly large portion of this bill is actually unrelated to infrastructure.

The plan includes massive subsidies for corporations as well as state and local governments, and comes right after the administration’s proposed increase in the corporate tax rate, which would raise the rate from 21 percent to 28 percent. 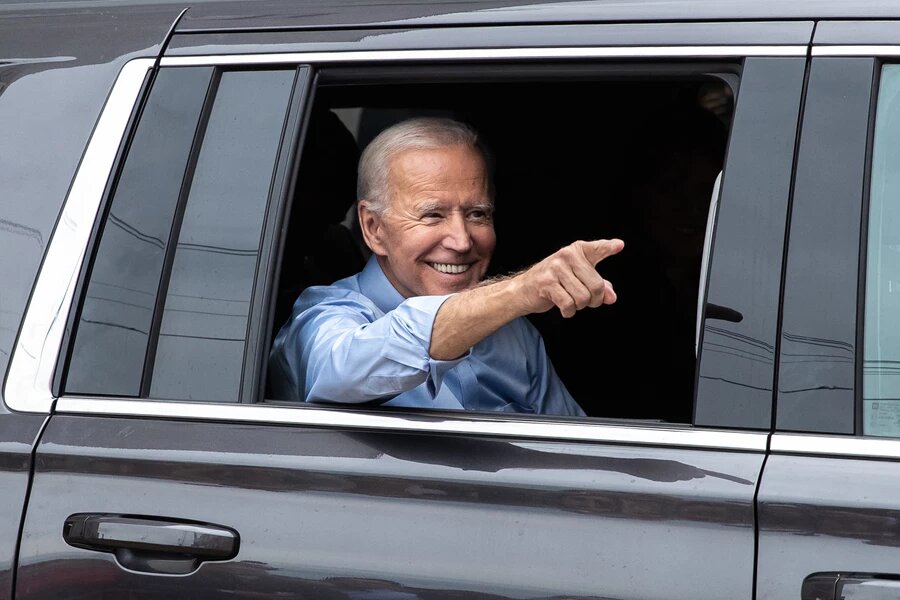 What the plan overlooks is that corporations are already investing heavily in the industries they aim to subsidize. For example, companies like Tesla and Volkswagen have invested billions into developing electric automobiles and charging infrastructure. Biden’s plan would aim to influence consumer spending decisions through the creation of further incentives for such vehicles. In other words, these companies would see their profits boosted as a result of artificially increased demand. The same goes for Verizon and T-Mobile that have invested in broadband, and Mitsubishi and Siemens that have invested in wind energy.

Subsidizing multi-billion dollar corporations and pumping up their profits is corporate welfare, not an infrastructure plan. The private sector built hundreds of thousands of gas stations across the country, and if there is demand for it, they will do the same with charging stations for EVs. A federal takeover of business investment decisions in this manner will inevitably have repercussions.

The Biden administration has included $100 billion to “decarbonize” the US electric grid, essentially eliminating coal and natural gas, alongside $213 billion for affordable housing and $400 billion to bolster home health-care. Despite President Biden’s push for bipartisanship, partisan political spending runs through his plan.

This plan comes on the heels of Biden's proposed corporate tax hikes.

The current administration is betting that damage caused by jacking up taxes will be outweighed by the massive amount of federal spending in this proposal. As the president of the Tax Foundation, Scott A. Hodge put it, “Based on CBO’s (Congressional Budget Office) assessment of the economic and budgetary effects of federal investment, there is no reason to believe that the economy will be better off with such a trade.”

The CBO estimates that $2 trillion in federal spending will yield about $1.3 trillion in actual investment. Since government investment only results in half the returns of private investment, we would be much better off if the $2 trillion in corporate tax increases that Biden needs to fund this plan were left in the hands of the private sector.

This plan would be a massive circular flow of revenue with increased corporate taxes funding subsidies for large companies, ultimately decreasing investment and long term capital formation. As federal spending increases to unprecedented levels, state and local governments become nothing more than the administrators of a giant national government.

Bureaucracies are notoriously and inherently inefficient, the economist Ludwig von Mises has pointed out.

“It is a widespread illusion that the effi­ciency of government bureaus could be improved by management engineers and their methods of scientific management. . . . What they call deficiencies and faults of the management of administrative agencies are necessary properties. A bureau is not a profit-seeking enterprise; it cannot make use of any economic calculation. . . . It is out of the question to improve its management by reshaping it ac­cording to the pattern of private business."

Expanding bureaucracy will only exacerbate these effects. The expenses and delays involved in collecting trillions of dollars in additional corporate taxes, running them through Washington and eventually using them to finance countless programs only serve as further discouragement against pursuing such a plan.

Overall, a thorough analysis of this proposal reveals that it would ultimately do more harm than good. In addition to the high levels of political spending and unnecessary intervention in business investment decisions, this plan would be a burden on the economy, reducing investment, growth, and prosperity over the long run.

Aadi Golchha is the author of "The Socialist Trap: How the Leftist Utopia Will Destroy America" and an independent political analyst.