28 Executive Orders in Just 2 Weeks. What Kind of a ‘Democracy’ is This?

Rule by decree is, frankly, un-American and certainly un-democratic.

Since taking office two weeks ago, President Joe Biden has signed 28 executive orders (EOs) covering a wide range of policies. His actions are not unprecedented, per se, but he’s on track to surpass one record held by Franklin D. Roosevelt—the record for most EOs signed in the first month in office. FDR had thirty.

It’s notable that sixteen of the twenty-eight orders are reversals of former President Trump’s own executive actions. Six of them specifically target the immigration policies of the previous administration. Readers may remember controversial decisions over the past four years that placed restrictions on travelers from certain Muslim-majority countries, funded the construction of a border wall through a national emergency declaration, separated families at the border, and expanded immigration enforcement. With the stroke of a pen, Biden reversed course on these initiatives.

Unsurprisingly, a large number of the orders revolve around the coronavirus, as presidents tend to issue more EOs during wartime or other national emergencies. Fifteen of the twenty-eight EOs address things like wearing a mask in public spaces (an order Biden violated his first week in office), accelerating the manufacturing and delivery of vaccines, establishing a pandemic testing board, enhancing data-sharing processes, and developing guidelines for reopening schools.

Other orders focused on economic issues, such as halting the payment of student loans for several more months and extending a nationwide moratorium on evictions. Biden’s actions on the climate created some of the biggest pushback as he cancelled the Keystone XL pipeline and directed agencies to reverse more than a hundred of Trump’s actions on energy. He also turned his attention to matters of equality, allowing transgender Americans to again serve in the military, canceling contracts with private prisons, and addressing workplace discrimination on the basis of sex or gender.

All in all, he’s already made quite an impact on the country’s operations.

The power of the presidency has rapidly expanded in recent decades, and the use of executive orders has grown in direct proportion. Simultaneously, the passage of real, long-lasting legislation has fallen by the wayside, creating an environment where the roles of the executive and the legislature have been reversed.

When our laws are set by the president instead of the legislature there is an impermanence to them on top of an unfairness.

Historically and constitutionally, the presidency was not meant to set policy. After eight years, President George Washington left office with a total of only eight executive orders. Most of his predecessors followed suit with numbers in the single digits or teens. Many of the early EOs involved trivial matters rather than the large-scale policy decisions we often see them aimed at today. The naming of post offices, establishing federal worker holidays, and organizing federal natural disaster responses were more in line with the scope of these directives originally.

But in the twentieth century, use of the executive order exploded with Theodore Roosevelt, FDR, Woodrow Wilson, and even Mr. Limited Government himself, Calvin Coolidge, issuing well over a thousand during their tenures. It is now common to see several hundred under each new executive.

This evolution can at least partly be blamed on Congress’ delinquency in its duties. It is the House and Senate’s job to write and pass laws. But in recent years, Congress stalled as partisanship led to greater gridlock and entrenched opposition between the two major political parties.

Interestingly, the legislature continues to introduce an overwhelming number of items—they’re just not passing them. In 2019, they brought forward 8,820 bills and joint resolutions, but enacted only 105—making Congress largely a performative body rather than a functional one.

Members are told how to vote by their party’s leadership and stripped of any semblance of power if they fail to comply. They are usually not allowed to offer amendments or even really see the bills they are voting on beforehand.

Former Representative Justin Amash opined on this issue extensively, regularly pointing out that rank and file members no longer have the ability to shape legislation as Congress has consolidated control in the hands of leadership.

Due to this, the vast majority of lawmakers now spend their days fundraising, riling up the base, and giving media interviews.

Some are unusually candid about the fact that they see their role as a spokesperson rather than a lawmaker.

For this reason, presidents have increasingly sought to push their agenda forward independent of Congress. And to an extent it has worked, as far as pushing agendas, but there have been consequences.

The unilateral actions have stoked tensions and animosity among Americans, as whichever political party is currently in control has the ability to disregard the wishes of the half of the country that lost the latest election. It isn’t supposed to be this way.

Our legislative body was intentionally given the power to set policy for this reason.

It requires hundreds of lawmakers, who represent hundreds of millions of unique individuals across this country, to come together, deliberate, seek compromises, and pass legislation that achieves a broad consensus. That type of action breeds unity and peaceful coexistence.

Instead, we essentially get a single person ruling by decree, pushing quick and unchallenged decisions through without debate and with few checks or balances. This is a system more akin to a rotating autocracy than a democracy, and is, frankly, un-American.

Thomas Jefferson once said, “A democracy is nothing more than mob rule, where fifty-one percent of the people may take away the rights of the other forty-nine.” When a single person can unilaterally dictate the choices and decisions of hundreds of millions of people—half of which may oppose the order— it is even worse than a pure democracy, it’s a recipe for discord, bitterness, and agitation.

A democracy is nothing more than mob rule, where fifty-one percent of the people may take away the rights of the other forty-nine.

Both sides know this and yet continue to perpetrate the problem. Republicans fumed as former President Barack Obama signed large numbers of executive orders, and Obama shrugged them off, famously quipping “elections have consequences,” and boasting that he can disregard Congressional resistance, because he has “a pen and a phone.” But that attitude came back to haunt the progressives when President Donald Trump was elected and took the same attitude and pen. Many spent years railing against the illegality of Trump’s actions and admonishing him for not using the legislative processes laid out in the Constitution, only to quickly forget that posture when Biden came into power. It’s a hamster wheel of bad ideas and the wheel keeps speeding up with each new president. 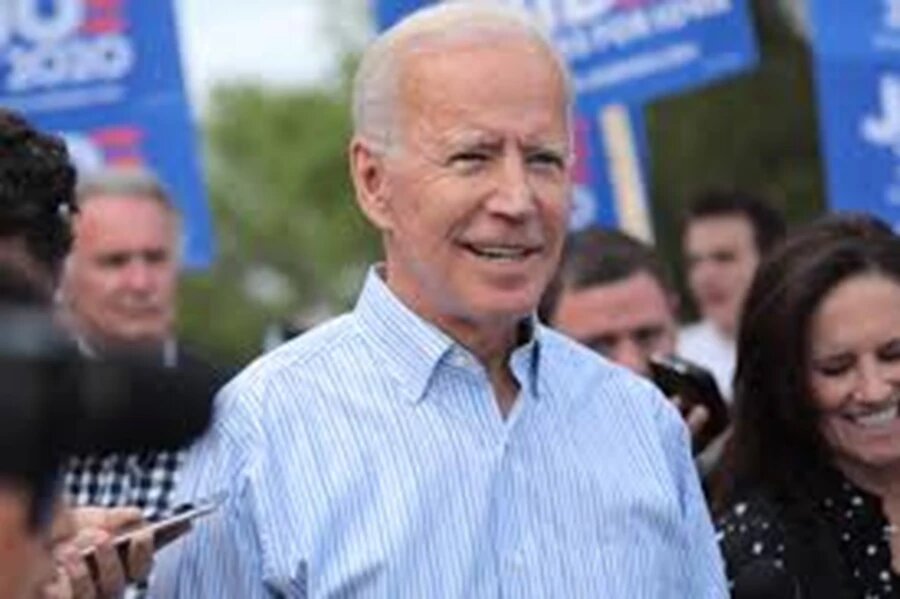 Not only do these actions worsen tensions in the US, they also produce unsolid ground. When presidents use these orders to overhaul policies and procedures they can make a significant impact on the daily lives of millions of people. Even worse, though, is the knowledge that the next president may come in and totally erase those actions. This means many Americans are left unable to plan their futures or find stability under the law. One need only examine the plight of the typical undocumented immigrant over the past five years to see proof of this, or consider the workers tasked with finishing the Keystone XL pipeline who suddenly found themselves out of work.

When our laws are set by the president instead of the legislature there is an impermanence to them on top of an unfairness. This is no way to govern.

America was not designed on a whim. Our Founding Fathers crafted our systems to protect the rights of the individual, to guard liberty from government, and to ensure those tasked with power over the people had many checks and balances. It was a brilliant configuration, one designed not to enable government but to restrain it.

It would be silly to think that one person, who it must be mentioned only received 82 million votes in a country with over 330 million individuals, could fairly and justly write the rules for all people. Whether or not we like the orders issued by one president or another, we should all be able to agree this is an unwise way to rule that undermines our very foundations.

In The Federalist Papers No. 51, James Madison laid out his vision and reasoning behind the separation of powers he was proposing under the new constitution.

“Were the executive magistrate, or the judges, not independent of the legislature in this particular, their independence in every other would be merely nominal. But the great security against a gradual concentration of the several powers in the same department, consists in giving to those who administer each department the necessary constitutional means and personal motives to resist encroachments of the others.”

The founders not only realized the importance of the separation of power, they provided checks and balances that allow departments to rein in other branches when they supersede their authority.

It must be demanded that our lawmakers go back to their desks and do their jobs, which includes exercising their check on the presidency’s powers. It remains unclear why we are currently paying these people hundreds of thousands of dollars per year when they cannot seem to gather in a room and figure out solutions to the numerous problems pressing themselves on our people. Until our citizens rise up and demand better of them, they will continue to enrich themselves on our dimes while failing to do the very job we have sent them to DC to do.

On matters of immigration, energy, equality, and the pandemic, we as a country are in desperate need of solutions. Those solutions shouldn’t always be government-based, and they definitely shouldn’t depend on a seventy-eight year old man with a limited knowledge in any one of these topics. We fought the British to free ourselves from the rule of a monarchy, we must reject it on our own soil today as well.

Hannah Cox is a libertarian-conservative writer, commentator, and activist. She's a Newsmax Insider and a Contributor to The Washington Examiner.
https://fee.org/articles/twenty-eight-executive-orders-in-only-two-weeks/