Facebook board postpones decision on possible return of Trump

Trump was banned from Facebook in January after the Capitol riots. The council was set up to rule on a difficult or controversial moderation decision made by Facebook. The 20-member committee, created by Facebook boss Mark Zuckerberg, is often referred to as the «Facebook Supreme Court».

Trump's Facebook posts were among the most popular in the United States, according to CrowdTangle data. It has been a few months without Mr Trump on social media and with the threat of it being permanent, he is considering building his own platform. Trump adviser Jason Miller told Fox News in March that he expects the former Republican president to return with his «own platform». It's hard to underestimate Donald Trump's use of Facebook. 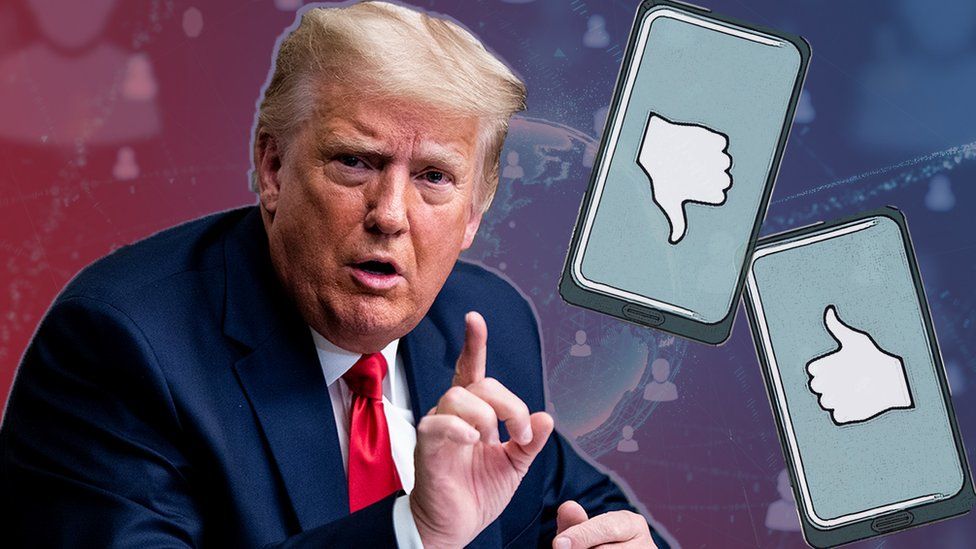 He and his high-profile supporters have expertly used the platform to gain support. Regularly, its updates would be among the most read, shared and commented on the platform. His ability to bypass mainstream media and speak directly to people on social media was a key part of Trumpism. This decision is therefore extremely important for Mr. In making its decisions, the council must try to balance the rights to freedom of expression and public safety.

He has talked about launching his own social media platform - but building a social network takes time and there is no guarantee of success. A much easier route to social media influence would be for Facebook to keep it coming back.