The Challenges and Opportunities of Japan-Russia Economic Relations

On paper, Japan and Russia have complementary economies. In reality, trade and investment ties have been hard to forge. 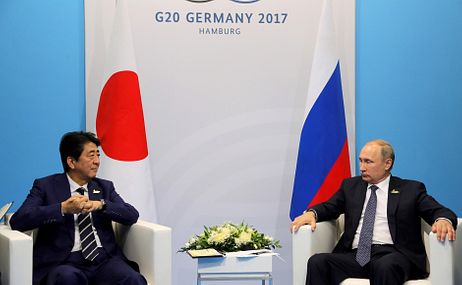 After their respective returns to prominent power in early 2010s, both Prime Minister Abe Shinzo of Japan and President Vladimir Putin of Russia realized that the lack of a diplomatic breakthrough in Russo-Japanese relations put Russia and Japan at a disadvantage in great power maneuvering. In 2017, Japanese investment in Russia represented just 0.07 percent of total Japanese oversea investment. Unless Russia improves its business environment significantly, Japan is unlikely to improve its business ties with Russia.
The decreased reliance on nuclear energy brought an increased need for alternative sources of electricity generation. Due to its geographic closeness to Japan and rich oil and gas reserves, Russia is a natural solution to Japan’s rising energy problem.

This article was written by Zhuoran Li

To read the full article, please click on the following link: https://thediplomat.com/2021/02/the-challenges-and-opportunities-of-japan-russia-economic-relations/