Thailand’s protests have not yet caused a mass exodus of foreign investors. But continuing political unrest could drive multinational corporations away. 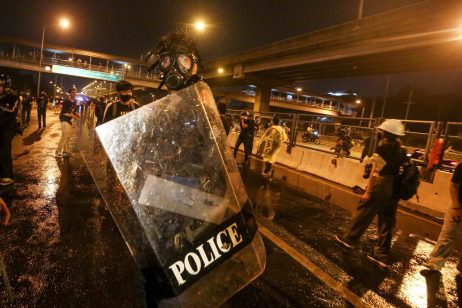 The anti-government protest movement which shook Thailand to its core throughout 2020 shows no signs of slowing down. Weeks before rioters stormed the capital in Washington, D.C., on January 6, tensions in Bangkok reached a similar crescendo in November 2020 when protestors surrounded the national parliament, leading police to use water cannons to disperse the demonstrators and allow time for MPs to flee in boats down the Chao Phraya River. Just $5 a month.
The protests appeared to be having a tangible impact on capital outflows in the third quarter of last year. While numerous multinationals remained in Thailand through the military coups of 2006 and 2014, it might be premature to claim that the current unrest is reflective of past experiences. Many observers have commented that the current protest movement poses an unprecedented challenge to the monarchy, and that the scale of youth involvement could have a greater impact on economics and politics than previous iterations of Thai street politics.

This article was written by Maxwell Abbott

To read the full article, please click on the following link: https://thediplomat.com/2021/03/how-are-thailands-youth-protests-impacting-foreign-investment/