When Facing Imminent Election Defeat, Dominion Machines Will Always Do the Trick

Whenever a favourable election outcome seems problematic, the selection of the right vote counting machine will be sure to fix it.

There are only two rational explanations for the outcome of Presidential elections in Ecuador on April 11, ostensibly won by multimillionaire banker Guillermo Lasso. Either the Ecuadorean people are massively masochistic, or the election was stolen following the pattern recently tested in the paragon of political virtue and rule of law to Ecuador’s north. As ancient logicians would say, tertium non datur. 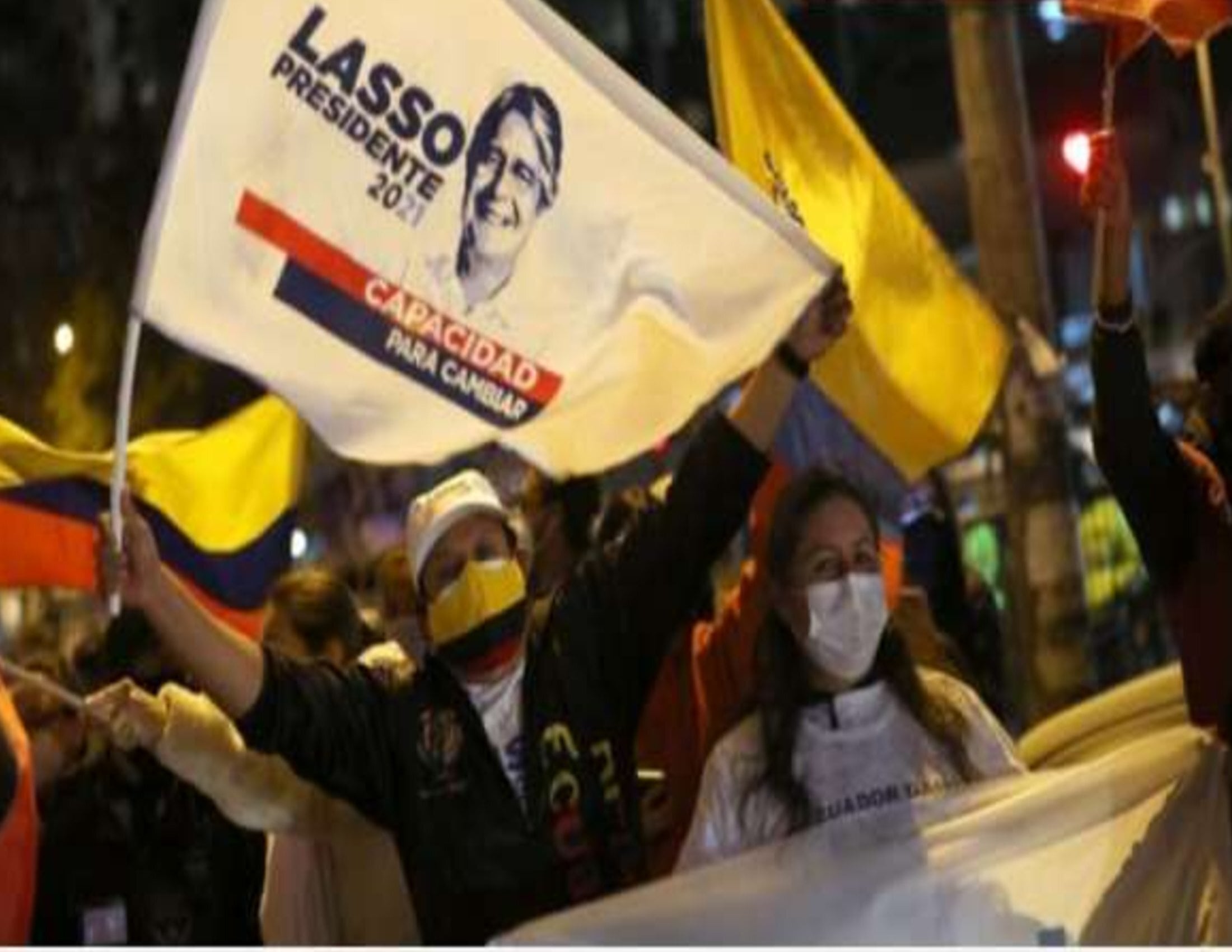 The protagonists of these elections were the putative winner Lasso, with oligarchic credentials that would hardly recommend him as a popular favourite in an economically troubled and socially and racially divided country. The Ecuadorean people, it should be recalled, were not so long ago cruelly hoodwinked by the outgoing President Lenin Moreno, who ran on a social democratic platform only to begin implementing the most extreme and economically damaging neoliberal policies once elected. It was a brazen flip-flop reminiscent of the fraud perpetrated on Argentina by Carlos Menem in the 1990s. That the people of Ecuador, having another option, should have made an informed choice for another five years of the same poison, in the foolish expectation that it would lead to an improvement of their condition, is an insult to their collective intelligence and beyond conceivable.

The other and much healthier option was, of course, economist Andrés Arauz, political ally of populist former president Rafael Correa, whose legacy first Moreno and now Lasso have the task of nullifying in order to make Ecuador safe for international corporations. Just as Arauz led Lasso in the first electoral round by a hefty advantage, on the eve of the election, Arauz was also set to win by a comfortable margin. Then, on election day, something happened. Either the electorate experienced a massive and inexplicable change of mind or some very fishy things occurred in the vote-counting process.

It is extremely unlikely that Lasso won over any voters because on the eve of the polling they decided to read his wishy-washy electoral platform. The principal planks of the Plan Lasso consist of platitudes and nebulosities: “Establish a full democracy; promote an economy of free and prosperous citizens; and empower citizens to freely choose the means to achieve their self-realization.” Yes, that is the psychobabble nonsense on which the supposedly winning candidate in Ecuador ran. If you know Spanish, click on the hyperlink and read it for yourself.

While French analyst Eric Toussaint makes good and realistic points concerning the political weaknesses of the Corréist legacy, of which Andrés Arauz was the anointed champion, his arguments are insufficient to explain the sudden tilt of hundreds of thousands of votes to an exponent of international corporate capital in a country economically broken by precisely the policies that as President Lasso will aggressively continue to pursue, whatever soothing nonsense might be written in his official programme.

While Paul Antonopoulos correctly observes that the Lasso government will not control Ecuador’s legislature (at least not until that situation is “fixed” in the following National Assembly elections) with the election of a “millionaire banker,” as Bloomberg jubilantly put it, even in the near term two cardinal objectives will have been achieved. Ecuador will continue to function, as it has under Moreno, as one of the imperial beachheads in South America. Furthermore, the Lasso regime can be relied upon to continue Moreno’s cosy relationship with IMF by piling more debt to “pay” previously contracted debt, making the entire country ready to be sold off, lock, stock, and barrel, for pennies on the dollar, in the Great Reset that is in the works.

As another of Ecuador’s jubilant “well-wishers,” the New York Times, put it, in his victory speech Lasso “said, ‘we will take on the challenge of changing the destiny of our fatherland. We will work tirelessly.’ Mr. Lasso promised to fulfill the promises made to Indigenous groups, environmentalist activists and women’s right organizations.”

But needless to say that is all fluff and nothing of the sort will ever happen. In particular, no change in Ecuador’s destiny is envisioned or will be permitted, as evidenced by the installation of banking cartel’s poodle Guillermo Lasso in the Presidency. The plan is for the mineral rich Latin American country to be brought back into the imperialist fold, to be ravaged by international corporate interests with the full acquiescence of its neo-colonial government.

Yes, whenever a favourable election outcome seems problematic, the selection of the right vote counting machine will be sure to fix it.