Lasso’s victory came as a surprise, a most disappointing one especially for the peoples of Latin America, and for all who struggle for a world without the greed, war violence, and planet pollution that capitalism breeds.

Arauz had led the pack of 16 presidential candidates during the first round, on February 7, with 32.7% of the vote over Lasso’s 19.74%. Arauz was Union of Hope (UNES) candidate, a new party that former President Rafael Correa (2007-17) and Arauz had started.

This was Lasso’s third time running on the Creating Opportunities (CREO) presidential ticket. He came in second place against Correa in 2013 and again against Lenin Moreno in 2017. During this election, CREO combined with the traditional conservative Social Christian Party (PSC). 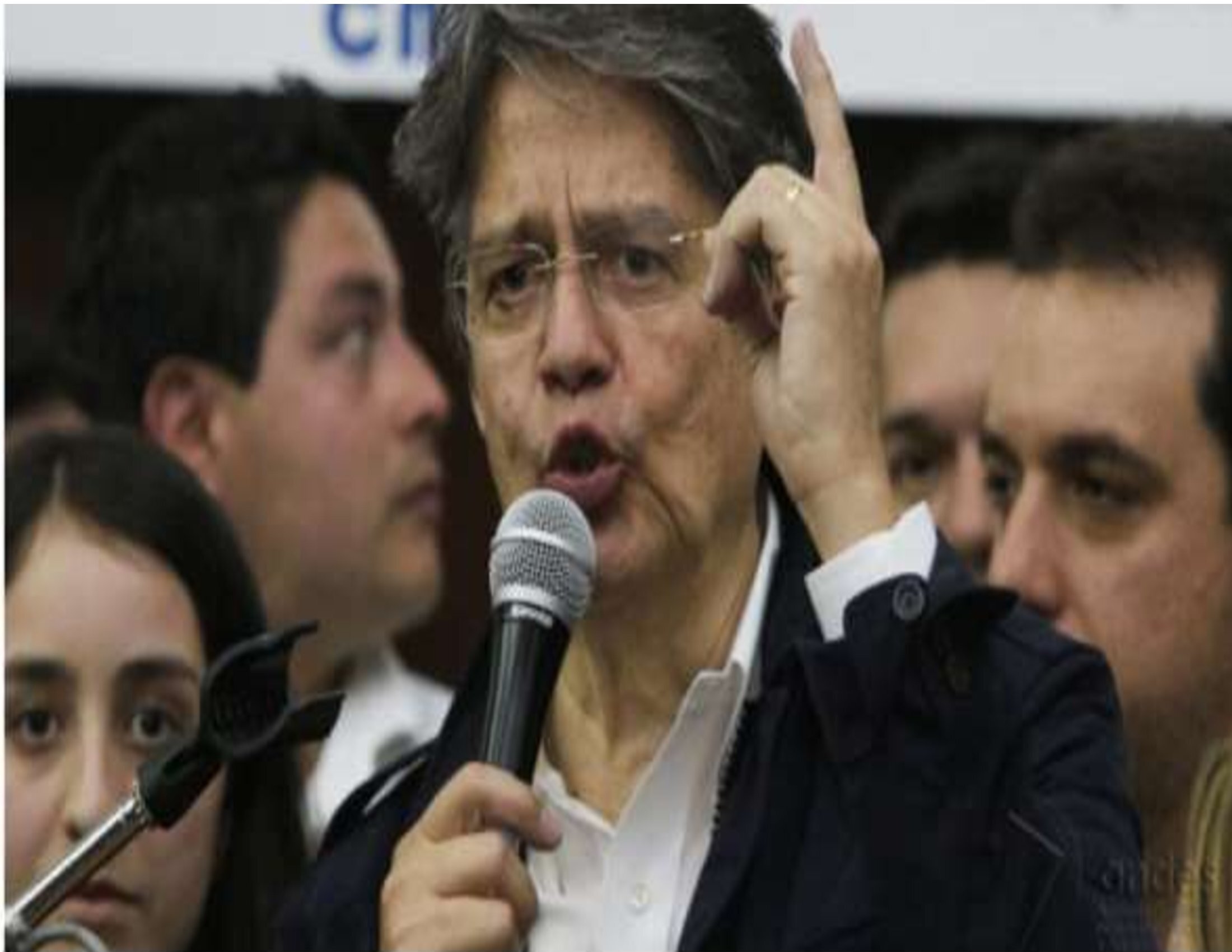 “This is a historic day, a day in which all Ecuadoreans have decided their future and expressed with their vote the need for change… Democracy has triumphed,” Lasso told supporters as the results came in. “Ecuadoreans, all of you… have chosen a new path…a very different path from the one Ecuador has followed for the past 14 years.”

Lasso will take the presidential reins on May 24. The National Electoral Council presented the results last night after 98 percent of the votes had been officially counted. A few minutes earlier, the leftist politician publicly congratulated the president-elect. Arauz made no mention of any fraud in the voting process even though polls had indicated he would win the race with a small margin.

Lasso gained a majority, in part, because of promises he made to improve the failed economy under Moreno’s administration by increasing foreign investments, cutting taxes for businesses while raising the minimum wage, and a vow to vaccinate nine million citizens against Covid-19 during his first 100 days in office.

Lasso used his Coca Cola advertising knowledge about the use of “image politics” to capture unsuspecting voters. The 65 year-old campaigned in trendy red trainers, pink three-quarter-length trousers and white jacket. He posts on social media, such as TikTok. His opponent, the 36 year-old Arauz, dressed more like a businessman or economist, which is his work.

Lasso’s image politics apparently appealed to many young voters and to many sexual minorities. Among his supporters are self-declared anarcho-ecologists, including an indigenous leader, Yaku Pérez, who is backed by the U.S. government financially and politically. When Pérez did not get into the run-off, coming in third place, he called upon his supporters to vote blank, which 1.6 million did. (For background, see, U.S.-Backed Ecuador Government Tries Stopping Socialist Electoral Victory — Strategic Culture (strategic-culture.org)

For this writer, Lasso’s victory came as a surprise, a most disappointing one especially for the peoples of Latin America, and for all who struggle for a world without the greed, war violence, and planet pollution that capitalism breeds.