If the elite coastal liberals think for one moment that their swanky communities are immune from woke rage, they better think again.

Hidden away inside of Joe Biden’s ambitious Job Plan is a proposal to eliminate so-called “exclusionary zoning” laws, which the Democrats now equate with “economic injustice” and, yes, even racism. In other words, the right to raise a family in a peaceful neighborhood beyond the bustle of the city is yet another symptom of ‘white privilege’ that appears to be heading for cancel culture’s busy chopping block. 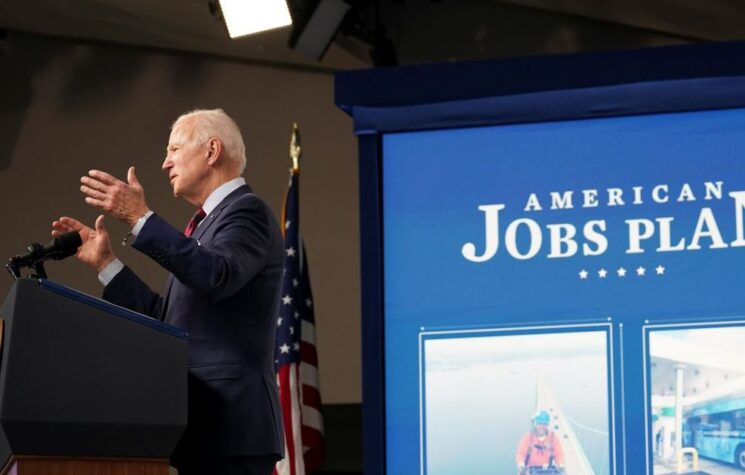 Despite the stultifying conformity and crushing boredom typically associated with suburban living, perhaps best exemplified in the 1999 black comedy-drama American Beauty, this out-of-town living arrangement continues to define for many citizens the very essence of the American Dream. Beyond the hazy city limits, the grass does appear greener, the air cleaner and the schools better. But why should those attractive perks be the sole preserve of that pale-face tribe of Americans known as white people, silently suffering, as critical race theory explains, from an apparently incurable genetic defect known as ‘racism’? Another question might be, if white people are such repugnant natural born bigots, why would anyone wish to live near them in the first place?

That question is never addressed in U.S. President Joe Biden’s longwinded and exorbitant Job Plan, where, aside from pledging to fix America’s dilapidated infrastructure and growing the economy, a plan to radically remake the suburbs in the name of “diversity, equity and inclusion” has been quietly slipped in as well.

Buried inside the document under the heading, ‘Eliminate exclusionary zoning and harmful land use policies,’ the project is laid out: “For decades, exclusionary zoning laws – like minimum lot sizes, mandatory parking requirements, and prohibitions on multifamily housing – have… locked families out of areas with more opportunities. President Biden is calling on Congress to enact an innovative, new competitive grant program that awards flexible and attractive funding to jurisdictions that take concrete steps to eliminate such needless barriers to producing affordable housing.”

The progressive radicals are up in arms over single-family dwellings, which they believe is part and parcel of the “new redlining” designed to perpetuate inequality. If only it were so simple.

First, the only “barrier” that may prevent people from living in the cozy suburbs is income, which should not be seen as some sort of ‘racist’ impediment – “economic discrimination,” as the left calls it – but rather the natural outcome of a lifetime of sacrifice, hard work and dedication. There is no ‘Trump wall’ that separates the city from the suburbs.

Moreover, despite the belief that the suburbs are some sort of racist bastion of white supremacy, these localities are becoming more diverse with each passing year. In 1980, for example, whites lived in neighborhoods that were 88% white; by 2010, that figure had dropped to below 75%, and the decline in segregation continues today with many minorities enjoying upward mobility.

In other words, if the government can just resist the temptation to meddle in the matter, there will continue to be a natural reduction of segregation in the suburbs, thereby allowing for the ‘melting pot’ effect. Yet since meddling where it doesn’t belong is what the government does best, suburbanites should prepare for a date with disaster. However, there is still hope that Biden’s master plan for killing the American Dream will come to naught, and a lot depends on liberal hypocrisy to see it through.

In much the same way that hypocritical Democratic leaders found ways to avoid their own Covid-19 lockdowns – attending lavish celebrations without masking up, even sneaking off to the salon for a blow-out – it’s probably safe to predict they will be none too pleased to see their affluent neighborhoods ghettoized in the name of equity, diversity or whatever. In fact, amid all this hypocrisy it may seem less surprising that the snobbish liberal suburbs – think of places like Silicon Valley, San Francisco and Seattle where the booming IT industry has priced millions of average folks out of the housing market and into tent cities and trailer parks – tend to be more inhospitable to minority groups than the so-called ‘racist’ conservative communities. As these liberal communities got richer, they issued – surprise, surprise – fewer new housing permits. Now how will these elitist residents react to a construction team arriving one sunny morning to begin clearing space for a multifamily high-rise, possibly even one that will block their spectacular ocean-front view?

Although many wealthy suburbanites will be able to protect themselves from the changes that are a coming, many more will not. This may come as a rude awakening for the Democrats, many of whom can’t imagine their own neighborhoods being radically transformed beyond recognition.

“The liberal white elite class engineered a system of woke racialism that they assumed rested on some sort of unspoken 70 percent white,” wrote the conservative author Victor Davis Hanson in a recent article for American Greatness. It was this segment the Liberal elite, he reasoned, that would take the brunt of the radical progressive incursion that has hit the United States with all the fervor of an inquisition. “[The woke white elite] did not sign up for a 30-40 percent white allotment that cuts into the white woke; that is, the good and the morally superior whites.” Yet that is exactly what will happen.

In other words, if the elite coastal liberals think for one moment that their swanky communities are immune from woke rage, they better think again. One of the inevitable outcomes of any revolution is that they sooner or later turn on their progenitors and agitators. And if you think about it, what radical protester would not like to rest his weary revolutionary bones after a hard day’s work on the street, campaigning for equity and social justice, at some government-subsidized beachfront housing unit far from the maddening crowd?