Rats damage millions of tons of crops every year around the world. 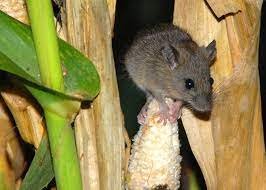 It is said that all the plants and animals in the environment interact with each other to form a complex and healthy food chain. The rat is the exception. Much more harm than good. It is not an eco-friendly animal but a beastly, rogue. It causes the most damage to animals and people and agriculture. Its breeding grounds need to be closed and eradicated as much as possible to ensure food security for generations. A friend of mine, an agricultural scientist, was asked by a military official during Ershad's military rule, what is the main problem of agriculture? Sir replied that the main problem of agriculture is rats. What did you say? He was shocked! Sir, it is possible to reduce the food shortage of the country by the amount of rice that rats eat and waste. Then at the end of the oral exam I would ask those who came out what questions were asked? Everyone laughed when they heard this humorous question and answer from a friend. The subject is real and questionable. In addition, a variety of epidemics, such as the plague, are transmitted to humans by rats. It is known that on the shores of the Mediterranean Sea, ships anchored from one river port to another in Europe and rats were also transported. Thus the rats spread from one ship to another all over the world, including Europe. The "plague" was transmitted to humans by rats. It was the cause of the untimely death of human beings on earth, which still haunts history and drives away the horrors of the plague. Even UN experts have warned that failure to protect wildlife and the environment could cause significant damage to the environment and agriculture. Rats are deadly in nature. Therefore, this rat eradication campaign 2020 of the Department of Agricultural Extension is an appropriate and fruitful program for its eradication and environmental protection and food security.

Rats cause damage to agricultural crops as well as potential silver fish. Special damage to the fish neck. The best time for fish farming is to dig holes around the enclosure from May to August and the holes gradually get bigger and make connections with rivers, canals or other reservoirs. This reduces the water level in the enclosure, breaks the edge of the enclosure and causes additional inconvenience to the farmers. Even the gher eats fish food and spoils the fish food. During the year, the poor farmers earn temporary income by cultivating fish in large pits along the banks of the dam. There, rats make holes and interrupt the cultivation of tilapia, pangas and putti for a short period of time.

Makes holes in the edges of the pond. The hole continues to grow in the rising water and the pond breaks. Fish farming in old ponds is more disrupted. Especially marginal farmers whose only source of income is a small pond or pond, they face financial loss due to rat torture.

The Department of Agricultural Extension has been implementing a program to eradicate modern rats since 1983. There is a need to come up with new strategies and approaches to add new dimensions to the ongoing trend of this program. Rat extermination program in agriculture is a long-term sensitive issue. This requires short-term and long-term exceptional planning and action.
The problem of rats is not unique to the Department of Agricultural Extension. This problem is the problem of the Ministry of Agriculture, Fisheries, Livestock, Environment, Jute and Food and Natural Disasters. Therefore, all should take measures to take upazila-based coordination and action.
However, in addition to government research, private research needs to undertake research work on the extent and extent of damage to fisheries and livestock by farmers of various professions.