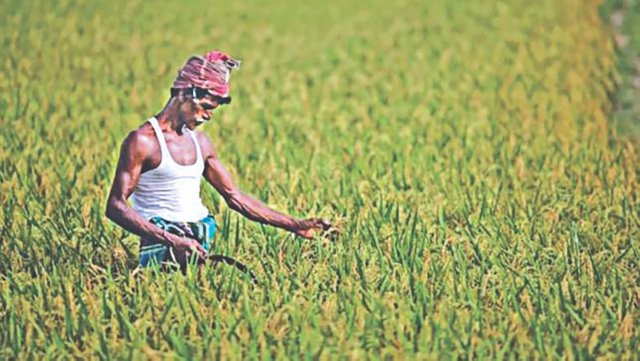 “Develop together with everyone, take as much of your body, stay healthy. Our actions are our future. " Which is very logical and meaningful. The context of this year's food day is much different than every time. Standing at this time in the 21st century, the whole world is facing a terrible invisible enemy æ Kovid-19, a viral disease called corona. Dear motherland Bangladesh has not been spared from the scourge of corona epidemic. The economic crisis has started all over the world due to the influence of Corona. The number of people not getting food is increasing. At the same time, the number of people infected with corona disease in the world has exceeded 2.5 million. At a time when the death march is increasing day by day in Bangladesh, the agriculture of Bengal has emerged as a shield as a tool to get rid of this disease. The skilled soldiers with that shield are the farmers of Bengal, the employees of all levels of the Department of Agricultural Extension. And the successful director of this whole work is currently one of the busiest ministries in Bangladesh, the Ministry of Agriculture, whose main driving seat is a famous personality of this agricultural family, the Hon'ble Minister of Agriculture, Dr. Md. Abdur Razzak, MP.

The number of undernourished people is increasing due to the global economic crisis caused by the coronavirus attack. At the moment, the number of starving people in the world is 135 million, according to a virtual press conference of the United Nations World Food Program in Geneva. Coronary outbreaks are likely to almost double the number. In other words, about 265 million people have given utmost importance to this issue and the agri-friendly Prime Minister of the Government of the People's Republic of Bangladesh, Hon'ble Prime Minister Sheikh Hasina has instructed "not even an inch of land should remain uncultivated". The steps taken by the Hon'ble Minister of Agriculture to address the potential food crisis in this epidemic of the country to comply with this directive have already been lauded as a global example. Outbreaks appear to be exacerbated during the Corona outbreak. Keeping their words in mind, the government has taken multi-faceted initiatives. 90,000 tons of rice has been given to low-income people at the rate of Tk 10 per kg across the country. Hon'ble Prime Minister Sheikh Hasina has announced free housing, six months food and cash for the homeless and landless in response to Corona. The Ministry of Disaster Management and Relief has allocated an additional Tk 7.5 crore and 13,000 tonnes of rice across the country. These rice and money are being distributed among low income people as relief. So far, 12 crore 57 lakh rupees and about 48 thousand metric tons of food aid has been provided in 64 districts. In addition to taking on additional responsibilities in all these government activities, the field staff at all levels of the Department of Agricultural Extension have declared war on corona to ensure sustainable balanced food production, mechanization of agriculture, utmost vigilance in agricultural production and above all to ensure food security in the country. More than 400 DAE workers have already been killed in the fighting. A total of ten people, including the deputy director of Bogra district, have died in Corona. However, the Department of Agricultural Extension did not leave the side of the farmers even for a moment.

The Boro season, known as the largest food harvesting season in Bangladesh, saw almost 100 per cent of the paddy harvested across the country. There was also extensive preparation for the upcoming Aman seedbed. In Corona, the storm of Amphan became the "blow to the head" again. Due to this storm, the fruits that are produced in the main fruit season of Bangladesh such as mango, jackfruit, litchi and other fruits have been severely damaged. Although the amount of damage varies from area to area, on an average about 20-30 percent of mango and litchi yields have been lost. Despite all this, this time Bangladesh has touched the milestone of 7 (seven) crore tons of annual grain production. Bangladesh ranks 3rd in the world in rice and vegetable production, 2nd in jute production, 7th in potato and mango production, 1st in hilsa production and 2nd in fish production. Bangladesh is now the 3rd largest producer of rice in the world. In the 2018-19 financial year, where the production demand of paddy in Bangladesh was 3.50 crore tonnes, we were able to produce 3.84 crore tonnes. Due to this surplus foodgrains, we have already been able to store 12.75 lakh tonnes out of our capacity of 19.3 lakh tonnes. Full preparations have already been made to ensure that this agriculturally dependent Bangladesh does not face any food crisis during the Corona period. Accordingly, the target for aus cultivation in the next fiscal year 2020-21 has been set at 36.45 lakh metric tons in 13.296 lakh hectares of land and 153.8 lakh metric tonnes in aman 56.95 298 lakh hectares of land. In the midst of the global food crisis, this achievement of Bangladesh has taken the world by surprise. And this success has been made possible by the combined efforts of Bengal's Nayak Krishak, the Ministry of Agriculture, various government and non-government organizations.