I had never heard of Christian Sorensen, author of Understanding the War Industry, before I was sent his new book for review. However, when I saw on the back cover that he was termed “the Seymour Melman of the 21st century,” I was intrigued. I first learned of Melman from Mises Institute senior fellow Tom Woods, who has written this description of him:

Seymour Melman (1917–2004). Melman was a professor of industrial engineering and operations research at Columbia University. In a scholarly career that yielded a great many books and articles, he focused much of his energy on the economics of the warfare and military-oriented state. In large part, Melman’s work amounted to an extended analysis, in light of Bastiat’s insight, of the costs, not only of modern American wars, but also of the defense establishment itself. 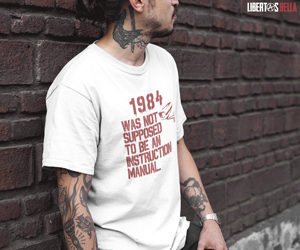 Sorensen mentions Melman’s 1970 book Pentagon Capitalism: The Political Economy of War on the first page of his preface, and describes it thusly: “In that book, Melman analyzed how the headquarters of the U.S. Armed Forces coordinated and administered the businesses that make weapons of war” (p. ix). Sorsenson contends that “in the fifty years since Pentagon Capitalism hit the press, the playing field has changed” (p. ix). The military industrial complex (MIC) mentioned by President Dwight Eisenhower in his farewell address—which Sorensen views as “an insulated war-promoting configuration comprised of the Pentagon, the headquarters of the U.S. Armed Forces; industry, the corporations that develop and sell goods and services to the U.S. and allied government; and the U.S. Congress, which implements policies and authorizes the funding for the Pentagon”(p. x)—“has demonstrably further penetrated the institutions of U.S. government” (pp. ix-x). Sorensen sees the change from Melman’s time as this: “War corporations—the industrial part of the MIC—now hold the most power in the trifecta. The Pentagon no longer controls the U.S. war industry. Industry runs the show. Industry employs expansive, sometimes pernicious, operations in order to dominate political processes and military functions” (p. x). Sorensen goes on to quote Melman several times in the book.

All I know about Sorensen is what is stated on the book’s back cover: “Christian Sorensen is a researcher and author focused on the U.S. war industry. His academic background is in translation and international relations. A military veteran, he contributes frequently to independent media outlets.”

Like Melman, Sorensen is a man of the left, and what he considers to be capitalism is anything but. But as Woods said of Melman: “Although Melman was associated with the left, a fact that may account for libertarian neglect of his thought, his analysis of the warfare state is not only compatible with, but at times is absolutely identical to, the libertarian view, and deserves wider dissemination.” Consequently, although anything that Sorensen says about the Green New Deal or increased government intervention should be dismissed, his assault on the U.S. war industry should be embraced wholeheartedly.

The re-invasion of Iraq in the spring of 2003 was the culmination of an alliance of the three most powerful forces in D.C.: the war industry, Big Oil, and the Zionist lobby. These groups overrode any democratic decision-making that U.S. citizens might have thought they enjoyed. Aligning like ominous asteroids they peppered a compliant Capitol Hill with pretexts for launching an illegal war against a sovereign people (p. 11).

Generals and admirals retire from the U.S. Armed Forces and then join war corporations where they set to work converting their knowledge (about the acquisition process, senior military and civilian leaders, long-term military policy, and how the Pentagon works) and connections into profit. Some military retirees are sent to their old stomping grounds to pitch and sell goods and services (p. 47).

The Senate Armed Services committee (SASC) is supposed to exercise oversight of the War Department. It does no such thing. U.S. war corporations corrupt every member of the SASC through campaign finance (p. 55).

The War Department dishes out more money to small businesses than any other government department or agency (p. 99).

Chapter 4, “The Tricks of the Trade”:

In order to keep the military budget elevated, sustain industry, and confine D.C. to a violent foreign policy, the public must be fed a constant stream of fear-inducing pretexts. Such pretexts, which must be carefully crafted and promoted, effectively serve as advertising to sell the public on the need for war-related production (p. 134).

Through foreign military sales (FMS), the U.S. government procures and transfers industry goods and services to allied governments and international organizations. The most belligerent regimes on Earth are frequent customers (p. 164).

The U.S. war industry’s relationship with the House of Saud encapsulates D.C.’s approach to foreign policy: corporate and immoral. U.S. weaponry is the backbone of the Saudi military, including its National Guard, which leads the way in quashing the Saudi citizenry whenever deprived groups rise up in demand of basic human rights (p. 173)

Unfortunately, the war industry is embedded in U.S. academia. The Department of War pays colleges and universities to enhance military and intelligence technological capabilities (p. 207).

All Ivy League universities are complicit in the expansion of military technology and research that builds a more effective warfighter (p. 210).

Waste is the defining characteristic of the war industry’s IT sector. And no single organization consumes more IT goods and services than the National Security Agency (p. 241).

D.C. has a long history of enforcing corporate control over the natural world in the Western Hemisphere. U.S. military and/or espionage interference (clandestine, covert, and open) in Latin American affairs is lengthy (p. 279).

The war industry’s military power—as projected through the U.S. Armed Forces—increases emigration; men, women, and children flee their treasured homes in order to get away from D.C.’s wars. Those fleeing don’t want to leave. They’re forced to leave. Then military and industry use potential immigration of these refugees into the U.S. as a fear-inducing reason to spend even more money on wars abroad and surveillance technology, IT, “intelligence” software, contractors, and militarized borders at home” (p. 297).

At a minimum, the U.S. government has spent trillions of dollars since the 1940s on nuclear weapons. Government neglect abets both the expense and the irresponsibility (p. 315).

War corporations loathed the INF Treaty, as there is much money to be made in the development, sale, deployment, maintenance, and upgrade of short- and intermediate-range land-based missiles and missile launchers (p. 323).

Corporations have many opportunities to market and sell goods and services to the War Department and governments around the world. Corporate displays (fairs, air shows, conferences, exhibits) remind us of the promotional nature of industry (p. 338).

Patterns of industry behavior echo across time. The war industry pushed for ballistic missiles, then pushed for anti-ballistic missiles. The war industry pushed for GPS-guided missiles, then pushed for new surface-to-air missile batteries with advanced radar to destroy the precision missiles. It pushed for cyber tools and weapons, then pushed for cyber defenses once those tools and weapons became ubiquitous. Corporations follow this pattern today with drone technology, developing technology that disables and takes down drones (now that everyone from nation-states to formal militias to gangs have drones). War corporations proliferated drones, and are now profiting from disabling such weaponry. Profit in, profit out (p. 341).

U.S. war corporations are lobbying heavily for military intervention in whatever foreign country and have unleashed think tank and media hounds to ensure the narrative circulating D.C. is pro-war, pro-intervention (p. 368).

Military construction is a strong indicator of where the priorities of the MIC lie. Construction pertaining to special operations forces has soared in recent years. Dedicated SOF facilities are being built across the nation, coast to coast (p. 378).

The MIC propagandizes the public, perverts culture, transfers treasure to war corporations, sends our loved ones to wreak destruction and die in foreign lands, and pollutes the air, soil, and water worldwide. War has become permanent because the war industry has captured government and bends it to its ceaseless quest for profits (p. 389).

The military-industrial-congressional triangle insulated itself from U.S. society in order to operate at maximum speed and minimum supervision, diverting the wealth of society toward the interests of the leaders of the MIC (p. 395).

Although it is only 2021, Understanding the War Industry will certainly turn out to be one of the most important books of the decade. It is an extremely informative and terribly needed book, but it is also a frightening and depressing book. It shows in shocking detail just how far and just how tightly the tentacles of the warfare state have wrapped themselves around Capitol Hill, the Pentagon, academia, think tanks, industry groups, the media, corporate America, Hollywood, Silicon Valley, the conservative movement, the economy, and society. Read it and weep.