To understand this key Marxist notion

So what exactly is the primitive accumulation of capital? To understand this key Marxist notion, we have to go back to the most overrated economist of all times: Adam Smith.
It was Smith, not Marx, who first spoke of a "previous" accumulation of capital. When criticizing Smith's ideas in Das Kapital, Marx translated "previous" to "ursprünglich", or "original", which then got translated back to English as "primitive". A bit of a mess, but Marx's intention was that the terms be the same, as he meant to refer to the same process, yet describe it differently.
Smith used the term to refer, correctly, to the fact that capital can only be produced through saving. He then inferred, incorrectly, that the first people to own capital, must have been peaceful, industrious laborers, who had the foresight of saving, and using their savings productively. Although agreeing with the first statement, Marx showed that Smith's inference was, quite clearly, naive to the point of dishonesty. 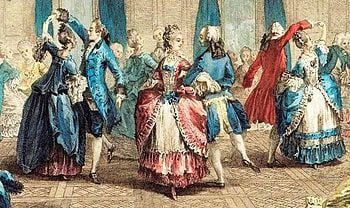 It is true that capital presupposes saving. It is not true that the person who owns the capital is, necessarily, the same person who did the saving. Although Marx did praise the ideal of a free market, he identified that Europe had been run by a caste of violent thieves for centuries, and that the peasants, intellectuals and entrepreneurs who produced its wealth were enslaved to a class that produced nothing.
Marx identified that the primitive, or original accumulation of capital consisted of violent, dishonest privatization of land. In other words, those who owned capital in 18th century Europe, got it, not by saving and investing their legitimate property, but by using violence to claim ridiculous amounts of land as their private property, forcing every other individual into serfdom.
Marx thus identified Capitalism, neither as the system of raw violence that characterized Feudalism, nor as the ideal system of free trade and private property, but as the first mascarading as the latter. He identified that feudal oligarchs could perpetuate the wealth they had stolen by hiring capitalists who specialized in the M-C-M' type of trade discussed in the previous post, and aiding them with unjust economic laws - the essence of what we now call "crony capitalism".
Marx took his criticism a step further, and identified that intellectuals like Smith, who used words like "freedom" and "private property" to defend a such a system, were closer to Catholic priests defending the divine rights of kings, than to later intellectuals like Ayn Rand or Karl Menger, who actually argued for a free-market system. Traditional Marxists, thus, opposed essentially the same thing real capitalists oppose today - political elites who used violence to distort the market, and pseudo-intellectuals to justify their rule.
Although Marx provided a good correction to Smith's naive tale of peaceful farmers becoming wealthy capitalists in a world ruled by faith and war, he took it too far. His materialism led him to overlook the role of ideas, and the actual composition of the bourgeois class - something I will talk about in more depth in the next post, when I introduce you guys to Gaetano Mosca's theory of elites.
1218.314 SEREY
8 votes
0 downvote