After another routine ban by Facebook - don't look at me, we're all hatemongers by this point - it's time to resume operations. Speaking of operations - and hate - today I'm going to take a little break from the Marxism series to talk about the whole Wallstreetbets situation.
Most people I've talked to so far are thoroughly confused. They don't really understand what happened, they really don't understand how they should feel about the parts involved - and most liberty-related intellectuals are doing a lousy job at explaining it. So, to help clear things up, I'll talk a little bit about both parties involved, their actions, and their motivations.
The first thing you need to have in mind is that, in theory, there's absolutely nothing wrong with the stock market, hedge funds, or shorting stocks. The second thing you need to know is that, in practice, there's virtually everything wrong with hedge funds and shorting stocks. A stock market is simply a place where public companies are traded - they are a vital part of any market economy, which provide multiple types of funding, to multiple types of companies in an honest way, while limiting the risk of those doing the funding.
Hedge funds are companies that specialize in managing risk, in the context of the stock market. They analyze the yield, volatility, and liquidity of all available financial operations, and craft complex investment strategies meant to maximize profit while minimizing risk. "Don't put all your eggs in the same basket" is how the saying goes - hedge funds specialize in allocating eggs in baskets. One of those financial operations is shorting, which consists of agreeing to purchase someone's stock at a specific price, in the future.
If I short a stock you own, what we're doing is entering an agreement. I will buy it from you for, say, 20 bucks, a month from now, and you have to sell it to me. If the stock is worth less than 20 bucks, you'll be making money - if it's worth more, I'll be. It's not a "bet", as many people have been calling it, and there's nothing sketchy or wrong about it. It's an insurance device - I am buying your risk at a premium, and you're buying the certainty that your investment will have a specific yield.
Well, the theory looks awesome, so what changes in practice?
Only one thing: Government intervention in the financial system.
For over 100 years now, the government has been gradually turning the stock market into a fraudulent casino. Debt-based currency has driven honest commodity money out of the market, making it impossible for people to save - their choice is to either watch their money lose value or invest it haphazardly, creating an artificial, uneducated demand for investments. Artificially low-interest rates have flooded the market with easy money, making it unreasonable to leverage the norm, both for companies/funds and for individuals. Lastly, direct government intervention in the form of subsidies, regulations, and, most notably, bail-outs have driven honest traders out of the market. If you act honestly towards the existing risk, you don't profit enough to compete - if you take unreasonable risks and bribe the right government officials, you will get bailed out when reality comes knocking. 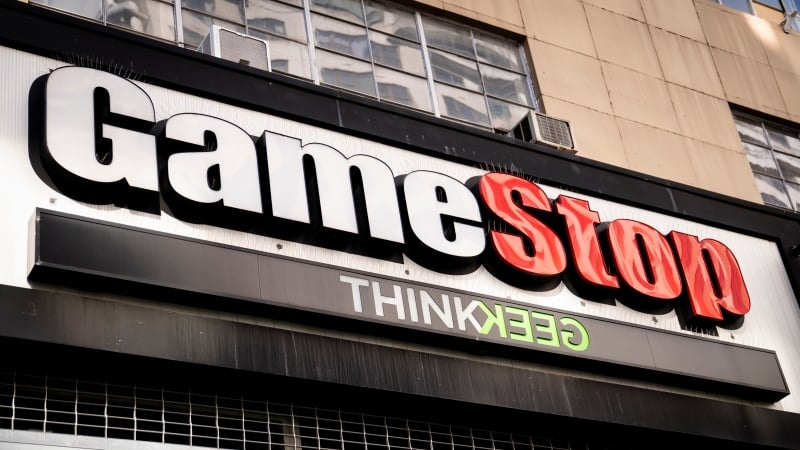 There are no honest traders in the stock market any more. There might be people with honest motivations, such as "I'll do my best in a system I know to be rotten", or "I'll try to protect my wealth as best I can, which includes trading stocks". Every single person in the stock market now, however, can and should know that they're engaging in an irrational system - and irrational systems pose irrational risks, such as the one we just saw.
What about the reddit people?
As with any loosely selected, decentralized group, they are far from homogeneous. From what I've seen, there's a minority of people who understand what's going on - including a few seasoned traders - and are deliberately playing against the system. They have my most sincere praise - making obscene profit while delivering an economic, political and cultural blow to a corrupt system is as moral and beautiful as it gets. The vast majority, however, seems to have a sort of "eat the rich" mob mentality, which one of the worst mentalities one can have.
They do not despise hedge funds because they're corrupt - they do so because hedge funds are succesful, and they're not. They do not care to understand what it is they're doing - they saw a "loophole", and decided to blindly exploit it. They are engaging in the very same second-handed irrationality that makes the financial system rotten in the first place, and most of those people will end up losing their money to it - just like any gambling junkie who's won a few hands
As for the future, you guys can expect lots of authoritarian regulation. We're not in a metallist free-market system, and money does not belong to the individual - we're in a chartalist state-controlled system, and "money" is a government token used to allocate resources. The State will protect its assets, and maintain control over its financial system, by force. You can also expect to see an increasing number of bizarre occurrences such as this one. Whether we're talking about a psychology, culture, politics or economics, a system close to collapse always behaves in a bizarre fashion, due to the disintegration of its tendencies.
5615.839 SEREY
12 votes
0 downvote