Eminent domain is a direct violation of property rights, regardless of what it’s used for. 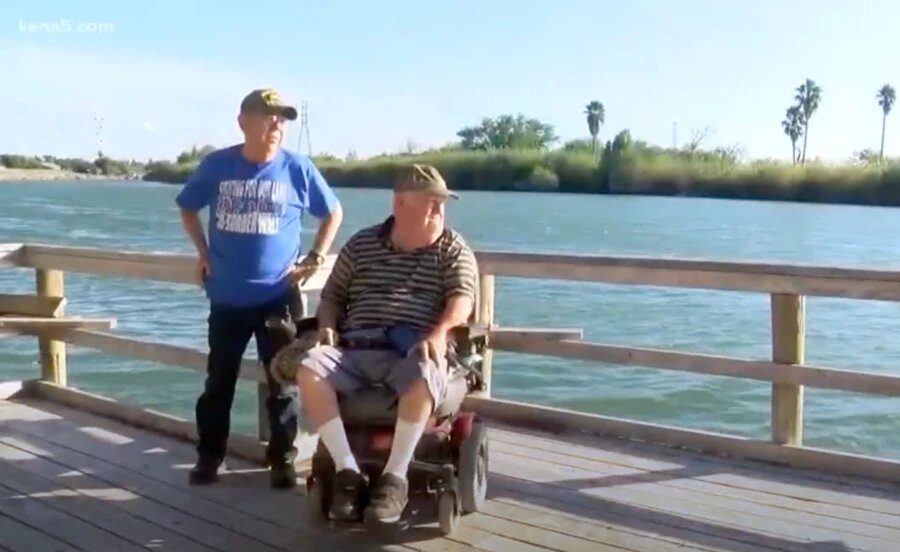 On January 20, President Biden issued a proclamation that the government would stop construction on the US-Mexico border wall for 60 days to determine whether land needed to be confiscated to continue the project. The 60 days came and went with no decision, and now a federal judge has handed down a court order giving the government the go-ahead to seize one family’s private land for the wall.

“The Cavazos family land is the target of one of 140 active cases that have continued under the Biden Administration,” the Texas Civil Rights Project said in a statement. “At least 114 of these cases have progressed since the President’s proclamation pause deadline on March 21, 2021.”

This puts the Cavazoses in a tough situation. As ValleyCentral.com reported:

Jose ‘Fred’ Cavazos, the landowner, is 71-years-old and disabled but says the government is putting it on him to clear the land.

“I’m going to be left alone to take that barn down,” said Cavazos.

Another issue is that Cavazos makes part of his livelihood from renting land to tenants and the family worries that they will not be able to enter anymore.

The attorney for the family, Ricky Garza, was particularly dismayed. “Yesterday, we witnessed a betrayal of the Biden Administration’s commitment to end construction of the border wall,” he said. “In federal court, the President’s pause on border wall construction is meaningless without immediate action from the DOJ to dismiss these cases.”

Indeed, the fact that these cases are still going forward goes directly against what Biden had promised on the campaign trail. "There will not be another foot of wall constructed in my administration," he said back in August. “What about the land confiscations?” he was asked. “End, end, end, stop, done, over,” he replied. “Not gonna do it. Withdraw the lawsuits. We're out. We are not going to confiscate the land.”

The Nuances of Eminent Domain

The Cavazos family are only the latest victims of a long-running and pernicious legal doctrine: eminent domain.

The term traces back to the 17th-century legal philosopher Hugo Grotius who used the phrase dominium eminens, which is Latin for ‘supreme lordship.’ In his 1625 book On the Law of War and Peace, Grotius described the principle as follows:

“The property of subjects is under the eminent domain of the state, so that the state or he who acts for it may use and even alienate and destroy such property, not only in the case of extreme necessity...but for ends of public utility.” His only qualifier was that “when this is done, the state is bound to make good the loss to those who lose their property.”

In the US, eminent domain must satisfy three criteria specified by the Fifth Amendment:

While James Madison tried to be vigilant in his wording of the Fifth Amendment to avoid giving the government too much power (specifically by using the term “public use” instead of public purpose, interest, or benefit), the ambiguity of the terms has unfortunately allowed the government to use this power in a wide range of cases.

Consider, for example, the phrase “just compensation.” The established legal precedent is to define just compensation as “fair market value,” which is what the property would likely sell for if it were currently on the market. The problem, of course, is that value is subjective. Individual owners, such as the Cavazos family, may have a strong personal attachment to their property, such that the supposed market value is not nearly enough to compensate them for their loss.

So how does the government account for the subjective values of the owner? Well, according to the Supreme Court, they simply don’t, because they know they can’t. As the Court wrote in United States v. 50 Acres of Land, “just compensation must be measured by an objective standard that disregards subjective values which are only of significance to an individual owner.”

The “public use” clause has also been interpreted rather loosely, even though Madison had hoped to avoid this very problem. In the early 2000s, for example, the city of New London, Connecticut wanted to use eminent domain to condemn a neighborhood and give it to a private developer as part of a comprehensive redevelopment plan. The homeowners, including lead plaintiff Susette Kelo with her little pink house, argued that economic development by a private company didn’t constitute public use.

The case went to the Supreme Court in 2005, and in a 5-4 ruling the Court sided with the city on the grounds that the economic benefits and potential for increased tax revenue were sufficient justifications for calling the private development “public use.”

Suffice it to say, it was a very creative interpretation.

And just to add insult to injury, the development plans actually fell through after the land was bulldozed. The area remains an empty lot to this day.

The Importance of Property Rights

Aside from the legal and moral issues, there are also economic problems with the practice of eminent domain. Chief among them is the fact that this policy tool allows governments to undermine the property rights of landowners.

The reason property rights are so crucial for economic well-being is that they provide predictability for the future. When people have secure property rights, they feel confident saving their resources and investing them in longer-term projects, because they know they will be able to reap the rewards at a later date. These investments lead to the creation of more capital, such as tools and machinery, which allows us to produce things more efficiently and thus leads to greater abundance.

When property rights are tenuous, however, people are reluctant to invest.

For example, say you want to build an addition to your house, perhaps to rent out the space or simply for your own enjoyment. The addition would take a considerable amount of time and money to build, but you’re quite sure it would be a net benefit for yourself and others if you were able to complete it.

Now imagine that politicians are thinking about taking your house using eminent domain. Even if they never follow through, the mere threat of losing your investment is probably enough to dissuade you from building the addition. Thus, you end up putting your resources toward other, less beneficial ends. In short, economic growth is curtailed.

Though the US certainly has much stronger property rights than many other countries, eminent domain continues to be a pervasive problem. And sadly, landowners like the Cavazos family have little recourse if they are targeted. The state, after all, gets the final say.

I guess that’s why they call it “supreme lordship.”

Patrick Carroll has a degree in Chemical Engineering from the University of Waterloo and is a Eugene S. Thorpe Writing Fellow at the Foundation for Economic Education.