If we want freedom and privacy, we must persuade others that these are worth having. 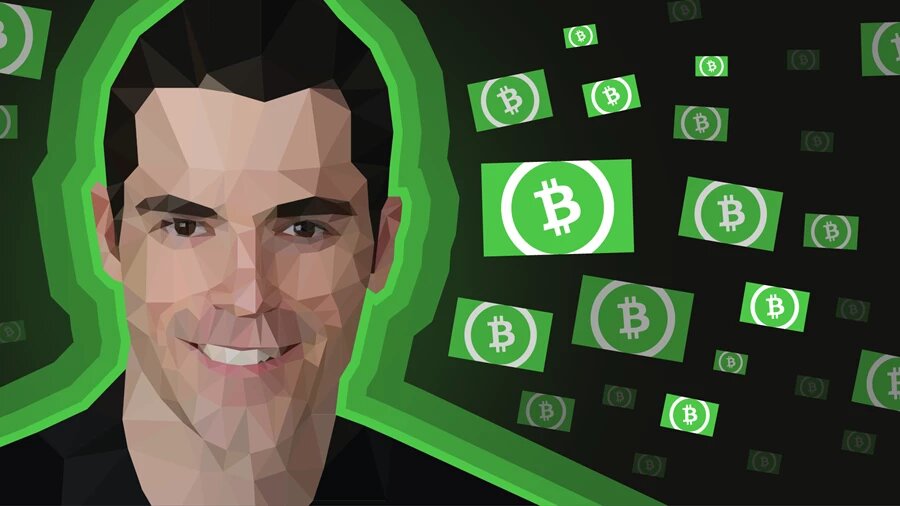 Entrepreneur and Bitcoin.com founder Roger Ver recently sat down with FEE’s Executive Vice President Richard Lorenc to share his thoughts about cryptocurrency, human liberty, and economic education. In January, Ver generously gave two major gifts valued at $2 million to FEE in the form of Bitcoin Cash (BCH). He discusses below why he supports FEE along with the importance of teaching others to care about freedom:

What is the fundamental promise cryptocurrency offers in the pursuit of human freedom?

It can help us have freer markets than we have ever had before and to do this faster than lobbying the government for political change. People shouldn’t need a social security number, an ID, and a bank account in order to participate in the economy, and cryptocurrencies like Bitcoin Cash that are fast, cheap, and reliable can make that possible.

Why should proponents of cryptocurrency support human liberty more broadly?

Hal Finney, who is the first person we know of other than Satoshi Nakamoto to run the Bitcoin code, wrote in an email back in the 90s that we can’t just fade into cyberspace and expect technology alone to give us freedom.

“I believe we will have the kind of society that most people want. If we want freedom and privacy, we must persuade others that these are worth having. There are no shortcuts. Withdrawing into technology is like pulling the blankets over your head. It feels good for a while, until reality catches up.”

For all the good that cryptocurrency like Bitcoin Cash can do, it isn’t enough. Bitcoin won’t stop tax collectors showing up at your door demanding 30% of your income and it won’t stop the state putting people in cages for victimless crimes. At least it can’t do it alone. We stop those by winning the battle of ideas too and making people care about being free.

What are the biggest threats to the success of cryptocurrency today?

I used to think it was the government and regulators who would try to make it difficult for people to use it, and that is still a threat, but the people in cryptocurrency are also a threat. We’ve seen over and over just how hard it is to scale a blockchain project so that it can actually be used by people around the world. A lot of people have their own ideas about what Bitcoin should be, and these are totally different than what Satoshi Nakamoto wanted or what got so many people like me excited about Bitcoin to begin with. So we see today projects like Bitcoin and Ethereum that are experiencing unsustainable transaction fee levels that are going to push people onto custodial services or keep them out of the cryptocurrency economy altogether.

That’s the big threat, I think—that we never get a project that is actually allowed to grow without being rate limited by the people involved. Cryptocurrency can’t help people be more free if they can’t use it. Fortunately, Bitcoin Cash is one of the few projects working towards solving that, and anyone in the world can send any amount of money for less than a penny.

Why is solid economic education for students so vital in today’s world?

I wouldn’t be where I am if it weren’t for reading people like Mises, Rothbard, and Bastiat. If you’re a student today who hasn’t read them, chances are you think economics is all about boring numbers and figures, but that’s not it at all. It’s really about understanding individual human action in a world of scarcity, opportunity cost, and incentives. You need that in business, investing, in your career, in anything you might want to do.

Politically, I saw this quote by Isaac Morehouse, who has written a lot of good stuff for FEE.org, which I loved: “good intentions combined with no understanding how an economy works leads to hell on earth.” I don’t think I can put it better.

What first drew you to FEE and why do you support this organization?

I read The Freeman in high school and it helped get me started down a path that led to reading people like Mises, Rothbard, Bastiat, and Hazlitt. People are not going to get any of this material in school today, and organizations like FEE are some of the only places that young people can go to get quality introductions and instructions to these thinkers and ideas.

Why should donors invest in FEE?

FEE is consistent. One of the things I think about when I support people, causes, and organizations like FEE is whether or not they can be relied upon to continue their work with as much energy and principle as they had when they first caught my eye. Sadly this is not always true. I’ve built several businesses and invested in many more and I can’t tell you how hard it is to build and maintain a team of people who are committed to the vision. I think this is even harder to do in the liberty space where there is so much pressure to compromise and make tradeoffs that serve the organization and the people in it, but water down the message and its impact. In the nearly three decades I’ve been a fan of FEE, I haven’t seen that. You can have a lot of trust in FEE that your investment is going to be used to advance freedom today and tomorrow.

Roger Ver is a Bitcoin/Blockchain investor and economist, and a member of FEE's faculty network.