Venezuela’s latest struggle with hyperinflation is unfolding as the United States faces its own inflationary worries.

The lines snake outside the state-owned banks of Caracas virtually every day as Venezuelans wait to withdraw cash.

“We are only in line for transit fare,” a nurse named Karina tells a reporter as she waits to withdraw the maximum 400,000 bolivars. 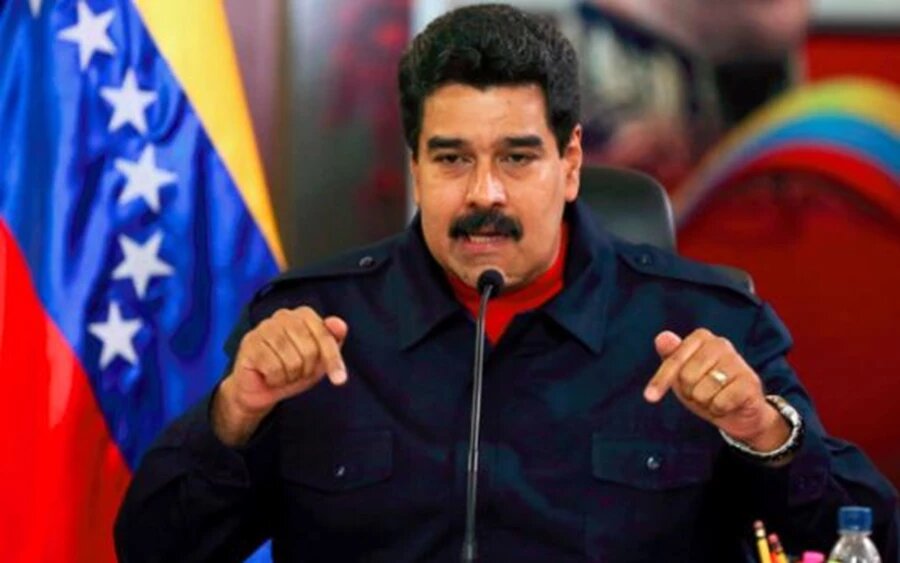 Four hundred thousand bolivars might sound like a lot. It’s not. It’s roughly the equivalent of twenty cents.

“With that, you cannot even buy a caramel,” Karina says glumly.

Nevertheless, Venezuelans have little choice but to wait in line to withdraw money—even if it’s a sum that won’t even buy a piece of candy. As Reuters reported on Monday, public transit stations in Venezuela cannot process digital payments, which means an exorbitant amount of physical cash—roughly three-quarters of all bolivars in circulation in Venezuela—is spent at public transit systems just so workers can buy transit fares to get to work.

“Paying transport fares is complicated because there is no cash,” Marina Ospino, a part-time salesperson and mother of two, told Reuters as she rode a bus. “And to run an errand, you need to have a fortune.”

Venezuela’s cash crunch is in some ways difficult to fathom. After all, earlier in March Venezuela’s central bank announced it was introducing a new 1-million-bolivar bill to facilitate transactions.

"These new bills will complement and optimize the current denominations, to meet the requirements of the national economy," the central bank said in a statement.

The problem is Venezuela’s printing presses can no longer keep up with the hyperinflation they precipitated. Inflation was 3,000 percent as of January, according to the state’s central bank, following years of hyperinflation that peaked at 10 million percent in 2018.

s a result, Venezuelan currency is almost useless, despite the recent announcement. (Those new 1-million bolivar notes are worth roughly fifty cents.)

Hyperinflation is not Venezuela’s only currency problem, however. Physical cash is literally disappearing in the country. Reuters reports that the amount of cash currently in circulation is roughly 2 percent of Venezuela’s total money supply, down sharply from 7 percent just a few years ago.

“Yes, it is disappearing,” President Nicolas Maduro said in an interview earlier this year, when asked if physical money was becoming more scarce. “For Venezuela that is a big advantage.” (Maduro did not offer details as to why this was advantageous for Venezuelans.)

Part of the cash vanishing act appears to stem from the fact that Venezuela can’t even obtain enough paper to print new banknotes.

“In 2020, Venezuela purchased two shipments of secure paper for cash printing from a Brazilian company, according to Import Genius, a firm that collects customs records for the import-export industry,” Reuters reports. “An effort to print bills in Turkey was unsuccessful, two people familiar with the matter said.”

The Perils of Hyperinflation

Venezuela’s plight is severe, but hyperinflation is not as uncommon as one might think.

From Weimar-era Germany to Zimbabwe in the 2000s under Robert Mugabe and beyond, modern history is replete with examples of hyperinflation that ravaged once prosperous economies.

In most cases, the immediate causes of hyperinflation are not difficult to identify: nations repeatedly injected large amounts of money into their economies. This was certainly the case in Venezuela, where its socialist system triggered vast amounts of public spending that were no longer sustainable following the global collapse of oil prices and the erosion of private industry.

Government spending more than tripled in Venezuela between 2000 and 2013, a period that was followed by a collapse in economic growth which saw the nation’s GDP fall by more than one-third between 2013 and 2017. According to The Economist, Maduro turned to the most obvious “solution” to his economic crisis: “unbridled creation of money to finance the budget deficit.”

Venezuela’s economic tragedy is unfolding as the United States faces its own inflationary worries.

A newly released Bank of America survey reveals that investors’ top concern is no longer the pandemic, but the risk of inflation to the economy.

“Both inflation (37% of respondents) and the risk of a market taper tantrum [a panic driven by a tapering of the amount of money being injected into the economy] (35%) beat out the pandemic as the top risk for investors,” Axios reports.

Investors are not wrong to worry. Economists in recent weeks have raised concerns about creeping inflation, which edged up 0.4 percent in February, the result of rising energy prices.

“I think there is enormous risk we are running,” economist and former Harvard president Lawrence Summers recently observed. “I think there’s a real possibility that within the year we’re going to be dealing with the most serious, incipient inflation problem we’ve faced in the last 40 years.”

The inflation concerns should come as little surprise.

Like Venezuela, the printing presses in the US have been working overtime of late. The Fed’s balance sheet exploded to more than $7 trillion in 2020, an increase of some 600 percent from the 2008 financial crisis. This unprecedented money pumping was intended to stimulate the economy, both by artificially lowering interest rates and by financing a massive public spending splurge in the wake of the coronavirus pandemic. On top of the nearly $5 trillion federal budget, lawmakers over the last year approved federal stimulus packages poised to hit $6 trillion in total spending—roughly $42,000 per US taxpayer.

The Washington Post recently celebrated the most recent injection, a $1.9 trillion “COVID relief” package that contained many big-spending items that had nothing to do with the pandemic.

The cash shower is not free, however. The simple economic reality is that printing money comes at a cost. It results in money being worth less than it was before.

Many will argue that what’s happening in Venezuela “can’t happen here.” This is an unwise philosophy.

The truth is it can happen here, especially if policymakers are seduced by the fashionable new economic thinking of Modern Monetary Theory, which rejects the idea that budgets must be balanced since governments have the ability to simply print their own currency infinitely.