We interviewed economics professor Steve Hanke to find out why he says the real cost could be as much as $119,000 per federal taxpayer.

In just his first 100 days, President Biden has rolled out ambitious spending plans meant to vastly increase federal funding for everything from infrastructure to jobs to families. The whopping $6 trillion price tag on these combined proposals has raised many eyebrows about how a nation more than $28 trillion in debt can afford such a splurge.

But one prominent economist is warning that the true cost of Biden’s plans could be more than three times higher than advertised.

Steve Hanke is a Professor of Applied Economics at Johns Hopkins University and Director of the Troubled Currencies Project at the Cato Institute. In a new op-ed for the Wall Street Journal, he argues that the true cost of the president’s spending proposals is really closer to $17.1 trillion. (That’s roughly $119,000 per federal taxpayer!) 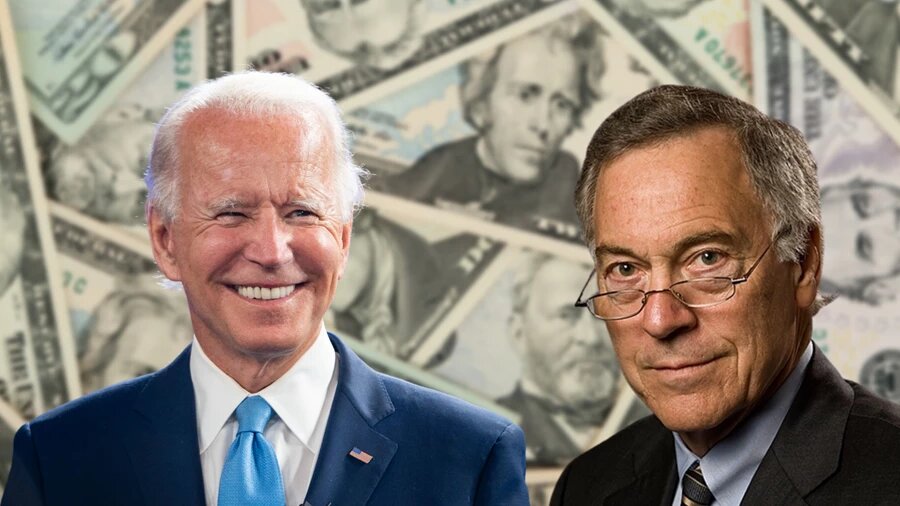 Why are the current price tags such vast underestimates? The Foundation for Economic Education interviewed Hanke to find out.

The economist started by pointing out that “The collection of taxes is not a costless exercise.”

“There are hidden costs associated with it,” Hanke said. “One isn’t even hidden, actually, it’s the financing of the federal government’s tax extraction operation, namely, the Internal Revenue Service. Then, in addition to that, there’s the hidden costs incurred by the taxpayer, literally to prepare their taxes and to adjust their economic activity to comply with the tax code.”

Between the two, Hanke estimates these costs at 10 to 25 cents per dollar in tax revenue collected. Despite the assumption that underlies traditional spending legislation price tags, the economist noted that “a dollar doesn’t flow in frictionlessly to the federal government.”

So it’s fair to assume that the surface-level price tag of spending proposals underestimates the true cost by 10 to 25 percent. Nowadays, that’s not a rounding error—it’s a difference in the hundreds of billions to trillions.

However, Hanke says that the hidden costs associated with taxation extend far beyond collection and compliance. He explained that there's an “excess burden,” what in economics would be called “deadweight loss,” associated with increases in taxation as well.

“[It’s simply] the cost associated with all the distortions that taxes put into the economy,” Hanke explained. For example, higher income taxes discourage work. And higher taxes on business discourage investment.

As Henry Hazlitt lucidly explained in Economics in One Lesson, “taxes inevitably affect the actions and incentives of those from whom they are taken.” He specified that “the larger the percentage of the national income taken by taxes the greater the deterrent to private production and employment.”

“[Such] distortions cause the economy to generate a lot less revenue and income than would otherwise be the case,” Hanke continued. The excess burden simply accounts for all these losses.

And it makes IRS expenses look like chump change. Hanke pointed out multiple studies showing the excess burden of taxation is between $2.65 and $3.00. “So, any new government expenditures you’ve got to multiple them by three to get the true cost.”

I asked the economist whether this holds true even if the spending is financed by federal debt or money-printing. He noted that ultimately it all leads to higher taxation, and pointed out that the Biden administration has repeatedly said it will offset its spending proposals with direct increases in taxation.

You might be wondering: Why is this the first I’m hearing of all this? Well, the nonpartisan institutions like the Congressional Budget Office commonly relied upon for cost estimates don’t factor in the excess burden of tax increases. They just use face-value “frictionless” revenue assumptions.

Why don’t these agencies take these crucial figures into account? Hanke answered that to do so would be “politically incendiary,” because if they did, very few spending proposals would ever pass a cost-benefit analysis.

This oversight plays right into the hands of big-spending politicians. When the full costs are taken into account, Hanke says it’s “almost inconceivable” that President Biden’s spending proposals would be worth the expense.