How Colombia’s Crackdown on Uber Is Hurting Their Transportation Industry

In his essay, “Transportation in the Free Market,” corporate executive Lovett C. Peters complains that, “regulation of transportation is not in the best interest of the consumer. Regulation deprives him of access to the free market.”

These lines would not be out of place in an op-ed about the conflict that is currently raging in Colombia between government licensed traditional taxi services and ride sharing apps such as Uber, Lyft, and Cabify. Mr. Lovett was, in fact, writing about Boston taxi medallions in 1967. 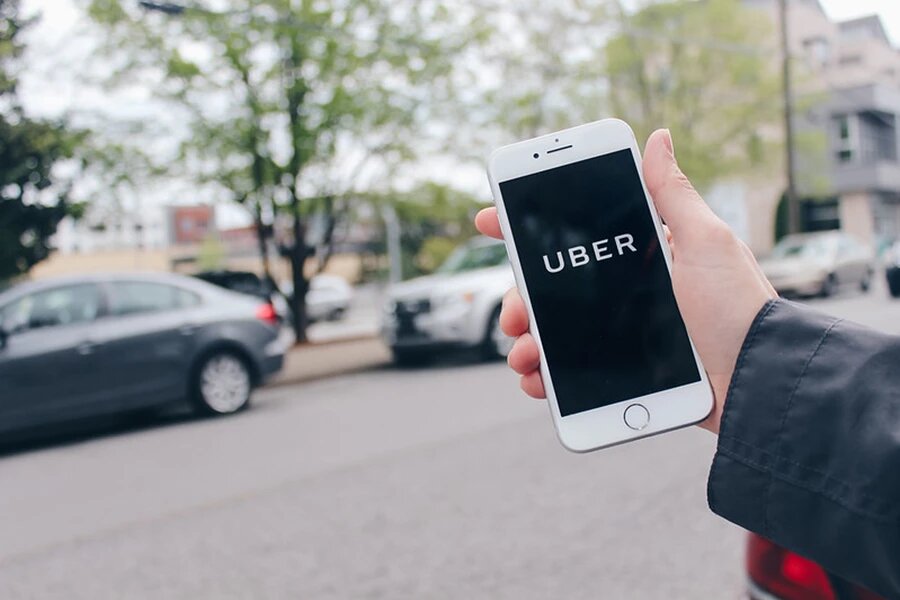 Wi-fi and smartphones may have changed the way transportation services are delivered, but they have not changed the debates over regulation and the free market. The artificial scarcity that Lovett objected to in 1967 Boston is the same as the one created for taxicabs in 2021 Bogota, and, in many ways, the consequences are worse. Free market competition between traditional taxis and ride sharing apps should be allowed in Colombia and other Latin American countries, where it will result in faster, more efficient, and, most importantly, safer service.

Transportation customers in Colombia have long suffered from poor service, inflated prices, and assaults perpetrated by Colombian taxi services. Consumers in Colombia complain that taxi drivers often do not want to take them to their destination, are not available in peak hours, and make them wait for an unreasonable amount of time for service. Furthermore, taxi drivers frequently take longer routes in order to charge more. This is even more common when the customer is unfamiliar with the city or an international tourist. Many Colombian taxi drivers use a variety of techniques to overcharge customers. One method is to round the fee up. For instance, if the meter shows $6.700 pesos, they charge $7.000 pesos. In other cases, the taxi driver pretends not to have change, forcing the user to give up the remaining value.

What taxi users fear most, however, are the assaults and the crime that has become known as express kidnapping. In 2013, the DEA agent James Watson was killed in a taxi cab robbery. He was the victim of what is known as “millionaire ride.” During this kind of robbery, the “passengers are taken to a spot where a driver´s accomplices are waiting. The victim is then driven to cash machines where they are forced to withdraw money.” At that time, around 200 similar cases were reported, and the police said that fifty or sixty percent of taxi cab robberies are never reported. In 2018, 15 percent of robberies were perpetrated when the victim was using a transportation service. Predictably, this long list of abuses has made Colombian citizens reluctant to use taxi services at all.

In 2013, Uber arrived in Colombia as an alternative transportation service, offering high quality service at an affordable price. Uber enjoyed a good reception from users. It not only provided fast, affordable and convenient service, but also provided many unemployed people with a new job opportunity. In 2016, around 30,000 drivers worked for Uber Colombia an average of 3 hours per day. By the end of 2019, Uber Colombia had 88,000 drivers and 2 million users. Uber brought a short-term economic opportunity for both users and drivers.

In Colombia, traditional public transportation services are highly regulated. Taxi drivers must have a special license and purchase a medallion “that gives drivers the opportunity to own the right to operate.”

The Uber smartphone app, as well of those of similar ride sharing services, also creates an added level of security for users. The service allows users to see the exact mileage, charge per mile and amount to be charged to their debit or credit card. Users do not have to worry about having exact change to pay for the service. The information from each ride is recorded and accessible. It is possible to know the driver’s name, reviews, experience, and availability. That information can help reduce the assaults and express kidnappings. The tracking features of the smartphone apps give consumers an extra level of confidence when using the service, increasing the frequency of use.

In Colombia, traditional public transportation services are highly regulated. Taxi drivers must have a special license and purchase a medallion “that gives drivers the opportunity to own the right to operate.” Also, they need to be tax registered. The cost of the medallion, or “cupo,” is between 75 and 150 Colombian millions ($25,000 to $50,000 dollars). This can be as much as three times the cost of the taxi itself. The “cupo” creates an artificial shortage, where supply is reduced and prices are high. Taxi drivers pass this cost to consumers while Uber drivers do not. Uber drivers also do not have to comply with any of the transport regulations in Colombia, which means they can afford to charge less for the service.

Unfortunately, the Colombian government has taken extreme measures to prevent innovation in the transportation sector and repeatedly sided with traditional taxi services over Uber and other ride sharing services. Although there was no explicit law banning ride sharing apps in Colombia, the drivers’ lack of a ‘cupo’ has made them the target of the Transito police, and users have posted multiple reports of police harassment of Uber drivers.

The Colombian courts have also been friendly to traditional taxi services. As reported by Cruz Mantilla, on December 20th, 2019, “the Superintendence of Industry and Commerce ordered the immediate cessation of Uber services in Colombia.” Uber Colombia was accused of unfair competition, customer deviation, and anti-competitive conduct. On December 30th, 2019, Uber disputed the court case and initiated legal actions to protect foreign investments under the free trade agreement between Colombia and The United States of America. Uber left Colombia on February 1, 2020. However, at the same time, it announced that a similar Uber application would work temporarily. It attempts to get around the ruling by calling itself a car and driver rental service. Cotech, the company that filed the initial suit against Uber Colombia, already plans to sue over the new application.

The current status of the transportation market in Colombia is unfair to all parties in different ways, and must be changed through pro-market regulation. As previously discussed, the artificial shortage of taxi services created by the government has been inconvenient, unfair, and even dangerous for consumers. It has impeded innovation in the form of smartphone applications and prevented the additional supply created by tens of thousands of Colombians who are willing to try driving for Uber and other companies. This has created a new, unregulated black market for rideshare drivers. It is also unfair to the traditional taxi drivers, despite their support for the current system. Due to their higher costs from the ‘cupo’ and other regulations, they cannot compete with the rideshare drivers on price. Because the traditional taxis are less accountable to consumers, the abusive behavior of some drivers has given all of them a bad reputation.

A free market, in which traditional taxis and a variety of ride sharing apps compete on equal terms, would help to resolve the problems with taxi cab service in Colombia. Competition will improve the service and prevent abuses by providing better prices, faster service, flexible payments, and greater tracking of rides and drivers. It will also eliminate the demand that drives the ‘black market’ Uber network that currently operates in large cities like Bogota. A free-market for cab services offers workers access to the “on-demand” economy and the possibility of working as independent contractors who manage their own hours, location and frequency. Further, increased competition in Colombia’s transportation sector will create more available supply and therefore lower prices for the users. If traditional taxi drivers are freed from the high costs and burdensome regulations currently in place, they may be able to compete on price and service. The free market will encourage businesses and individuals to continue to innovate and improve services.

The current status of the transportation market in Colombia is unfair to all parties in different ways, and must be changed through pro-market regulation.

Unfortunately, governments like the one in Colombia are uncertain as to how they should classify and possibly regulate Uber drivers, and Colombia’s track record with taxis has created the current undesirable situation. It is possible that the policy debate will become further polarized or even corrupted, resulting in legislation that is heavy handed, ineffective or anticompetitive. Voters in Colombian metro areas must demand that their leaders become more efficient, reliable and accountable. Perhaps a savvy tech entrepreneur will one day develop an app for that, too.

Gina Jozwiak was born in Bogota, Colombia. She became an American citizen in 2015. She has degrees in Biology and Microbiology and is currently pursuing an MBA. She works in a Biochemistry laboratory in Indiana.