A Facebook spokesperson says the restrictions taken on Ron Paul's page were a mistake.

UPDATE: In an email on Monday night, a Facebook spokesperson told Reason that it had mistakenly locked former Rep. Ron Paul's page. "While there were never any restrictions on Ron Paul's page, we restricted one admin's ability to post by mistake. We have corrected the error," the spokesman said.

On Monday, Facebook blocked former presidential candidate Ron Paul from his own page. The move came hours after the longtime congressman and libertarian hero shared an article he wrote criticizing Twitter and Facebook for banning President Donald Trump from their platforms. 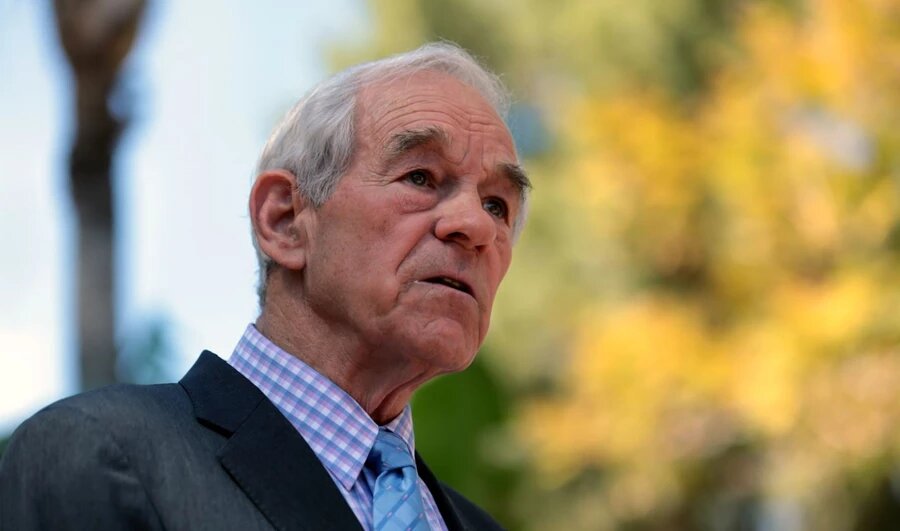 “Last week’s massive social media purges – starting with President Trump’s permanent ban from Twitter and other outlets – was shocking and chilling, particularly to those of us who value free expression and the free exchange of ideas,” Paul wrote. “The justifications given for the silencing of wide swaths of public opinion made no sense and the process was anything but transparent. Nowhere in President Trump’s two ‘offending’ Tweets, for example, was a call for violence expressed explicitly or implicitly. It was a classic example of sentence first, verdict later.”

“With no explanation other than ‘repeatedly going against our community standards,’ Facebook has blocked me from managing my page,” Paul announced on Twitter. “Never have we received notice of violating community standards in the past and nowhere is the offending post identified.”

Paul said the only material posted to Facebook on Monday was the article previously noted, his weekly "Texas Straight Talk" column, which he has published every week since 1976.

The Big Chill on Speech

The question of social media censorship, a phenomenon that has grown steadily in recent years, is a thorny issue, especially for libertarians.

As private companies, Twitter and Facebook have the legal right to decide who and what to allow on their platform. On the other hand, many see the cultural values of free expression and viewpoint diversity as the cornerstones of a liberal (in the classical sense) and tolerant society.

For years, the media generally and libertarians particularly discussed how bans on controversial figures should be handled. The debate began in earnest in the summer of 2016 following the ban of Milo Yiannopoulos, a right-leaning provocateur who had gained an immense following on social media.

Many at the time were shocked to see Yiannopoulos banned following a spat with actress Leslie Jones, but there was general agreement in many circles that Twitter, while wrong on principle, was within its rights.

“Twitter is a private company. It can set its own speech policies, and those policies don't have to be fair. There's no universal human right to own a Twitter account,” Reason’s Robby Soave pointed out. “But if Twitter wants to live up to its stated commitment to maintaining a public forum where provocative, controversial, and even occasionally rude or hurtful speech is tolerated, then it should consider restoring Yiannopoulos's profile.”

Two years later, a similar conversation took place with Alex Jones, the far-right radio show host and conspiracy theorist, who ultimately found himself banned by Twitter and Facebook. The responses were not surprising.

Many left-leaning pundits cheered the move, pointing out Jones was not entitled to First Amendment protection, since Twitter and Facebook were private companies.

“This move is an important step toward setting reasonable, and badly needed, precedent around free speech,” wrote Washington Post columnist Christine Emba. “Companies don’t have to defend the indefensible. Alex Jones can do that all on his own.”

The right, however, warned the bans were unlikely to end with Jones.

“Next they’re coming for you,” Jesse Kelly wrote in The Federalist. “Their goal is to silence dissenting voices. Look down at where you’re standing at this very moment. That is where you draw your line in the sand. Do not give them another inch.”

The Slippery Slope of Restricting Speech

The censorship was never going to end with Alex Jones and Milo Yiannopoulos, of course. Still, the eagerness with which Big Tech is silencing dissent might have surprised even those who warned it would not end with Jones.

Banning the president of the United States was shocking. Taking action against Ron Paul is horrifying. It is senseless. Paul is a man of principle and peace. He is 85 and not active in politics. Paul does not incite violence and is a threat to no one.

How did we go from banning Alex Jones to taking action against Ron Paul in the space of two years? The answer is not hard to find. It lies in a principle abandoned.

“Once you start making exceptions to a universal principle/general rule, you begin to undermine it; it becomes easier to make further exceptions,” FEE’s Dan Sanchez pointed out in 2017. “If the hate speech of Nazis are to be restricted, why not the hate speech of traditionalist conservatives? If the violent, seditious rhetoric of Nazis are too dangerous to allow, why should the violent, seditious rhetoric of communists be tolerated, or any fundamental criticism of the government?”

Indeed. Of course, Twitter and Facebook have long since abandoned the notion they are free speech platforms. They openly state it’s their mission to keep users “safe,” which they do by enforcing “rules” and community standards when and how they choose.

This mission was flawed to begin with. (I don’t need Facebook or Twitter to protect me from ideas or discussion, thank you very much, and I suspect most individuals would offer similar sentiments.) But by booting Ron Paul, it becomes clear that “safety” is not the true goal of Big Tech. I suspect it never was.

Paul’s deplatforming should anger and perhaps even frighten us. The widespread silencing of dissent is a serious matter; there’s no denying that. And matters are further complicated by the fact that Amazon, Google, and Apple have taken steps that will hinder social media platforms competing with Facebook and Twitter.

But what should be done?

As it happens, Paul himself asked this very question in the column that apparently led to his Facebook exile.

“So what is to be done? Even pro-free speech alternative social media outlets are under attack from the Big Tech/government Leviathan. There are no easy solutions. But we must think back to the dissidents in the era of Soviet tyranny,” Paul wrote.

“They had no Internet. They had no social media. They had no ability to communicate with thousands and millions of like-minded, freedom lovers. Yet they used incredible creativity in the face of incredible adversity to continue pushing their ideas. Because no army – not even Big Tech partnered with Big Government - can stop an idea whose time has come. And Liberty is that idea. We must move forward with creativity and confidence!”

Liberty is indeed the idea. And if we’re patient, I suspect the market will soon offer a genuine alternative (more on that later) that may soon make Facebook and Twitter regret their authoritarian impulses.