Cancer Screenings Plummeted in 2020. The Results Are Grim

Teresa Ruvalcaba's heart-wrenching story is proof of just how serious delays in cancer care can be. 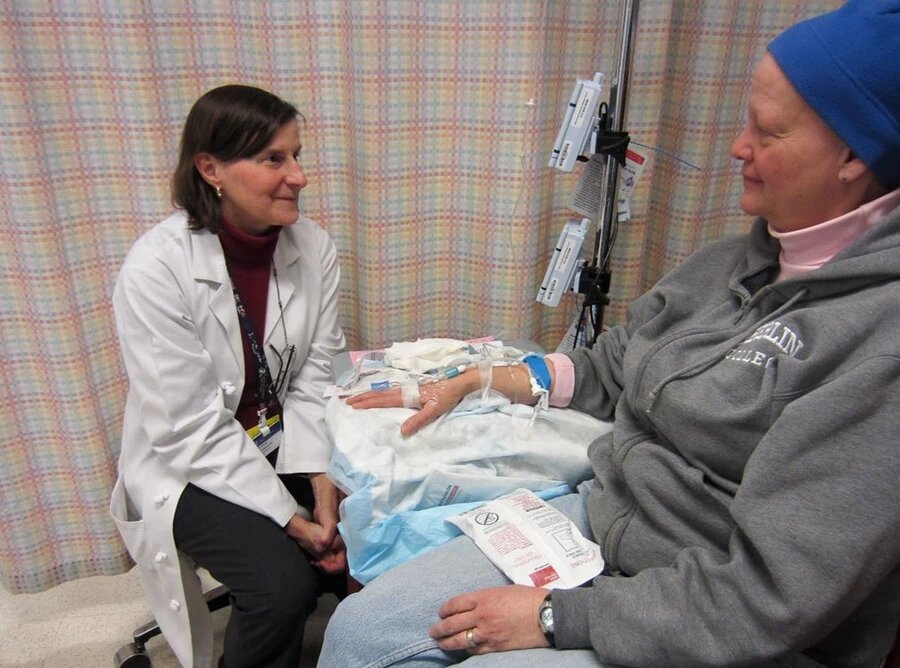 At Chicago’s Mount Sinai Hospital, Teresa Ruvalcaba was suffering on a cold January night. For months, she had tried to avoid thinking about the inflammation blooming in her chest, but the pain could no longer be ignored. So finally she had asked her 24-year-old son Sergio to drive her to the hospital.

Laying in the emergency room, the 48-year-old factory worker was a frightful sight for doctors.

“[Teresa’s] right breast [had] swollen to nearly twice the size of her left, the skin so thick and dimpled that the doctor examining her would note that it resembled an orange peel,” writes journalist Duaa Eldeib.

Ruvalcaba was the subject of a recent ProPublica article that explored one of the many largely overlooked crises that has emerged in the wake of the pandemic: an unprecedented disruption of cancer screenings.

“Across the country, preventive cancer screenings plummeted by as much as 94% during the first four months of last year,” reports Eldeib. “At Mount Sinai, the number of mammograms dropped by 96% during that same period.”

Other independent reporting showed similar trends. For example, last May officials at the University of Pennsylvania Health System say skin cancer diagnoses fell by around 80 percent in March from early February. Meanwhile, Stat News highlighted research that showed colon cancer screenings dropped by 86 percent during the height of the pandemic, while cervical cancer was down 68 percent.

A Magnitude ‘Never Seen Before’

The collapse in cancer screenings didn’t last all year. Data show they recovered somewhat by early summer, though they still lagged pre-pandemic figures by considerable margins. As a whole in 2020, studies estimate diagnoses dropped 50 percent on the year.

This is a serious matter, considering that cancer is the second leading cause of death in the US, claiming roughly 600,000 Americans each year. Trying to gauge how many excess deaths the disruption will cause in the years ahead is difficult because the US is in unchartered territory.

“Cancer care in the United States has never seen a disruption of this magnitude,” Eldeib notes.

Dr. Norman Sharpless, director of the National Cancer Institute, told ProPublica it may be “a year or two” before the rise in cancer deaths begins to appear in data because treatment can delay cancer deaths for a while.

However, the initial estimates are not encouraging.

With Cancer, Delays Are Deadly

The word “lockdowns” never appears in the ProPublica story. Eldeib primarily focuses on patients like Ruvalcaba, who apparently simply was afraid to go see a doctor because of the existence of COVID.

Dr. Paramjeet “Pam” Khosla said Teresa’s story is not unique. She tells Eldeib she saw roughly 10 cases of advanced cancer in a recent four-week period, including one patient with a mass on his neck the size of a grapefruit and another who had a tumor that had pushed his brain against his skull.

“All of these patients had been afraid to seek treatment at the hospital during the pandemic,” Eldeib writes.

While it’s no doubt true that fear played a role in the diminished number of cancer screenings, it’s also true that lockdowns played a significant role. Last year Time magazine published data that showed the most precipitous drop in cancer screenings came at the height of lockdowns, when governors across the country imposed various restrictions that prohibited or restricted hospitals from offering basic medical procedures.

There is no question this “pause” caused significant delays in medical treatment that resulted in serious harms. Hospitals in the US diagnose about 1,8 million cases of cancer each year. You can’t simply shutdown diagnostic operations for weeks or months and expect that there will not be significant delays.

And the sad reality is that with cancer, delays can be deadly. Dr. Carrie Kovarik, an associate professor of Dermatology at the University of Pennsylvania, last year told ABC News early diagnosis is particularly important for certain types of cancer—such as melanoma—since the survival rates fall steeply once it begins to spread.

Indeed, Teresa Ruvalcaba is proof of just how serious delays can be. By the time Dr. Khosla saw Teresa, her case had reached an advanced stage of inflammatory breast cancer, which she described as the worst case she had seen in a decade.

Teresa is still alive, but Eldeib reports that her stage 4 cancer has metastasized and invaded her ribs, lymph nodes, skin, sternum, and hip.

“If she would have come six months earlier, it could have been just surgery, chemo and done,” Khosla said. “Now she’s incurable.”

Acknowledging the Reality of Tradeoffs

In a recent interview with CNN’s Wolf Blitzer, Dr. Anthony Fauci, the nation’s top infectious disease official, was asked what inning we would be in if the pandemic was a baseball game. Fauci, who has shown a knack for moving the goalposts on pandemic targets, answered “the bottom of the 6th inning."

Fauci is no doubt offering the advice he believes is best. But he should remember the first rule of economics.

“There are no solutions, there are only trade-offs” the economist Thomas Sowell has observed, “and you try to get the best trade-off you can get, that's all you can hope for.”

COVID-19 is a serious and deadly virus. But the biggest lesson of 2020 was that centrally planned attempts to mitigate its spread—especially coercive ones—are largely ineffective but come with consequences that are also often serious and deadly.

Fauci seems intent on not recognizing these trade offs—even though we now have a vaccine, are nearly 14 months into the pandemic, and have documented evidence of the various harms of many of the government restrictions he championed.

Nevertheless, there’s no denying that extending the collective fight against COVID—both through coercion and mass messaging campaigns that make people afraid—comes with costs. And delayed or deferred cancer screenings are one of them.

“The longer the pandemic continues,” Dr. Sharpless of the National Cancer Institute told ProPublica, “the more significant the impact of the pandemic on cancer outcomes will be.”

Fauci and politicians may have incentives to “play it safe” and embrace restrictions even as COVID cases continue to fall.

But for people like Teresa Ruvalcaba and many others, the cost is real, and it's high.