40% of Small Business Owners Are Having Trouble Filling Job Openings. Here’s Why.

Ironically, the government’s response to unemployment has actually prolonged and created it.

This finding comes from a new report by the NFIB (a small business advocacy group). The inability to fill jobs comes in spite of the fact that 25 percent of small businesses increased compensation during the same time period, the report finds.

Employers are feeling the crunch, with 24 percent claiming labor quality as their top business problem. Another 51 percent reported few or no qualified applicants for the positions they sought to fill, a statistic made all the more troubling as economists predict millions of new jobs by the end of the year.

These findings are quite shocking given the current unemployment numbers in the country, which hover somewhere between 10 million and 18 million out of work (the government doesn’t exactly know). That’s a significant margin, but one that still shows there are plenty of people who should be knocking down the doors of business owners right now seeking employment. 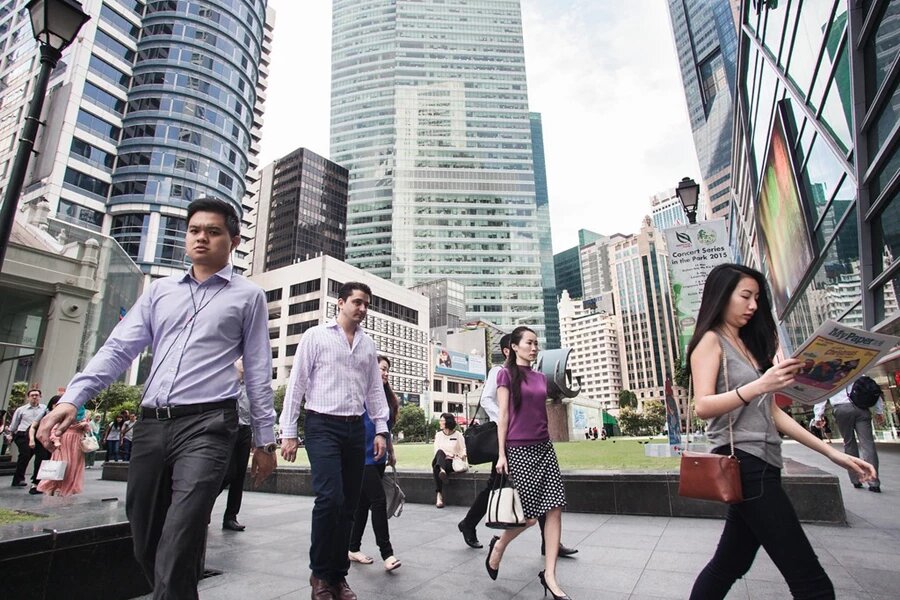 So, where are the workers?

There are several factors that could influence the hesitation to return to the office. The long-delayed reopening of schools has placed a tremendous burden on families. The lack of childcare has been especially harmful for working women. Globally, women have lost their jobs during the pandemic at a rate 1.8 times greater than men and are unlikely to return to work until childcare is available.

Others, particularly those with pre-existing health conditions, may be fearful about resuming daily activities.

But all things considered, the federal government’s increase and extension of jobless benefits is likely playing an outsized role in the decision many Americans are making to stay home.

Prior to the pandemic, the average person on unemployment received $378 a week, and most states offered these benefits for a period of 26 weeks or less. But in response to the lockdowns (that the government itself implemented), Congress began passing “relief” packages in 2020 that vastly expanded those numbers.

At the height of the pandemic, individuals were paid $600 a week by the federal government, giving the average collector a weekly rate of $978 for an extended period of 39 weeks.

The country is clearly on the other side of the crisis. Millions are being vaccinated, case numbers and hospitalizations are both down, and we now know the disease is not nearly as deadly as we once feared. If anything, workers should be encouraged to return to the market and begin the process of rebuilding our economy. Unfortunately, Congress went in the opposite direction last week passing a new “stimulus package” that renewed and extended unemployment benefits.

Under the new legislation, out-of-work Americans can collect benefits through September of this year (depending on the program) and will receive between $300-$400 additional federal dollars per week.

All of these increases have created an environment where many on unemployment receive more money to stay home than they ever earned in the workplace, creating an obvious incentive for people to stay on unemployment.

At the beginning of the pandemic, we at FEE warned that the government’s response could end up being more harmful than the disease itself. And the inability to attract workers back to the market is just one of many examples of that forecast coming true. It’s an outcome made all the more infuriating by its obvious predictability: if you pay people more to sit at home than they can earn otherwise, obviously some will choose to not work.

Ironically, we have seen the government’s response to unemployment actually create prolonged unemployment. This is a poignant example of what happens when policymakers focus on the “seen” but overlook the “unseen” secondary effects, a critique first identified by French economist Frederic Bastiat.

“A law produces not only one effect, but a series of effects,” Bastiat wrote. “Of these effects, the first alone is immediate; it appears simultaneously with its cause; it is seen. The other effects emerge only subsequently; they are not seen.”

“There is only one difference between a good economist and a bad one: the bad economist confines himself to the visible effect; the good economist takes into account both the effect that can be seen and those which must be foreseen,” he concluded.

Modern-day economists refer to such “unseen” effects as unintended consequences.

The government’s response to the coronavirus has created many unintended consequences, including the employment dysfunction discussed above. Politicians may have viewed the increase in benefits as a benevolent act that would ensure those pushed out of work by government lockdowns kept their standard of living and avoided poverty. That was the “seen” effect of the program. But there were many economics-informed voices who foresaw the unseen and harmful effects of such interventions all along, predicting that these benefits would stall the economy and slow the return to normalcy.

If you pay people more to sit at home than they can earn otherwise, obviously some will choose to not work.

In a statement on the most recent stimulus package, President Biden said, “This legislation is about giving the backbone of this nation – the essential workers, the working people who built this country, the people who keep this country going – a fighting chance.”

That may be the intention. But the actual effect is to foster dependency and discourage work.

That’s not giving Americans a fighting chance. It’s setting them up to lose

Hannah Cox is a libertarian-conservative writer, commentator, and activist. She's a Newsmax Insider and a Contributor to The Washington Examiner.
https://fee.org/articles/40-of-small-business-owners-are-having-trouble-filling-job-openings-new-report-finds/