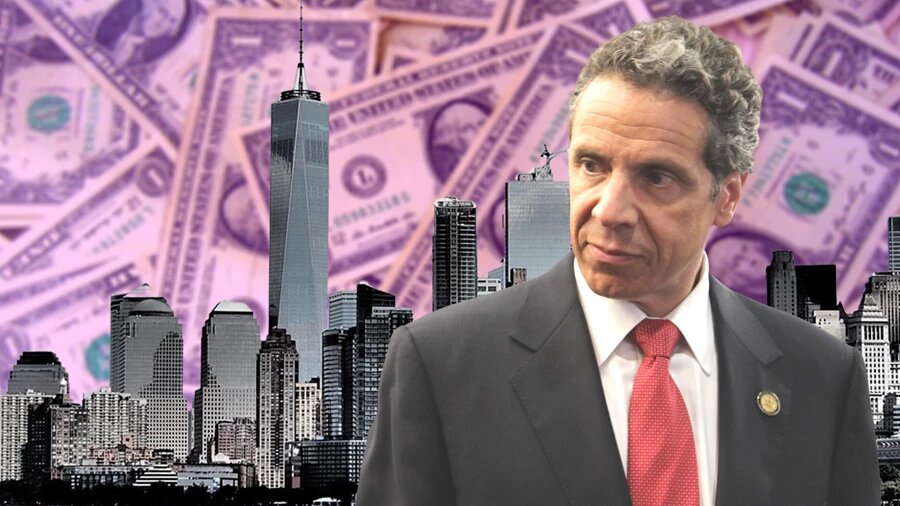 hanks to the recently-passed $1.9 trillion spending package, the state of New York is set to receive a whopping $23.5 billion in federal bailout money. This is more than enough to make up for any revenue gaps incurred over the last year. But progressive lawmakers are nonetheless considering a slew of new business and personal taxes—prompting 250 top business leaders to pen an open letter this week warning that these punitive tax hikes could have drastic ramifications.

“Significant corporate and individual tax increases will make it far more difficult to restart the economic engine and reassemble the deep and diverse talent pool that makes New York the greatest city in the world,” wrote the leaders, whose ranks include the CEOs of JP Morgan Chase, Blackrock, and Goldman Sachs. “Many members of our workforce have resettled their families in other locations, generally with far lower taxes than New York, and the proposed tax increases will make it harder to get them to return.”

“This is not about companies threatening to leave the state; this is simply about our people voting with their feet,” the letter continues. “Ultimately, these new taxes may trigger a major loss of economic activity and revenues as companies are pressured to relocate operations to where the talent wants to live and work.”

What specific proposals have these business leaders so concerned? Well, here are the tax changes up for consideration in the Empire State, according to Fox Business:

These hikes would come in the context of people already “fleeing New York City in droves,” as the New York Post puts it.

At least 16,000 New York residents changed their addresses to Connecticut last year. And a study found that a net of 70,000 people left the New York City metropolitan area in 2020—taking with them $34 billion in income. Governor Cuomo has literally been reduced to calling up wealthy New Yorkers and offering to cook for them if they return. Meanwhile, state lawmakers have publicly pleaded on television for companies such as Goldman Sachs to stay put: “please don’t leave us.”

In light of this ongoing trend, it shouldn’t be surprising that top financial leaders are warning more of their employees will leave the Empire State if the latest tax proposals go through. New York lawmakers need to realize that people respond to incentives, and that punitive taxation inevitably backfires.

You can’t tax your way to prosperity. If progressive state officials insist on attempting to do so, they will only succeed in chasing yet more talent and wealth out of New York.