Sustainability, the concept and the movement, is one the strongest narratives working on and within the culture today. Of course, corporations, like most individuals, are obliged to confront in some fashion the sustainability crusade. And certainly, for such a major meme, there are markets to be served. Thus, it is not surprising that the large international corporation I work for recently offered a series of webinars on sustainability to its employees. Most were about internal efforts dealing with topics such as life cycle assessment and carbon capture. To be generous to the concept, sustainability in some cases overlaps with what is economical. It is most often misguided, but it can be evil.

The propensity to evil was evident in the webinar on data and artificial intelligence serving sustainability. This presentation was given by an external consultant from a think tank (names reserved to protect the innocent and the guilty). The presentation intended to address the questions: “Does the ecological crisis leave enough time to find, develop and scale up solutions?” and “Does everyone have access to hi-tech solutions?” This plugged-in technocrat proceeded to explain what and how technology is emerging based on two scenarios. 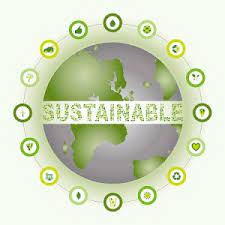 The first scenario, “Scientific Salvation” through “transformation technology,” was presented in three stages. The first two stages were relatively benign, “understand and protect the ecosystem” and “help us find suitable alternatives.” To avoid boring the reader I pass directly to the third stage, “To transform living things.” The project involved a technology “to predict and select the quality of embryos.” The concept technology is founded on somehow creating thousands of embryos and then letting the AI driven scanning technique choose the only ones of quality for gestation and birth, presumably based on some health metric. Even the speaker recognized the dangerous nature of what he described because, moving to the next example, he noted it is “less scary.” During the question period I was pleased to see some ethical pushback. In response to a question regarding embryo selection, the word “eugenics” and “sinister” were mentioned by the speaker; so again, he was not totally obtuse to the potential evil in what he was describing. But he took the line that this was the coming technology, not necessarily that he endorsed it. Then he added, “Now most people do not give birth at home. Within a generation it will be rare to reproduce at home.”

The second scenario called “under the influence,” was also described in three stages.

“Stage 1 Inform & Educate” was again relatively tame. “Stage 2 Encourage!” is essentially Cass Sunstein’s nudge approach to obfuscated tyranny. “Stage 3 Coerce?” had as a background image minnows schooling in a circular pattern that made the intent clear. Even with the question mark, I was amazed this direct call for tyranny could be presented in such a vanilla corporate setting. The euphemism I expected “delegating decisions” was given in the following slide. The example project was a credit card that blocks spending when, for example, the consumer passes his carbon limit. On the slide it stated, “Your card decides whether you can spend your money.” As the speaker conceded “to force people into being environmentally friendly” could “raise a lot of issues.” The concluding questions posed by the speaker were “If information and encouragement don’t work, will individuals and businesses accept coercion?” and “Will the same models work for every community and every problem?” Good questions. I hope wherever I am living the answer will be “no” to coercion.

The presentation brought some different questions to my mind. Is evil sustainable? Clearly yes, as Solzhenitsyn explained, it runs through every human heart. Is the sustainable movement sustainable? I think eventually not, when economic reality hits and the gloom and doom predictions have still not been fulfilled. When will the climate change hysteria end? In 10 years?, in 20 years? In another generation? I don’t know, but perhaps when people observe that the Obama compound on Martha’s Vineyard (3 ft above sea level now) is still dry above water and their own finances are underwater. Of course, unfortunately, by then most of what we recognize as a free and prosperous society will then be a shambles.