There Is a Crack in the State’s Armor: Take Advantage Now!

“All men recognize the right of revolution; that is, the right to refuse allegiance to, and to resist, the government, when its tyranny or its inefficiency are great and unendurable.”

Even in the midst of extreme strife, there are times of calmer waters, and there are times of weakness by what should be referred to as “our enemy the state.” Make no mistake about it, the governing state is always an enemy, but when it breaks or bends, it is up to the ruled to take advantage of the situation by overwhelming the body politic and destroying its power. This should be done with vigor, but peacefully, as only in a time of true self-defense should deadly force be used, and then only to quell the direct threat. With this in mind, there is an opportunity to regain lost freedom by shunning the state and all its nefarious mandates. That opportunity is now. 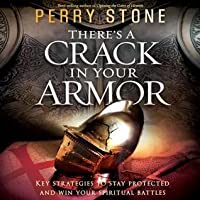 The people of this country are now well into in the fourteenth month of absolute tyranny, but the political class and their accomplices have been too aggressive in their attempts to take total control over society. The lies have become obvious, and the harm caused by agenda driven policy decisions has reached nearly everyone. Sickness and death at the hands of the state’s ‘emergency’ mandates and its horribly dangerous and unnecessary injections, are wreaking havoc for much of the population. In addition, with the forced lockdowns, business closings, mask wearing, distancing, and other restrictions, the economic devastation to this country has been disastrous.  Contradiction, hypocrisy, and lies are being exposed, but the drive toward more control continues, even as more light is shining on the truth.

Even though a major portion of people are going along with all this oppression, many are getting weary of all the insanity, and the state’s attempts to claim complete domination of all life decisions are beginning to backfire. Many are out of work and have been forced into poverty. Many others have been relegated to home prisons, or worse. Quarantines and lockdown have been common, and still are in many places around the country. The poisonous injections falsely called Covid-19 ‘vaccines’ are killing people left and right, and the very adverse reactions are causing alarm. As reported yesterday, Oregon is considering indefinitely extending the requirement of wearing masks, and ‘social’ distancing for all businesses in the state. In Ontario on Friday, new emergency measures with extraordinary powers were issued, and even included stopping any vehicle to find out why they are not locked in their homes. The push is on, but finally, there is somewhat more resistance.

Larger numbers of people are up in arms, and tens of thousands are pushing back in Oregon, and even in Ontario, many police departments are refusing to stop anyone. While tyrannical behavior is certainly still evident, there has recently been more refusal to take orders, and more voicing of opinions about any further oppression due to this fake virus. The government, as I predicted some time ago, is bringing out the ‘variant’ argument in order to frighten the public back into total compliance, but it is becoming more difficult to accomplish as people tire of this madness. All in all, there is a crack in the armor of this heinous government, but do not expect that to last unless the people stand up in force.

At this point in time, there still is little resistance considering that 330 million citizens populate this country, but it seems that an opportunity to gain ground has opened slightly. Several states have eliminated mask orders, and the feds and the ‘health’ bureaucracies could target states like Texas and Florida in order to cause new panic, states that have been bucking the system for some time. The more states that avoid federal ‘guidelines,’ the better, and if enough pushback continues, there will be a chance to stop some of the draconian orders coming at the national level. Most states are still divided, even with a lessening of rules, as local, city, and county officials are continuing to keep mandates in place. This is where local residents could put great pressure on these little dictators that have gotten a taste of power, and threaten to remove them from their positions one way or another.

I should make perfectly clear that I am not optimistic about any awakening of the American people as a whole. The total lack of mass dissent in the face of such a tyrannical reign of terror prosecuted by the U.S. governing system, one that has been voluntarily allowed to take place since the first of last year, is without doubt pathetic beyond imagination. In addition, many are completely lost in a postmodern coma. Any continuance of this level of indifference by the people will only spell doom, and will cause the end of any chance to regain freedom.

It seems however, that there is a window of opportunity at this time. A majority of Americans have still not taken this deadly concoction called a ‘vaccine,’ and this exposes a sign of doubt in the minds of millions. This injection is the most major agenda of the authoritarian few in my opinion, and the drive to ‘vaccinate’ all will continue aggressively. The state will not let up; the fear mongering will not cease, and if the ruling element of this country feels threatened due to more dissent and disobedience by the herd, their efforts will be stepped up, and will become more treacherous. The next phase will be to issue immunity/medical passports and “papers.”

The fight has to be taken to the state, and it appears that the opportunity is now! The government has begun its final push toward authoritarian rule; it is time for us en masse to begin our final push toward freedom from oppression.