The Calm Before the Storm: Use it to Gain Strength to Fight the Coming Tyranny

Life is full of ups and downs, of calm and crashing waves, of silence and pandemonium, of joy and heartache, of living and dying. What smoothes these ever-changing and precarious times comes only from within, as individual inner spirit and the strength it brings is the essence of not only survival, but of life itself. In order to defeat the oppression and corruption that exists in this world, in order to be free, one must always depend on self, and never cower in the presence of evil. There is in this moment a brief time of more calm, but hell is coming, and death is coming with it. Prepare to face this challenge instead of fleeing from it. Prepare to fight back! 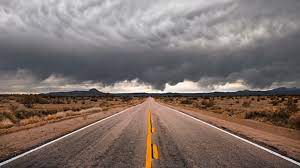 At this point in time, reverse propaganda has begun, and it will become more pronounced in the short term. It is being and will be said more often that the cases and death over the fraudulent ‘pandemic’ are lessening, and permission to move about, albeit with state-supported caution, will be slightly increased, but only temporarily. The ‘vaccines’ will be credited for ‘slowing the spread,’ but of course this is only a lie and a smokescreen. This is the calm before the storm. It is my studied opinion that these poisonous injections falsely called vaccines will cause extreme numbers of deaths in the near future. It may be a few months or later this fall, and certainly sustained over longer periods of time, but the death counts due to the very toxic and deadly nature of all of the Covid-19 shots will weaken the immune systems of tens of millions of people or more, and cause irreparable harm. At that point when deaths greatly increase, it will be blamed on yet another strain of this fake ‘virus.’ When this occurs, new and even more deadly injections will be touted, and the cycle will be never ending.

This is the way of achieving total control over the long term of this population. It is based on fear, so new threats will emerge on a regular basis in order to perpetuate a dependence on government as savior. In fact, there will most certainly be additional threats and multi-faceted attacks on the psyche of the American public. Each step of this process will bring more suffering, more misery, and more carnage. This is the nature of the ruling beast, and if their campaign is successful, the people will become easier to control as time passes.

In addition to these multiple threats, civil unrest, politically promoted and supported violence, looting, rioting, and allowed assaults will become normal, and this will lead to more lockdowns and extreme police state measures being prevalent across the country, especially in the highly concentrated population areas. The more intense this chaos becomes, the heavier the hand of the state will be.

Due to this staged calm, many falsely believe that all will return to what is ludicrously referred to as ‘normal,’ and that the destruction of the economy and financial system is not one of the agendas sought by the ruling class. This is a gross miscalculation, as in order to complete this takeover of society; the current financial and monetary systems must collapse. Controlling property and people, digitizing all money and monetary transaction, and capturing and controlling all life-sustaining necessities such as food and energy, must be accomplished before any finality of control can be assured. This requires starting over and completely restructuring all aspects of existence. This agenda cannot be accomplished by any marginal reform of this social and economic system, hence the term of the oligarchs, “building back better.”

The abhorrent CIA manipulated mainstream media, and the governing class will continually foment extreme division among the masses. This has been easy work to date, as the herd has taken the bait of its masters hook, line, and sinker. The left has been castigated more often by the right for this dividing of society, and it does seem obvious that there is some truth to this as post modern Marxists seem to revel in the destruction of morality, history, and tradition. But of course, this works both ways, and since the left and right where politics are concerned, are one and the same, and their agendas are virtually identical, taking sides is just falling into the division trap from another angle, and therefore a losing proposition. It is a better way to throw off all political ideology in favor of individual responsibility and self-awareness, thus setting the stage for the possibility of real independence for all.

Some may believe that philosophizing about these issues is not constructive and does not give specific solutions for how to defeat these monsters. That thinking is empty and without merit, and is the coward’s way out. It is merely an excuse for not taking action. In order to defeat evil, one must fully understand the enemy and how he thinks. In the case of the Covid scam, and the claimed ruler’s intent, it is imperative to forget the perceived threat, and concentrate on the end game sought. Total control of the people is the goal, and once this is known by the many, the solution should become obvious.

While I tire of saying the same thing over and over again, and of the repetition, the only viable solution to our problems is unity in disobedience, and a refusal to accept any mandate issued by this criminal cartel called the state. This strategy can destroy the perpetrators of this fraud without ever firing a shot or resorting to extreme violence that can only lead to death, destruction and defeat. As simple as this sounds, it is the most powerful response possible, and requires only that one seek independence by taking personal responsibility for himself, his family, and his own freedom. In order to help others, in order to regain sanity, each of us must first help himself, and shun all efforts to seek the rule of others or participate in collective idiocy. Stand and face adversity as an individual, or be swallowed up in a sea of mob ignorance and totalitarian madness.

“I was not born to be forced. I will breathe after my own fashion. Let us see who is the strongest.”