Geronimo was a Native American leader who caused panic among Americans.
Geronimo Chiricahua was an important leader of the Bedonkohe tribe of the Apache. Geronimo, who was actively involved in the Apache-American conflict, caused panic among Americans by taking part in several small-scale operations in northern Mexico and the southwestern United States. He was active in this conflict from 1850-6. 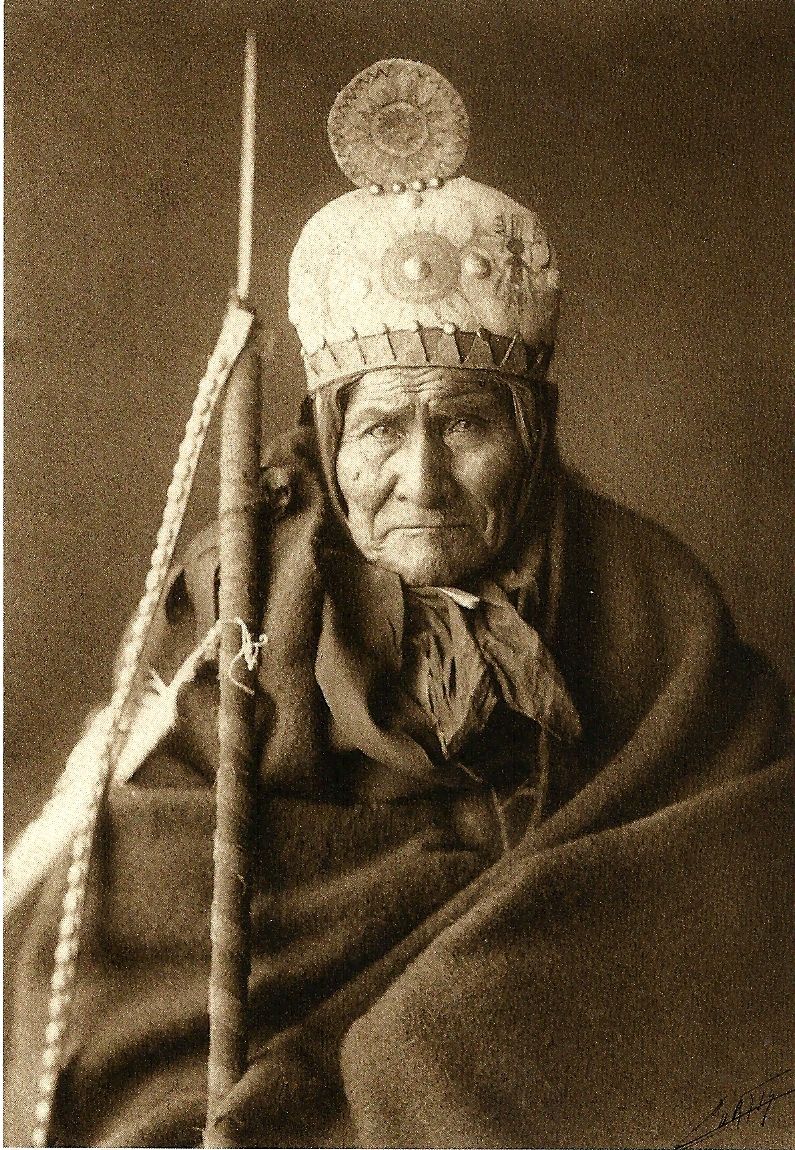 link
The Apache defense strategy in this conflict was to conduct small-scale missions like guerrilla fighters. These operations were conducted not only for military purposes but also for economic purposes. Violence, from the theft of livestock and supplies to migrant prisoners, seemed to be the order of the day. U.S. and European settlers reacted equally violently to these campaigns.
Not that Geronimo was very popular among his people. Even his relatives did not like him very much. He did not lead any tribe, nor was he a warlord. He was a successful leader of the guerrilla movement and moved with 30-50 followers of his own. Many Apache believed that Geronimo had supernatural powers to see the future.

link
Between 18-6, Geronimo accepted American terms and made his home on the Apache Reservation. This was contrary to the conventional way of life of Apache. But this closed life could not hold Geronimo for long. Leaving reservations and the illusion of his own home, he resumed guerrilla operations. In 18, Geronimo surrendered again and was resettled in Oklahoma, where he began farming.
In 1896, Jeronimo took part in the Trans-Mississippi International Exhibition, where he became the center of attraction for visitors. He was in the role of spokesman for the dying people. However, he was legally a prisoner of war. He even met with then-US President Theodore Roosevelt and asked him to end his conflict with himself and other Apache. This request was not accepted by the US administration. Geronimo died in 1909 while a prisoner of war at Fort Seal, Oklahoma.