WHO IS YOUR HELPER?

WHO IS YOUR HELPER? 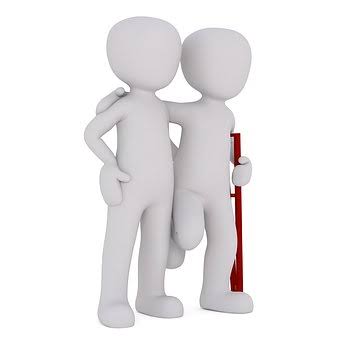 Life is structured in a way that the lot of a person is hardly realized unless assisted in one form or the other. This has driven most men to go all out to seek aid from every possible avenue. The Bible is replete with examples of people who went after such assistance and they ended up becoming spiritually and/or physically doomed. Some aids are mere baits and caution is highly solicited today and everyday.

In the text above, the Ark of the Lord had been out of Israel for more than two decades. The Philistines could not safely keep it, as God was fighting for Himself. They were forced to return it with gifts and sacrifices. God can accomplish whatever that pleases Him with or without assistance. But everyman needs a helper. Who then is your helper?

When we are hard-pressed, some elects can do anything to secure respect. As Paul cautioned the Ephesians, he said, "You no longer live as the Gentiles do, in the futility of their thinking. They are darkened in their understanding, being alienated from the life of God because of the ignorance that is in them due to the
hardness of their hearts. Because they are callous, they have given themselvesover to indecency for the practice of everykind of impurity with greediness. But you did not learn of Christ like this" (Eph.4:17-20, NET).

According to the text, when Samuel discovered that the lsraelites had resorted to come back to God for His assistance, he prayed to God to be their helper as they undertook to serve Him alone. As they were rounding off the reconciliation, the Philistines came again for war, not knowing Israel had re-covenanted with God. The Lord came with thundering against the Philistines, and subdued them and recovered all the cities they annexed to themselves. There was absolute peace thereafter and Philistines did not invade Israel again all the days of Samuel because God, again became their helper-Ebenezer.

Everyone needs a helper in this life. Make God your helper, you will not regret it.