PERSEVERANCE THE WAY TO UNCOMMON SUCCESS

PERSEVERANCE THE WAY TO UNCOMMON SUCCESS


"And give him no rest, till he
establish, and till he make Jerusalem a praise in the earth" (Isaiah 62:7). 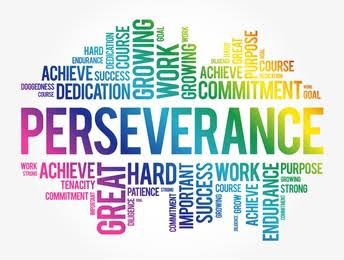 A dictionary defines the word "perseverance" as "continuing in a course of action without regard to discouragement, opposition or previous
failure." This is a wonderful explanation and there is no greater way to success than this. Anyone that wants to succeed in life must push aside discouragement, opposition and past failures and mistakes. These will pull you backward or to a standstill. So, to move on to success, one must determine to persevere. It may not be easy, but make it a pattern of your life that whenever you need a thing, you persist in prayer and in humility.

Our memory verse encourages that you should not give God rest till your petition is granted and you praise God for His goodness. Secondly, in our main text today, we see the "persistent widow', a widow that will not rest, a widow that will push in rain, in the day, at night and at all times. She could not rest until the judge granted her petition.

It is perseverance that brings out the quality of a praying man or woman; like the persistent widow, he or she never gives up. Many businesses fold today because the owners jam several hurdles they are not prepared to face. A man sometime was wrongly accused by his community. He fought so hard to correct the impression, though it took quite sometime, he persevered and succeeded at the end. He succeeded because he refused to throw in the towel; he refused to cave into the victimization. Little wonder when he died, his child wrote as part of his tribute, "You taught us to stand up to our mountains". How bad is that situation? Try more to persevere, keep pushing on, after the dark tunnel a glorious light will come.

Instead of seeking beds of roses doggedly, stand up to those mountains.