HANDLING THE PRESSURES OF LIFE.

HANDLING THE PRESSURES OF LIFE.


>"But the centurion, wanting to save Paul's life, prevented them from carrying out their plan...And in this way all were brought safely to land" (Acts 27:43-44) 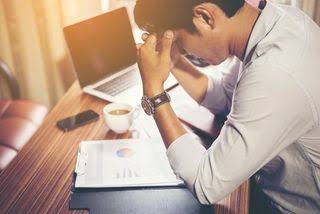 No one is exempt from everyday life pressures. It is a multi-dimensional social malady. It can come from any conceivable department of life, namely: health, relationship, major-life-changes, family, finance, work, trauma, tragedy and the like. There is nothing one can do to escape all that from coming but the issue is how one handles it. Even Jesus called out his own, to come with their pressures. Pressure can be explained as the amount of mental strain caused by one's own or other people's expectations on one's performance. The heavy pressures in your life are often the things God is using to press you to Him. In the above text, we can identify five things Paul did that gave him victory over the pressures that came to him. They are:

1. Keeping focus on God: No matter what was happening to him, Paul never was distracted from God. *"Thou wilt keep him in perfect peace whose mind is stayed on Thee"* (Isaiah 26:3).

2. Focusing his potential on God: The promise to us (God's children) that He will never leave or forsake us. Let the weak say I am strong in the Lord.

4. Talking about God: As we talk about God's wondrous works, our faith is increased and we are better prepared to handle pressures and stresses of life. Paul and his co-travellers were brought to land safely. The others lost their belongings but Paul lost nothing for he had nothing on him but his life. He ministered to them despite his imprisonment.

5. God's Mandate: Anybody carrying divine mandate cannot finish half-way. As long as Paul was in the ship with God's mission to testify to Caesar, he was beyond human or natural destruction. Even today, as we are doing God's work, no evil will overtake us.

Finally, Paul was able to make it to Rome amidst the ragging storm because the purposes of God cannot be thwarted by anything. So, however bad the storm around is raging, put your focus on God, He will bring calm in His time.

ONE WORD FROM GOD CAN CHANGE YOUR LIFE FOREVER!
GOD BLESS YOU IMMEDIATELY FOR VISITING!
87.343 SEREY
4 votes
1 downvote