Change Your Mindset: Poverty and Failure is on Your Mind

Sometimes in life we ​​believe that we cannot be successful, it depends on the way we educate ourselves, by our culture or religion, or by the way our parents have grown up. When we are adults many times that experience remains in our mind that the only thing we think will always be the same as we will study we will get a job we will live on a salary just like our parents and ancestors did living in poverty without hope for better things.

If in your mind are these marks that have led your life to live a life that maybe you do not want, but feel that it is your destiny, today I want to tell you stories that will make you change your way of thinking. 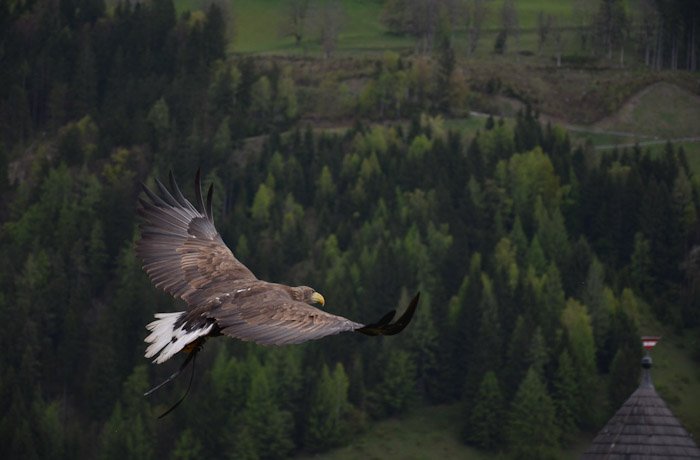 You were born to fly: You are an eagle

One day a man was walking through the forest and found an eagle chick. Seeing it unprotected he decided to take it to his house and put it in a chicken coop. While there, the chick learned to eat the same food as the chickens and to behave like them. One day, a man expert in zoology passed by and asked the owner of the chicken coop, why he had an eagle locked up in the pen.

Since I have given him the same food and he has always been among the chickens, he has never learned to fly, replied the owner. It behaves like them, so it is no longer an eagle but just another chicken.

However, the zoologist insisted, it is an eagle and has an instinct to fly, and it can certainly be taught to do so.

The zoologist gently took the eagle in his arms and said: You belong to heaven, not to earth, you are not a chicken. Open your wings and fly. The eagle, however, was confused and seeing that the chickens were eating, he jumped up and met them again.

The next day the zoologist took the eagle to the roof of the house and encouraged it, saying again: You are an eagle, spread your wings and fly. But the eagle jumped once more in search of the chicken's food.

The zoologist got up early on the third day and took the eagle out of the pen and onto a mountain. He raised her directly into the sun. The eagle began to tremble, slowly spread its wings, and finally, with a triumphant shriek, it flew off into the sky.

As happened to the eagle, many of us lived it, we continue to live it, more here in my country, Venezuela, I cannot speak for other countries, but I know that here it is the same as we believe that this is our destiny that we cannot see further, because that is how we were born. and we grew up with that closed and poor mentality, sometimes wanting to grow to be like other successful people, that many times we believe that the person is successful in life and have financial abundance is a stroke of luck or we even think that they are smarter and have better chances than you.

But I tell you something, it is not like that, each of us have talents in life that we have not developed because we only grew up with that mentality closed in the same and we do not see beyond our corral in which we grew up, we have that fear like the eagle to get out of our comfort zone to experience new opportunities. The same thing happened to me before I met Hive, I thought there was nothing better than just leaving home, working my 8 days, getting home, doing the same thing again, but when Hive arrived in my life things were changing, never I believed that I would become a writer to have my own blog where I tell my experiences and experiences, where I develop issues of personal and financial growth, where I feel like a free and happy eagle flying in the heights, which is not like a martyrdom I felt like going to work doing the same routine every day for almost 15 years, I wanted to get out of that confinement but I didn't know where to turn or where to go or what to do, I felt like an eagle locked in a coral because that's how they raised me.

Today my financial bag has been growing little by little thanks to the rewards of curators and users who support me, I am very grateful to God for guiding me on this path, to life, with the people I share every day on this platform , to my mother for all the support I have had with her in helping me with my daughter, to my daughter for being that rainbow that fills my life with colors. So if you think you have no talents? That you cannot be successful in life because you were born in poverty? Today I have come to say the limits and poverties are in your mind, so you discovered your best talents, because each one has it.

A
A
abangiba1 year ago

If you are very right ... Thanks for stopping by to read and support ...