Despite its legions of drawbacks, Facebook is still the primary congregator of commentary that occasionally produces something compelling, informative, revealing, unique, insightful. You decide. Here's a recent post that - remarkably - drew little response....

"I'm by no means a tough talker or an advocate for violence when others avenues remain available, but we have to draw a line somewhere with respect to rights. If we believe that the 2nd Amendment was created to protect the rights of the people from an over-reaching government, then we have to believe that there comes a time to use it. There can be no clearer time then when the government attempts to strip rights from its citizens, even if by some esoteric legal argument they are able to justify it to themselves. If this passes and, by some measure, it is upheld by the Supreme Court, we will have to decide as citizens if we're going to use our 2nd Amendment rights as intended or give them up and comply. 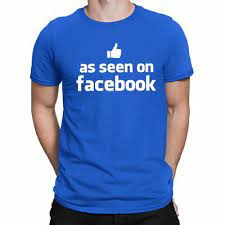 The decision point is important. What it requires is a goal, communication, and willingness for an overwhelming number of people to ACT. And that action MUST happen within 24 hours of whatever the trigger is. Congress has already demonstrated that it will use vetted troops to use lethal force to enact their law. Their response to the Capital Incident clearly demonstrates that. It also clearly demonstrates that they consider any attempt to organize to defend those Constitutional rights to be an insurrection, and will use police, FBI, military, and other armed government agencies, and communications companies to put it down. (Hard to organize when they shut down your cell phones, kill your internet, and take ham radio operators off the air.)

We'll need organization mediums. And we can't let the media continue to poison the less smart individuals in our society against us. We have to call them on their garbage, and when they are caught, we have to get justice for it. Our government is yielding to their shadow government control of our system. A socialist oligarchy has been installed, and they're terrible at hiding it.