The submarine was first discovered by Cornelis Drebbel from Germany. He is the inventor of the first time to build a ship that can sink under water. Cornelis built the ship in the form of a rowing boat which has a depth of up to 4.5 meters covered with leather. An American inventor, David Bushnell also built the submarines that were used during the US war of independence.

Then another American inventor, namely Robert Fulton, built a similar ship, but small later given the name Nautilus which has explosives. Gradually this type of ship was increasingly being developed. Many inventors tested ships powered by steam, gasoline, and even batteries. And finally at the beginning of the 20th century, the diesel powered submarine was invented. The diesel engine is capable of moving the ship under the water surface. In its later journey, an electric motor-powered submarine was created with a battery as an energy source.

This diesel-electric ship was used during World War I and World War II. Then the US Navy used a nuclear-powered submarine named USS Nautilus for the first time in 1954. In Indonesia, submarines have also been produced in-house. A maritime country like Indonesia is one of the countries in Southeast Asia that is capable of building submarines. The ship was built in collaboration with PT PAL and a South Korean company called Daewoo Shipbuilding & Marine Engineering (DSME). The manufacture involved hundreds of reliable technicians.

This Indonesian submarine is named Alugoro, which is currently being produced at PT. PAL Indonesia in Surabaya. This ship's ability has met the stability indicator when floating on the water surface and diving under water. The ship is set for a depth of up to 300 meters. Used for military purposes, submarines also have many functions and benefits in everyday life. The function of non-military submarines is to function in the field of science and interests under the sea. Its function can be as an enhancer of knowledge or can be used as underwater tourism. The ship can be used as a scientific purpose for research and insight into the sea, namely to see the depth of the seabed, as well as to research species that exist in the sea.

The existence of ship navigation and the parts in it can help activities that are difficult to do when diving. With this type of ship, activities like those that have been passed are no longer difficult to carry out. PART OF THE DIVING SHIP The main part of a submarine is a large tank or ballast tank. If it is necessary to dive, the tank is filled with water to make the boat heavy. If used to float at sea level, the water in the tank is replaced with air so that the ship becomes light so that it reports on the surface without fear of sinking.

Another important component is the ship's engine. This engine is powered by fuel. Next is the propeller. The role of ship propellers to make the ship can move through the water. Then the submarine crew itself can carry hundreds of passengers. The next part of the navigation tool which consists of a radar, periscope and sonar. Sonar is a radar-like device that can distinguish and search or inspect objects by sound. This component functions in finding enemy submarines or other targets. It is used to clearly know the condition of the ship, even though it is in the air, you can still see the situation around the ship. 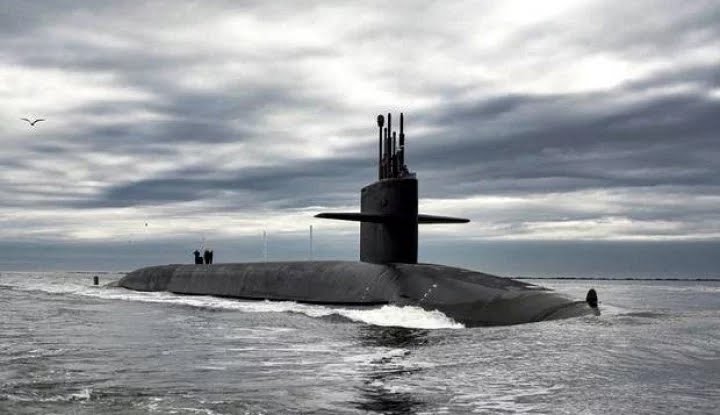 Radar functions to measure and check the distance of an object around the ship. Then, the satellite network is also included in this important underwater ship navigation tool. The above equipment has a very important role in helping the performance of the main parts of the ship. Small equipment can function to keep the air and air clean for the crew when the submarine is diving or sinking in the sea.