Richard Osman was crowned author of the year at the British Book Awards following the runaway success of his debut novel The Thursday Murder Club.
Useless star Osman said his victory for his story of older amateur sleuths was an "absolute dream come true".
Douglas Stuart's hard-hitting debut, Shuggie Bain, also triumphed, which won General Book of the Year, following the success of the Booker Prize in 2020.
The judges qualified Stuart's book, which also won the award from the best first novel, "exceptional".
The Thursday Murder Club follows a group of residents of a retirement village, whose hobby is trying to solve crimes in cold cases until they suddenly find themselves caught up in a murder mystery. . . 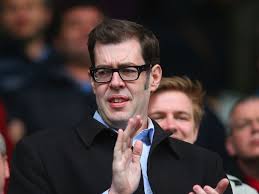 Richard Osman: 'I wish I could have been cooler but I'm not'

Alice O'Keeffe, chair of the industry expert panel, said the success of Osman's book was 'extraordinary'.
"The Thursday Murder Club now holds the record for the longest consecutive run to the top, and it is by far the best-selling first crime film of all time." This success established TV producer and Pointless star Richard Osman as a straight out of the door mega-brand author, making him a natural choice for the British Book Awards Writer of the Year. The book of the year "An Inopportune Moment" is chosen from the winners in nine categories: fiction, first fiction, children's fiction, non-fiction, page-turner, lifestyle, detective novel, thriller, non-fiction and illustrated audiobook, and for children.
Stuart's first winning novel, about a boy growing up in poverty and addiction in the 1980s in Glasgow, beat the competition from books by established authors such as Hamnet by Maggie O'Farrell and the non-fiction Black and British by David Olusoga.
Stuart said of his success: "To all who have embraced history and - especially in such a difficult and strange year - kept literature at the heart of our communities, I am very grateful to you. added: "As a testament to how poverty, drug addiction, and violence take their toll on body and mind, Shuggie Bain remains disturbingly topical.
"I hope that in the years to come, we can read it only as a period piece; purely as a reminder of the way things once were - but for now we also have to read it as an incentive and invitation to change ".