The Strategic Implications of the China-EU Investment Deal

The EU-China Comprehensive Agreement on Investment is a win for China, and a blow to transatlantic relations.

On December 16, 2019, answering a question at an event in Brussels, Chinese Foreign Minister Wang Yi stated that it was unlikely that China could sign an investment agreement with the European Union, because China was a «developing economy.» Fast forward to December 30, 2020. China’s President Xi Jinping held a long-awaited video conference with European Union leaders including Germany’s Chancellor Angela Merkel and French President Emmanuel Macron. 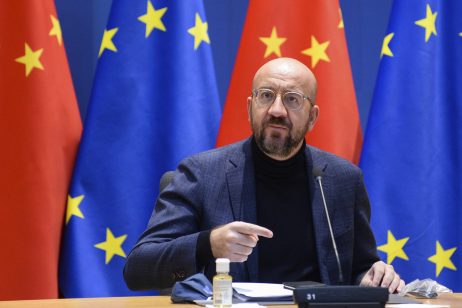 Perhaps too optimistically, the EU press statement of December 30 declared that the new agreement «binds the parties into a values-based investment relationship.» In fact, reportedly the last hurdle in the negotiation of the agreement was the treatment of labor rights.

A Win for China

For China, the EU market is already open to investment with very few restrictions. The CAI will improve access to some manufacturing sectors and to the energy sector, including renewables, but will fall short of facilitating investment in nuclear energy.

President-elect Joe Biden has declared his desire to work more closely with U.S. allies and partners in order to coordinate a stronger response to China. There are legal limits to what the incoming Biden administration can do before taking office.

The agreement now needs to undergo «legal scrubbing» and to be signed by the two sides, before it is ratified and enters into force. On the EU side, it will have to be ratified by the European Parliament.

This article was written by Theresa Fallon

To read the full article, please click on the following link: https://thediplomat.com/2021/01/the-strategic-implications-of-the-china-eu-investment-deal/