How the leaders of China, South Korea, and Japan revealed their divergent ambitions during their speeches to the World Economic Forum. 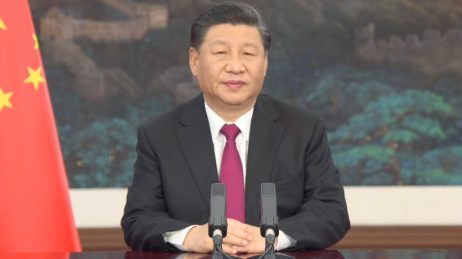 The 2021 conference of the World Economic Forum took place online instead of in Davos, Switzerland. Despite the unusual format, it still attracted many of the world’s leaders, including China’s President Xi Jinping, South Korea’s President Moon Jae-In, and Japan’s Prime Minister Yoshihide Suga.

If the World Economic Forum had taken place in Davos, Xi might have enjoyed a dinner with other leaders, followed by private talks.
Even though he did not leave Beijing, he nevertheless took the opportunity to network.

When the South Korean president took to the virtual podium at the World Economic Forum following his discussion with the Chinese leader, he chose to avoid almost all mention of foreign policy.

The tension between South Korea and Japan also puts a strain upon their trilateral relationship with the United States.

This article was written by Duncan Bartlett

To read the full article, please click on the following link: https://thediplomat.com/2021/02/decoding-davos-the-divergent-agendas-of-xi-jinping-moon-jae-in-and-suga-yoshihide/