The Longer Telegram: A Baby Pacifier for Infantile Washington Policymakers

The Longer Telegram reflects the intellectual, moral, and emotional bankruptcy of what passes for “thought” inside the Washington Beltway, Martin Sieff writes.

But it still deserves careful consideration as an example of the pathetic  – and infantile – intellectual pretensions of Washington’s geopolitical supposed “elite.” And their ever-fresh infantile wonk needs to be “tougher”, “bigger” and “better” than their childhood heroes such as George Kennan and George Marshall.

Francois-Marie Arouet – Voltaire – shredded the remaining pretensions of the thousand-year-obsolete Holy Roman Empire in his day (the 18th century Enlightenment) by pointing out that it was not Holy, nor Roman nor even an Empire. Similarly, the “Longer Telegram” that purported to lay out a new US National Strategy towards China is not a telegram at all. The title of course comes from George Kennan’s now revered – as secular American Scripture – “Long Telegram” of 1946 to Secretary of State James Byrnes that was eagerly seized upon as the blueprint for supposed containment of the Soviet Union throughout the Cold War.

(Kennan in fact condemned US global policies of confrontation, militarization, and destruction of democracies around the world from the 1950s on as a travesty of what he had advocated. He lived long enough to condemn the US expansion of NATO  throughout Central Europe in the 1990s as the greatest catastrophic US policy decision of the post-Cold War world, as I heard him say in person.)

But no matter, the Atlantic Council – part of the heart and soul of the US neoconservative/neoliberal think tank foreign policy establishment in its age of infantile regression – must have its Pacifier or Baby Comforter to reassure itself that it will still Run the World (at least in its own imagination) half a century from now: And that is the purpose of the “Longer Telegram.”) 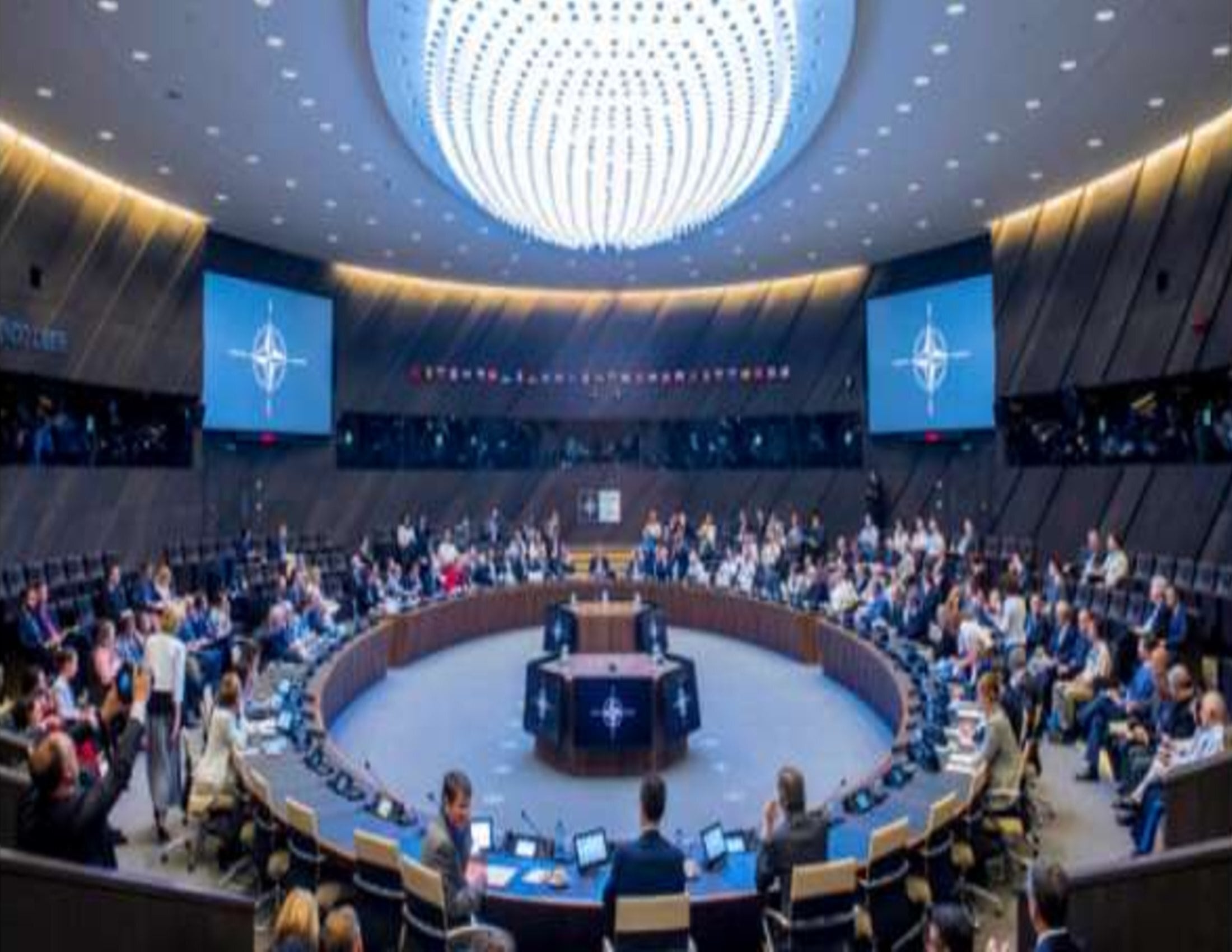 For the Longer Telegram of course is not a telegram at all. Telegrams are ludicrously obsolete in our modern high tech world of the 21st century. We Veteran Foreign Correspondents have never bothered to use them for 30 or 40 years or so. The very Executive Summary of the Longer Telegram gives that aspect of the game away. Since when has anyone ever heard of any telegram having an “Executive Summary”? The entire point of telegrams for the 150 years of their practical existence from around 1840 to 1990 was that they were terse and succinct to save money on the cost and speed of transmission.

The Longer Telegram is not only not a Telegram: It is not terse or succinct at all. It ponderously, pompously and slowly lays out a policy for a generations-long global confrontation with China with eventual aim of imploding China and destroying China’s unity, prosperity and industrial power. Its ultimate aim in fact is to do what the British and French Empires – the First NATO – did to China in the First Opium War of 1839-42. That war unleashed a nightmare century of slavery, drug addiction enslavement, humiliation misery massacre and death on the Chinese people.

Chinese leaders are understandably enraged at “The Longer Telegram” whose neocon/neolib authors coyly elected to remain anonymous, again childishly trying to echo Kennan’s initial anonymity as “X” for his later 1947 article on Soviet foreign policy published in “Foreign Affairs” magazine. In fact, the 2021 Longer Telegram bears all the marks of a misshapen monster designed by committee.

However, Beijing should not fear the Longer Telegram for its most crucial and salient characteristic is that is delusional, worthless nonsense. The global unified alliance of the United States and the nations of Europe and Asia against Big Bad China is never going to happen. The United States in the Golden Age of Joe Biden (and Kamala Harris) is too chaotic, too confused, too divided and its leaders too ludicrous to ever bring it about.

The Longer Telegram is a misshaped Frankenstein baby born of the inbred Washington Deep State Establishment. America’s insane 18 main (of course there are hundreds of others) so-called “intelligence ” agencies (an obvious oxymoron but let that pass) are embracing it. So are the bipartisan performing baboons of Congress and their multiple thousands of staffers and so of course are the enormous defense contractor corporations from whom all greenback blessings ultimately flow.

Most revealing of all, the Longer Telegram reflects the intellectual, moral and emotional bankruptcy of what passes for “thought” inside the Washington Beltway. The Beltway Establishment can no longer even manufacture any plausible new justifications, myths or downright lies to con the American people into pouring out the remains of their rapidly disappearing and stolen wealth and sending their precious children off for more to die and have their limbs blown off in more yet decades of needless, meaningless global wars.

Instead, the rotting skeletons of arguments made in a different place, for a different world, three-quarters of a century ago must be dusted off and pulled off their dust-covered shelves to be recycled for the totally different circumstances of the 21st-century world. Since Washington, as I have previously pointed out, is now run by Liberal Zombies whose ideas really died 50 years ago.

Therefore, it should be no surprise that the apologies for “ideas” and “strategies” they frantically reach out for should be pacifiers for babies and zombie ideas exhumed from their long-forgotten graves as well.

To get full access to the link in the article visit: https://www.strategic-culture.org/news