Their “solution” to the problem is doing exactly what Radical Feminists want – for men to give up and go silently off into the night forever.

Third-wave Feminism and now Fourth-wave Feminism have become the status quo. No matter how much “woke” politically active people complain about “The Patriarchy”, the fact is that the big multinational corporations and many of the governments of the world are on their side. It is everywhere in media, products and educational curriculum. Feminism has challenged us all to try to live in a new different way disconnected from the past and what many would see as human nature. With time, to this pursuit of building a utopia of sexual equality there would naturally arise some sort of countermovement. No matter what the mainstream ideology is, it will never satisfy everyone and other options will fight for their place under the limited ideological sunlight. Of the growing groups of those who reject feminism it would seem that the “winner” as it stands today is certainly the MGTOW movement which has been exploding over social media, especially YouTube. The problem is that their “solution” to the problem is doing exactly what Radical Feminists want – for men to give up and go silently off into the night forever. 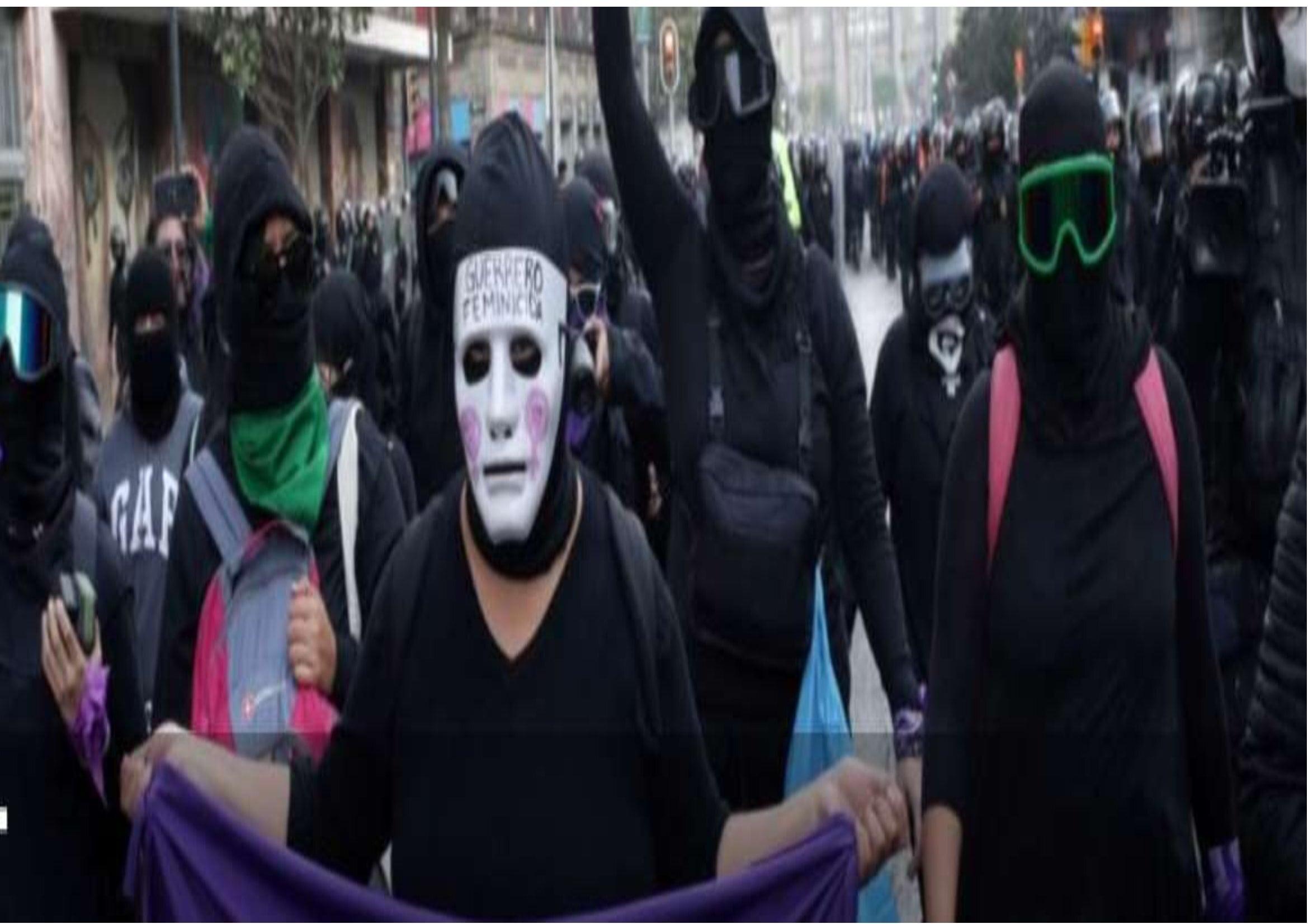 The MGTOW movement stands for “Men Going Their Own Way” which is their response to the family and relationship-unfriendly world that the Feminists are building. Their method of doing this looks like a form of peaceful protest – walking away from society to be completely alone. Essentially, the logic is that since the deck seems to be stacked against men especially in terms of divorce policies it is best just not to play the game at all and reject women and especially marriage entirely. They believe that it is better to go lone wolf as to not be exploited for their resources, paying “child support” to bitter exes for kids they are not even allowed to see, even if that means zero physical contact with women and dying alone in a trailer.

On the one hand this way of thinking makes sense and does fit a stereotypically male mindset which is probably why it is so popular. It is a natural male response to a problem, be it a horrible job, the betrayal of a friend or some other issue to just bail on the problem and possibly start over. This is a sort of “take this job and shove it” attitude that makes perfect sense to the male mind and on some level it even seems bold and heroic. History is filled with monks, hermits, sages, ronin samurai and others who left society for very lonely yet possibly fulfilling existence. This tendency seems to be predominantly for men.

Much in the way that Feminism is rooted in a stereotypical negative female mythos of victimhood and hysterics and demanding to be taken care of by others just for breathing, MGTOW is rooted in some sort of sole-survivor macho logos that can be found in many video games and movies especially about the Apocalypse – which is a power fantasy enjoyable only by the weak and helpless.

Divorce laws are unfair, the overwhelming majority of homeless are men, men are vastly more likely to suffer from violence. Feminists continue to dream up new forms of madness like making men across the UK have a 6pm curfew so women feel safe. The correlation between fatherlessness and a whole host of life problems for children is undeniable, and the kind of “woman” that Feminists want to make will be so “independent” and “strong” that she is destined to die alone and unloved. Yes, the rainbow-haired Liberal crowd has lost their minds long ago, but ultimately they are winning in their battle to destroy “Patriarchy” i.e. every last shred of the remnants of how the world worked before WWII. And “worked” is the keyword as despite our massive technological advancements, humans in the West especially, cannot execute the most basic and important function of society – making lasting families.

The death of the family, one of the occasionally stated but always felt goals of the Feminists, is happening before our eyes and society if suffering from this. We are obese, fatherless, miserable, drug addicted and unable to form lasting relationships and the children we do produce in limited numbers are subjected to a castrated childhood of “safety” and bizarre Post-Modern kindness-overloaded genderless expectations.

And when faced with the death of the family MGTOW’s answer is to just give up. Men’s Rights Activists (MRE’s) at least try to fight for what they believe in legislatively, but MGTOW just says to buy a dog and go live in a trailer, so no woman can exploit you. When you boil this reasoning down to its core it is both pathetic and acts in a way that is contradictory to its desired outcome. The situation is working out to look like one of those Hegelian Dialectics that are all the rage nowadays…

Thesis: Feminism fights to destroy the family/traditional society under the guise of fighting Patriarchy/Inequality. They use a rhetoric of victimhood and exploitation that suits women and pulls on the heartstrings of men in a natural way to want to protect them.

Antithesis: MGTOW’s solution is to walk away from this situation as a victorious lone-warrior relying only on one’s self, which is a mythos that speaks to almost all men on some level. It looks like rebellion but it is actually submission.

Synthesis: The result is that the Feminists get what they want and the family dies along with Patriarchy (coded language the old way of doing things especially under Christianity) and masculinity in general.

If there is to be an answer to today’s hateful anti-family anti-human dominant ideological trends from men, then it needs to tap into a different aspect of the male mythos – the will to fight. This is in direct contrast to the mystique of walking into the desert alone. Men were made to butt heads, to conquer, to be aggressive. We should not forget that before the seemingly endless hell of modern warfare in WWI, the male of the species really suffered no mental trauma from the horrors of war with blade and musket. The evidence suggests that most men were born to fight and that this for the male of the species is normal. The answer is in the aggressive masculinity of knights, legionnaires, and Zulus, not lone wanderers.

A form of hyper-masculine reasoning will not provide an antithesis in some Hegelian Dialectic. Furthermore, the promotion of what was a successful mythos for manhood for centuries should be rather appealing and not just to men. The idea of a male provider/protector who knows what they want and takes it will certainly win over a lot of women after they get past the programming of “strong independence”. This strategy will work, MGTOW, will not.

But we should also not forget that one of the huge intellectual barriers in rejecting the wacky paranoid notions of Feminism is our own Liberal system.

For some reason, generations ago thought it would be obvious and natural to build a system based around the individual when humans have existed in groups since the dark days of prehistory. This rejection of groups as a whole giving the individual his “Liberty” also laid the foundation for the downfall of the traditional and then the nuclear family. When all that matters is “me” there cannot be healthy families. Our ancestors often saw the family as the base unit of society, not this new idea of the individual, and we cannot forget this.

When Liberty was enshrined as the core concept of the West and rights were issued out, they were given only to men, meaning that individual male humans were the only actors politically speaking. There were individual men with expressed rights and unmentioned non-actors in a way it was like there were only men and minors by today’s reasoning. The interesting thing is that as time went on rather than adding women as a new type of actor we instead chose to just make women into “men” legally speaking, which is extremely insulting to women and completely devalues their role in humanity.

It was essentially implied by Liberalism that the only way for women to have value was to be put into the male status of being which is a tendency that still rings true today. Motherhood gets zero respect in society when it is just as critical for the future as everything that men do in fancy suits at meetings or welding under bridges. If perhaps we had a dualistic rather than purely individualistic Liberalism there would have never been the rise of Feminism trying to achieve a status of equality by ironically rejecting femininity to become part of the boy’s club. Perhaps the real fight lies not in battling what Fourth-wavers are screaming online but in moving away from Liberalism which is essentially a uni-gendered construct that will NEVER suit the needs of our blatantly dimorphic species.

If there is an answer, it is not MGTOW but some confluence of hyper-masculinity and the rejection or revisioning of Liberalism to account for the existence of men, women and the family. Also by this author
Tim KIRBY
To get full access to the link in the article visit: https://www.strategic-culture.org