Wheat and maize are being cultivated extensively in Bangladesh. 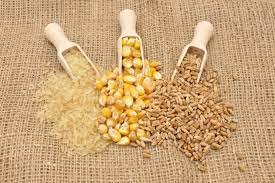 Wheat is a globally produced herbaceous plant that originated in the Crescent Fertile region of the Middle East in 9600 BC. At present wheat is widely cultivated all over the world. Wheat is grown in more places than any other grain crop in the world. Wheat is an important source of carbohydrates. Wheat is the main source of essential vegetable protein for the human body. Maize, on the other hand, is a cereal crop that was first cultivated 10,000 years ago by indigenous peoples in southern Mexico. Maize production is higher in the world than wheat and paddy. However, only a small part of it is used directly as human food. Corn is being used as a staple food in many countries of the world. In the 2019-20 season, the world production of wheat and maize is 809 and 1050 million tons respectively. The importance of wheat and maize as cereals in Bangladesh is immense. Wheat is more nutritious than paddy, agricultural resources are economical and environmentally friendly. Wheat cultivation is profitable for farmers as production cost is low. On the other hand, with the development of the poultry and fisheries sector in the country and the use of large quantities of maize as feed, it is indirectly contributing to meet the nutritional needs. Maize cultivation is profitable for farmers as productivity per hectare is high. With the growing population, changing diet and development of poultry and dairy farms, the demand for these two nutritious crops is increasing rapidly. Recently, Bangladesh has become the top fifth country in the world in wheat import. At present, the country is producing 12.5 lakh tonnes of wheat on 3.42 lakh hectares of land and 54 lakh tonnes of maize on 5.54 lakh hectares of land, besides importing about 60 lakh tonnes of wheat and 1.4 lakh tonnes of maize every year at huge foreign exchange. In order to reduce this massive import dependence from abroad, it is imperative to increase domestic production of wheat and maize through modernization and expansion of research fields.
A comparative picture of the nutritional value of wheat and maize
Wheat and maize are important cereals in terms of nutrition. Wheat is the main source of vegetable protein. Comparison of food quality of wheat, maize and rice per 100 gm Table-1 Note.
Use and benefits of wheat as food
Wheat is used to produce a variety of food items. Such as: bread, pastries, crackers, biscuits, cakes, rolls, burgers etc. Guten is an important ingredient in wheat yeast, which is made from wheat flour. Wheat is also being used to make biofuels. Wheat straw is used to calculate the food and construction materials of domestic animals.
The red flour of wheat has three parts: a) bran (itha) b) germ (ebats) and c) endosperm (ehfaranghvats). Bran is the hard outer layer of wheat that contains fiber, minerals and antioxidants. Germ is a highly nutritious food rich in high protein. Wheat grows from germs. There are 23 nutrients in germs and the amount of nutrients per ounce is more than any other grain or vegetable. It contains about 26 percent protein and more than most animal proteins. Germs contain more potassium and iron than any other food. White flour is made by removing wheat bran and germ. Wheat contains 12-15% fiber by weight. White flour contains very little of this fiber. So it is better to eat red flour to get full nutrition from wheat.