The Politicians We Need

Fair Haven, Vermont, chartered in 1779, is a town of less than 3,000 people noted for its late nineteenth-century architecture. But this is not what makes the town unique.

Fair Haven operates under a council–manager government with a town manager and a five-member board to supervise the local government. There is no mayor. Instead, an animal is chosen as mayor every year in a ceremonial mayoral election. In 2020, a Cavalier King Charles Spaniel named Murfee was elected as mayor. Last month, in a race that contained nineteen candidates—including dogs, cats, horses, chickens, and birds—the incumbent dog mayor was reelected to a second term.

This is just the kind of politicians we need.

Won’t order the bombing of other countries.

Won’t punish people for engaging in entirely peaceful, voluntary, and consensual actions that do not aggress against the person or property of others.

Won’t take people’s resources against their will, by force if necessary, and transfer or redistribute them to other citizens or foreigners.

Won’t lock people in cages for possessing too much of a plant.

Won’t force some Americans to pay for the health care of other Americans.

Won’t be involved in television or radio broadcasting.

Won’t require anyone to be vaccinated.

Won’t tell people not to travel.

Won’t tell people not to sing in church.

Won’t limit the capacity of stadiums, stores, and restaurants.

Won’t mandate how many handicapped parking spaces a business should have.

Won’t force some Americans to pay for the education of other Americans.

Won’t interfere with the free market.

With politicians like this, the government will just leave us alone.

The “sum of good government,” said Thomas Jefferson in his first inaugural address, is “a wise and frugal Government, which shall restrain men from injuring one another, shall leave them otherwise free to regulate their own pursuits of industry and improvement, and shall not take from the mouth of labor the bread it has earned.” 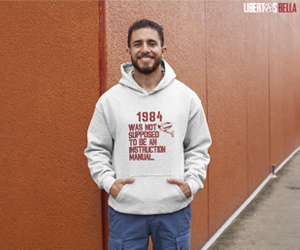 It looks like putting a dog in charge of the government is the only way to achieve such a government.