The congresswoman's latest remarks misunderstand or reject the key role the Supreme Court plays in safeguarding our constitutional liberties. 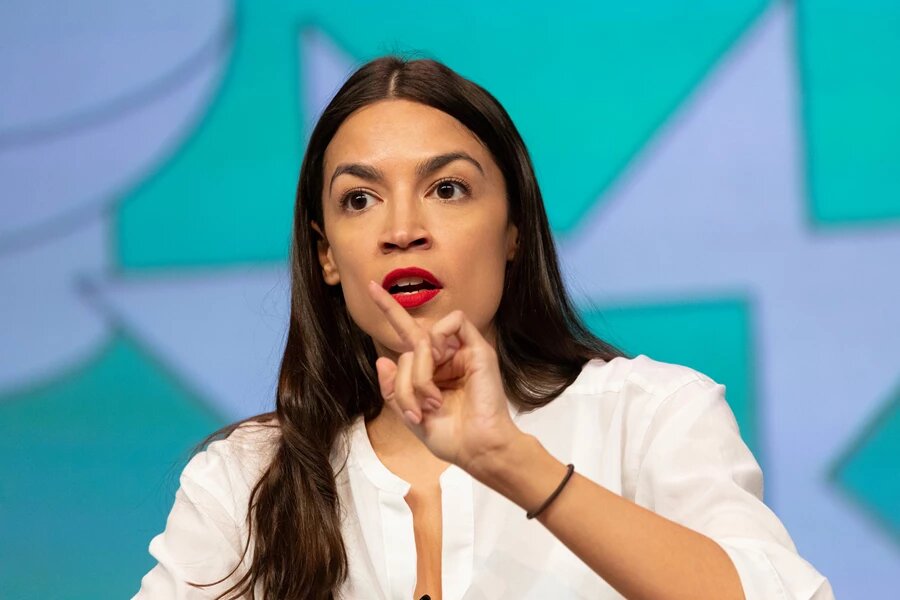 Like every new member of Congress, Rep. Alexandria Ocasio-Cortez pledged to uphold the Constitution when she was sworn into office. But the socialist congresswoman’s latest criticism of the Supreme Court reveals that she lacks even the most basic understanding of the document she promised to protect.

Ocasio-Cortez weighed in on the latest proposal from several prominent Democrats in Congress to “pack” the Supreme Court by adding four new Democrat-selected justices to the bench to skew its ideological balance in their party’s favor. This proposal is disastrous and dangerous in and of itself. Yet, the congresswoman not only endorsed the plan to turn the Supreme Court into a rubber stamp but essentially suggested that she doesn’t believe the high court should act as a check on Congress at all.

According to Fox News, Ocasio-Cortez questioned why the justices "can overturn laws that hundreds and thousands of legislators, advocates, and policymakers drew consensus on."

“How much does the current structure benefit us?" she asked. “I don't think it does."

With these remarks, the congresswoman misunderstands or rejects the very role the Supreme Court plays in safeguarding our constitutional liberties. She decries the fact that the judiciary can overrule elected policymakers, but that’s exactly the point. The reason we have a First Amendment, for example, is because our right to freedom of speech is supposed to be off-limits — yes, even for “laws that hundreds and thousands of legislators, advocates, and policymakers drew consensus on.”

In fact, the Supreme Court’s history is littered with examples in which laws enacted by democratic majorities were struck down by judges in robes to protect our freedoms. Here are just a few:

Studying all the cases in which the Supreme Court has served this important anti-democratic role to protect our freedom would take years. Ocasio-Cortez’s comments suggest that she thinks majoritarian support alone should be the criteria for a public policy’s legality. The congresswoman ought to reflect on this given the fact that such horrors as slavery, segregation, and the denial of women’s suffrage all once commanded huge majorities of public support.

The very point of our Constitution is to establish between the different branches of our government a system of checks and balances, so they keep each other from overreaching and violating our rights. By striking down laws that go beyond the Constitution’s bounds, the Supreme Court plays a vital role in keeping Congress in check. Politicians can still pursue the mandate voters have given them; they may simply have to rewrite legislation or pursue alternate paths to comply with the Constitution.

That Ocasio-Cortez seemingly thinks the Supreme Court should rubber-stamp anything she and her colleagues pass with majoritarian “consensus” reveals a woeful misunderstanding of or utter disdain for the Constitution she’s sworn to protect.