Unemployment During the Pandemic Expected to Cause 900,000 US Deaths, New Economic Study Finds

A new National Bureau for Economic Research paper projects 890,000 additional deaths may result over the next 15 years from actions taken to mitigate the spread of the coronavirus.

The toll of the coronavirus has been severe. But a new study has found that the collective response to the virus may ultimately claim more lives than the virus itself.

In a new National Bureau for Economic Research paper, researchers from Harvard University, Johns Hopkins University, and Duke University concluded that a staggering 890,000 additional deaths may result over the next 15 years stemming from actions taken to mitigate the spread of the virus.

“Our results suggest that the toll of lives claimed by the SARS-CoV-2 virus far exceeds those immediately related to the acute COVID-19 critical illness and that the recession caused by the pandemic can jeopardize population health for the next two decades,” the researchers said.

Specifically, the researchers cite unemployment spikes from lockdowns and other government restrictions that were two to five times larger than typical unemployment shocks.

Rising unemployment has long been correlated with higher death rates. 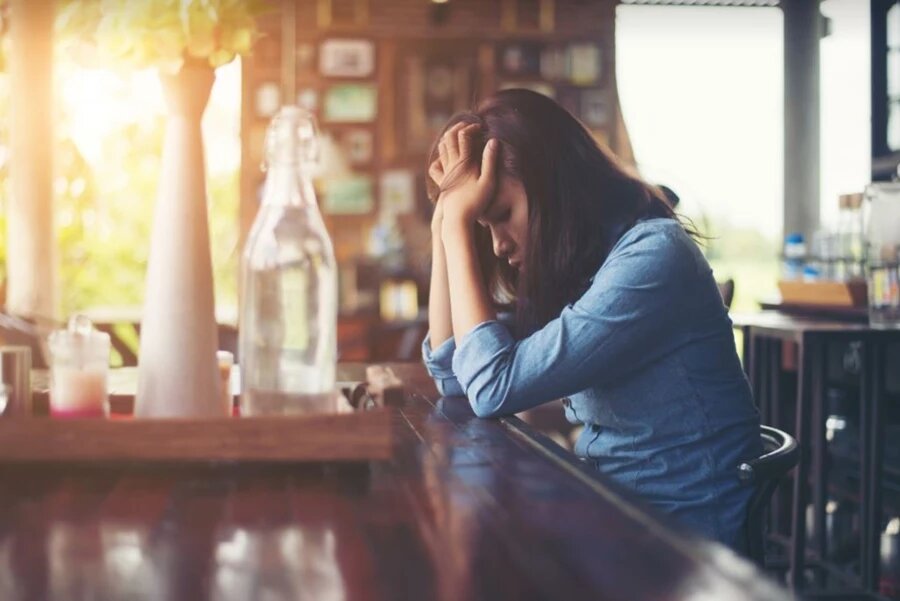 “We ... predict that the shock will disproportionately affect African-Americans and women, over a short horizon,” the researchers said, “while white men might suffer large consequences over longer horizons.”

Sad, But Not a Surprise

The findings are, to say the least, disheartening. Americans have already experienced more than 400,000 deaths from the virus, and government efforts to slow the spread of the virus have also taken a severe toll.

Yet, the findings should not be surprising. Rising unemployment has long been correlated with higher death rates. A 1979 study concluded that for every 10 percent increase in unemployment, mortality increased by 1.2 percent. For this reason, social scientists have long argued that employment and economic growth are essential components of a healthy society.

“Economic growth is the single most important factor relating to length of life,” said Yale School of Medicine professor M. Harvey Brenner in 2002, following completion of a pivotal study exploring the relationship between unemployment and mortality. “Employment is the essential element of social status and it establishes a person as a contributing member of society and also has very important implications for self-esteem.”

The Yale study’s findings are not unique. A 2014 article in Harvard Public Health magazine points to an abundance of research that reaches a similar conclusion: employment disruptions come with severe costs to mental and physical health. The body of research includes a 2011 meta-analysis—published in Social Science & Medicine—that concluded the mortality risk was 63 percent higher for individuals who experienced unemployment than those who did not.

We interpret these results as a strong indication that policymakers should take into consideration the severe, long-run implications of such a large economic recession on people’s lives when deliberating on COVID-19 recovery and containment measures,

There are a multitude of reasons mortality risk increases during periods of unemployment, but the primary reason appears to be that unemployment literally makes people sick. A 2009 study by sociologist Kate W. Strully in the journal Demography concluded that losing employment from a business closure increased by more than 80 percent the risk of new health conditions that are likely to stem from job losses.

“I find that job loss harms health, beyond sicker people being more likely to lose their jobs,” Strully wrote. “Respondents who lost jobs but were reemployed at the survey faced an increased risk of developing new health conditions.”

These conditions included stress-related ailments such as diabetes, hypertension, stroke, heart disease, and arthritis, as well as various emotional and psychiatric conditions.

Acknowledging the Severe Tradeoffs of Lockdowns

There seems to be little debate that employment is not just a matter of cashing checks, but also of health and wellness. This is why last April I warned the historic surge in unemployment could have a profound impact on human health and lives.

At the time, fear of the virus had gripped so many that the long-term consequences of lockdowns were rarely discussed, let alone acknowledged. This is a mistake, authors of the NBER paper say.

“We interpret these results as a strong indication that policymakers should take into consideration the severe, long-run implications of such a large economic recession on people’s lives when deliberating on COVID-19 recovery and containment measures,” researchers said.

Whether lockdowns saved more lives than they claimed is likely to be a subject debated for years.

This conversation is particularly important in the wake of new findings that show the steep costs of lockdowns may have had no clear benefits.

"We do not question the role of all public health interventions, or of coordinated communications about the epidemic, but we fail to find an additional benefit of stay-at-home orders and business closures," the researchers concluded.

“Without any doubt, lockdowns save lives, but they also contribute to the decline in real activity that can have severe consequences on health,” researchers said.

Whether lockdowns saved more lives than they claimed is likely to be a subject debated for years. The NBER research doesn’t answer the question, but it does thoroughly demonstrate the severe costs of lockdowns.

While the human toll of the lockdowns becomes more clear, we’d do well to remember that health is hardly the only adverse consequence of mass unemployment.

Yet it’s important to remember that researchers analyzed just one cost of lockdowns: unemployment and human health. This is of course appropriate for an academic study. However, as the economist Frédéric Bastiat reminds us, an action gives birth to not just one effect, but an entire sea of them, some of which are visible, and many of which are not.

So while the human toll of the lockdowns becomes more clear, we’d do well to remember that health is hardly the only adverse consequence of mass unemployment.

“Permanent mass unemployment destroys the moral foundations of the social order,” the economist Ludwig von Mises once observed. “The young people, who, having finished their training for work, are forced to remain idle, are the ferment out of which the most radical political movements are formed. In their ranks the soldiers of the coming revolutions are recruited.”

The moral foundations of our social order are admittedly more difficult to quantify than human lives. But, considering the violence and upheaval of 2020, we may soon learn they are just as important.