Tom Brady is just the latest example of a crypto trend that is rapidly accelerating.

Tom Brady just threw fuel on the rumor that he’s loading up on Bitcoin.

It started on Sunday when Brady retweeted a user who suggested the seven-time Super Bowl champion “should turn on laser eyes” —a meme used by cryptocurrency fans to show they’re bullish on bitcoin. 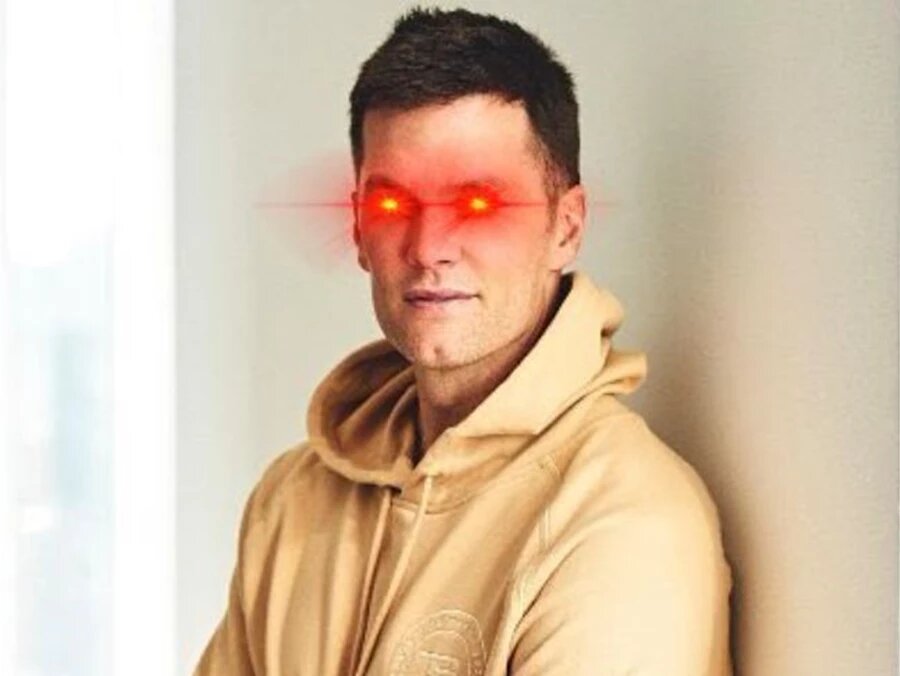 “Hmmmm should I change it??” Brady asked, referring to his Twitter profile picture.

Brady’s retweet prompted a flood of memes of the NFL star with red eyes (as well as other crypto memes from fans urging Brady to buy other currencies). But the big news came hours later, when the Tampa Bay Buccaneers QB essentially confirmed the rumor that he’s a bitcoin holder and changed his profile picture to laser eyes.

Brady is just the latest example of a trend that is rapidly accelerating. People are loading up on cryptocurrencies—decentralized currencies not subject to manipulation by banks or the federal government—which has sent prices surging in recent years and months.

The price of bitcoin has increased from less than $500 to $57,000 the last five years. More recently, the price of rival cryptos Ether and Dogecoin have increased more than 2,000 percent and 12,000 percent, respectively, over the last year.

High profile purchasers have included Elon Musk, who purchased $1.5 billion in bitcoin through Tesla in February, and Trevor Lawrence, the No. 1. pick in the 2021 NFL draft, who announced he was putting his entire $22.5 million signing bonus into cryptos through the investment app Blockfolio.

Businesses are also increasingly embracing cryptos for business transactions. Surveys show that about a third of small and medium-sized American businesses accept cryptos as payment, and more are joining every day.

On Monday, for example, the online gift store Sam and Zoey announced they were expanding their crypto payment system to include Dogecoin.

“Accepting cryptocurrency, including Dogecoin, seemed like a natural next step for us—we have a history of listening to what our customers want,” said Ben Schwartz, E-Commerce Director of Sam and Zoey.

The flood of crypto news makes it clear something is happening. Why it’s happening has received less attention.

The answer isn’t a mystery. Confidence in the dollar specifically and fiat money generally is waning. This also is no surprise. The Federal Reserve has been pumping money into the economy at a ludicrous rate—the Fed’s balance sheet topped $7 trillion in 2020—and shows little sign of slowing down in the long term.

The unprecedented money printing is causing not just fears of inflation, but actual inflation.

Buffett is not wrong. The Wall Street Journal on Sunday reported that prices are rising across the board. Commodities such as lumber, copper, and steel have surged to record highs, while grocery items such as seafood, corn, cheese, and baked goods have also jumped.

“Of the 52 grocery categories tracked by Nielsen IQ, 50 are more expensive than they were a year ago,” reports the popular business email Morning Brew, which noted the prices of cars and houses are also rising sharply.

Treasury Secretary Janet Yellen and Fed Chair Jerome Powell contend that this inflation is only temporary.

"An episode of one-time price increases as the economy reopens is not the same thing as—and is not likely to lead to—persistently higher year over year inflation into the future,” Powell recently told reporters.

Markets are less certain—and for good reason. For two decades, our leaders in Washington, D.C., have shown they simply can’t stop printing money.

The economist Milton Friedman once said that inflation is caused by “too much money chasing after too few goods.”

That’s exactly where we are today, which is why the smart money—including Tom Brady’s—is flowing into cryptos.